The advice from counselors follows disputes in recent days which led to either guns or gunfire at some of the Memphis area's more popular public places. 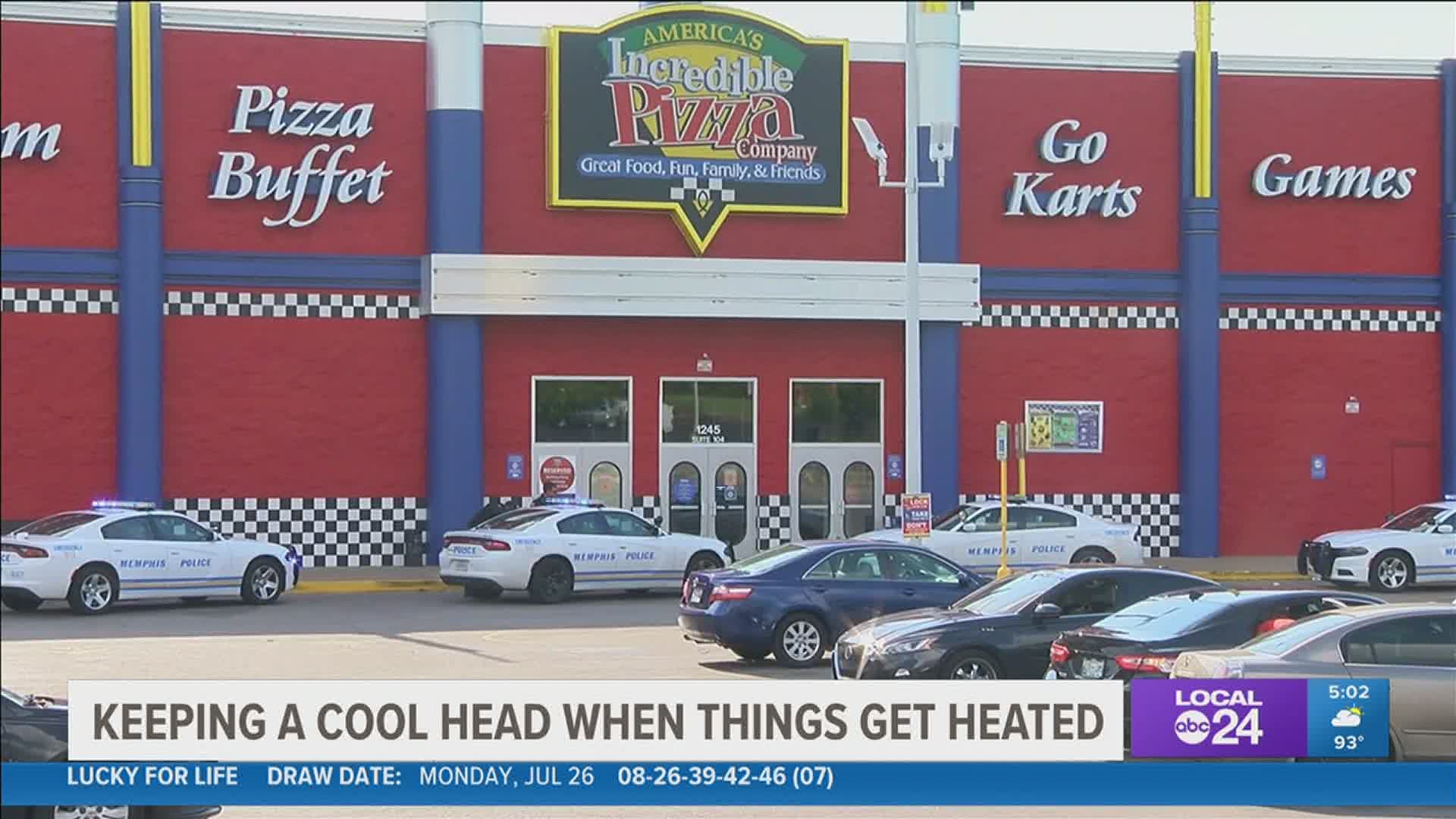 MEMPHIS, Tennessee — "It is a problem - people knowing each other creates an added element of tension," Teresa Hall-Franklin said, an anger management counselor in Memphis for nearly two decades.

Whether it's disputes between friends or strangers, Hall-Franklin is concerned about increased volatility - and shorter fuses - with scorching temperatures across the area.

"There's just so much unresolved tension people are dealing with. It takes really nothing to push that person over the edge," Hall-Franklin said.

That unleashed anger played out this weekend - including Saturday - when Memphis Police said an argument between two families led to two people shot inside America's Incredible Pizza Company in Cordova.

Sunday, authorities said a man took a semi-automatic rifle out of his car outside Oak Court Mall, after a fight inside.

"If they have access to a weapon, then there you go. They are venting that frustration and that rage, on sometimes an innocent bystander," Hall-Franklin said.

"As those temperatures are elevated, people aren't really prepared for it. I'm hot. I'm sweaty. AC is out, air conditioning issues, HVAC, financial stressors - all of that is playing into it," Hall-Franklin said.

The counselor added with such encounters recently unfolding in public places - and putting innocent people at risk - she reminded the public to know when to walk away.

"Do what you can to, you know, calm people, but when it's jeopardizing or threatening your life, yeah, take precautions," Hall-Franklin said.