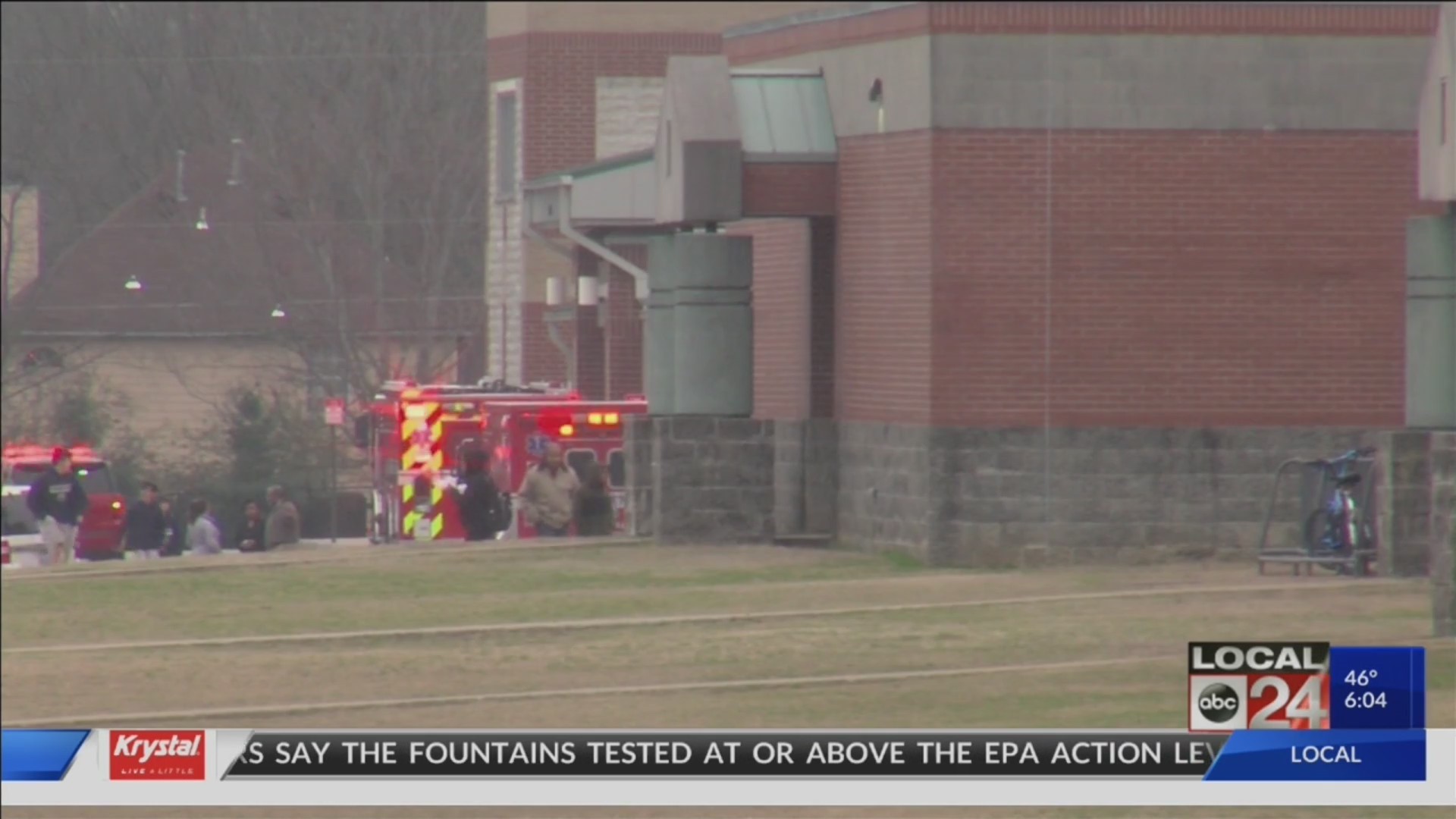 Based on preliminary tests at Kate Bond MS, the Memphis Fire Department and SCS Risk Management’s carbon monoxide readings have come back negative.

However, we will err on the side of caution and CLOSE SCHOOL tomorrow, January 31, as we bring in another external agency to conduct more air quality tests.

The safety of our students, teachers, and staff is our top priority.

Preliminary testing at Kate Bond MS has come back negative for carbon monoxide, however, the school will be CLOSED tomorrow, Jan. 31, for further testing. The safety of students and staff is our top priority. @Kbmskodiaks

When MFD arrived on scene, they found four studentsin the school nursing office with complaints of feeling sick. The students weretested, and Lt. Wayne Cooke says they may have suffered low levels of carbonmonoxide. We are told they were complaining of symptoms of nausea, shortness ofbreath, and dizziness.

Lt. Cooke says while the four students tested positive for carbon monoxide in the original evaluation, there are no definitive results as of yet.

“It  was low level carbon monoxide,” said Lieutenant Wayne Cooke with the Memphis Fire Department. “It appears it came from a heating unit and all of your heating and ac units are on the roof, those units were disabled, disconnected.”

JUST IN – Lt. Wayne Cooke with Memphis Fire says 4 students tested positive for low levels of carbon monoxide. More than 20 were tested total. This situation came to light because a student in a 2nd floor class reported shortness of breath. (1/3) pic.twitter.com/ASfwPjC3c4

Lt. Cooke says it was later found that a heating unit on the roof above the classroom may have been leaking levels of carbon monoxide.

The entire school was evacuated – roughly 1,150 students – next door to Kate Bond Elementary.

“I was unprepared. I didn’t know, my sister just said come get me it’s an emergency, so it was kind of scary,” said Taylor Heaston, whose sister attends Kate Bond Middle School.

The four students were taken to the hospital. An additional 18 students were tested for carbon monoxide as a precaution. We are told those students’ tests came back negative in the original evaluation.

MLGW disconnected the heating unit. Currently, the entire school’s units are being tested to make sure they are not malfunctioning or leaking carbon monoxide.

There’sno word yet if school will be in session Friday.

SCS says robocalls and texts were sent to parents about 45 minutes after the emergency call went out.

Statement from SCS: “MFD tells us that their initial readings at Kate Bond Middle, along with student symptoms, indicated the presence of carbon monoxide inside the school. However, MFD now tells us the presence of carbon monoxide has not been confirmed at the school and systems are still being tested. We will share more information as it becomes available.“