MEMPHIS, Tenn. (localmemphis.com)- For the first time, some Mid-South homeowners are learning about a proposed crude oil pipeline that would run through Shelby,... 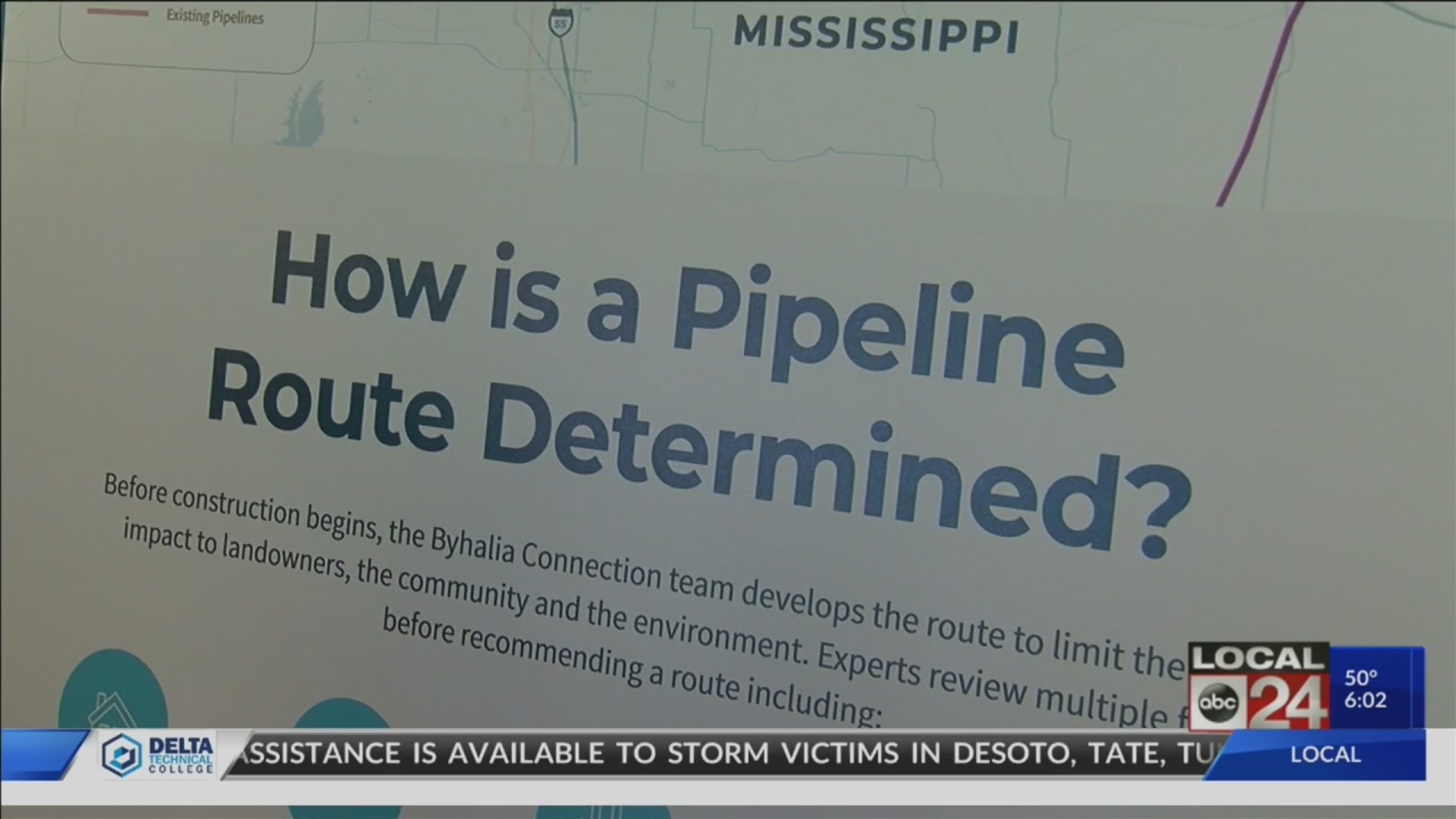 MEMPHIS, Tenn. (localmemphis.com)- For the first time, some Mid-South homeowners are learning about a proposed crude oil pipeline that would run through Shelby, DeSoto and Marshall counties.

The so-called Byhalia Pipeline brought out neighbors plus land and environmental agents to a question and answer  session at Mount Vernon Baptist Church in the Westwood area of Memphis.

Plains All American Pipeline and Valero Refinery want to build the 45-mile pipeline along a route that would connect two existing crude oil pipelines, known as the Diamond  and Capline.

“It may be scary for some folk and for us it’s about alleviating those fears and letting them know that a pipeline is the safest way to transport crude oil,” said Deidre Malone, Public Affairs Advisor of Plains All American Pipeline.

But residents who would live near the pipeline told Local 24 News they remain skeptical.

“We don’t like it because this is being done so that we can export crude oil that we are digging up in the permian base in Texas,” said Scott Banbury of the Sierra Club. “Valero already has a pipeline coming to serve it.”

It doesn’t appear residents have many options. Already, Malone says the company is in the permitting phase. Construction should start at the end of the year, and the pipeline should go live by the end of 2021.

If residents still have questions, please refer to the Find It section of localmemphis.com for more information.