Legacy of Elmertha Cole lives on at Memphis hotel

Eight and Sand Bar at Central Station Hotel Memphis memorializes influence of piano and organ teacher to well-known musicians in a dj console built into organ. 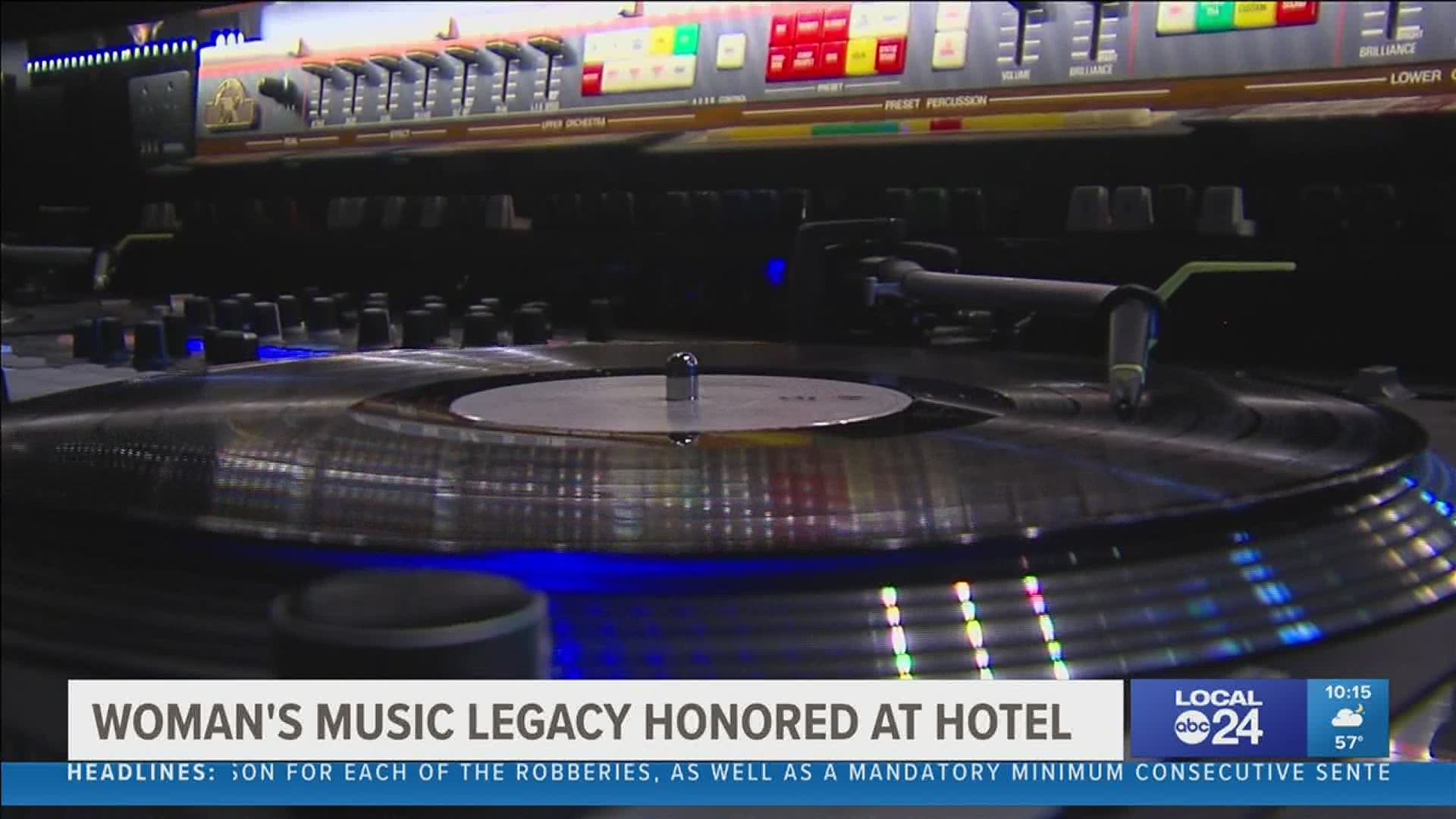 Memphis is full of one-of-a-kinds.

Lots of those special folks have inspired the music of the world.

A Downtown Memphis hotel bar has found a way to memorialize a Memphis woman whose legacy keeps rocking music lovers the world over.

Step into the the lobby of the Central Station Hotel once the old train station on South Main and you'll more than likely see her before you hear her.

By design she takes your attention...a dj booth built into the shell of an old organ is Emertha Cole, the namesake of the organ and piano teacher who died in 1982.

"When we first started talking about the hotel and the music aspect of it and we were trying to think of a way to tell the story through social media or other ways. Having it come through a person rather than the entity or the hotel itself seemed a little more interesting, organic," Thompson.

The tunes played through this console all have Memphis ties.

At the hotel's lobby bar called 8 and Sand the music tells the story of this place and the people who made the recordings.

"When I read that Book T. said it was the first place he'd ever seen a Hammond b3 organ was in her house it just made so much sense that we would give her the voice of this space and allow that spirit to live though her memory," Thompson.

Weekly says Elmertha continues to be an inspiration to him.

"And when other people see it for the first time it's just mind blowing. Elmertha's special," said Weekly.

So who was Elmertha Cole?

Many call her a cornerstone of the modern rock, rhythm and soul sound.