LeMoyne-Owen College President out at close of contract in September

LeMoyne-Owen College’s President is out at the close of her contract in September. 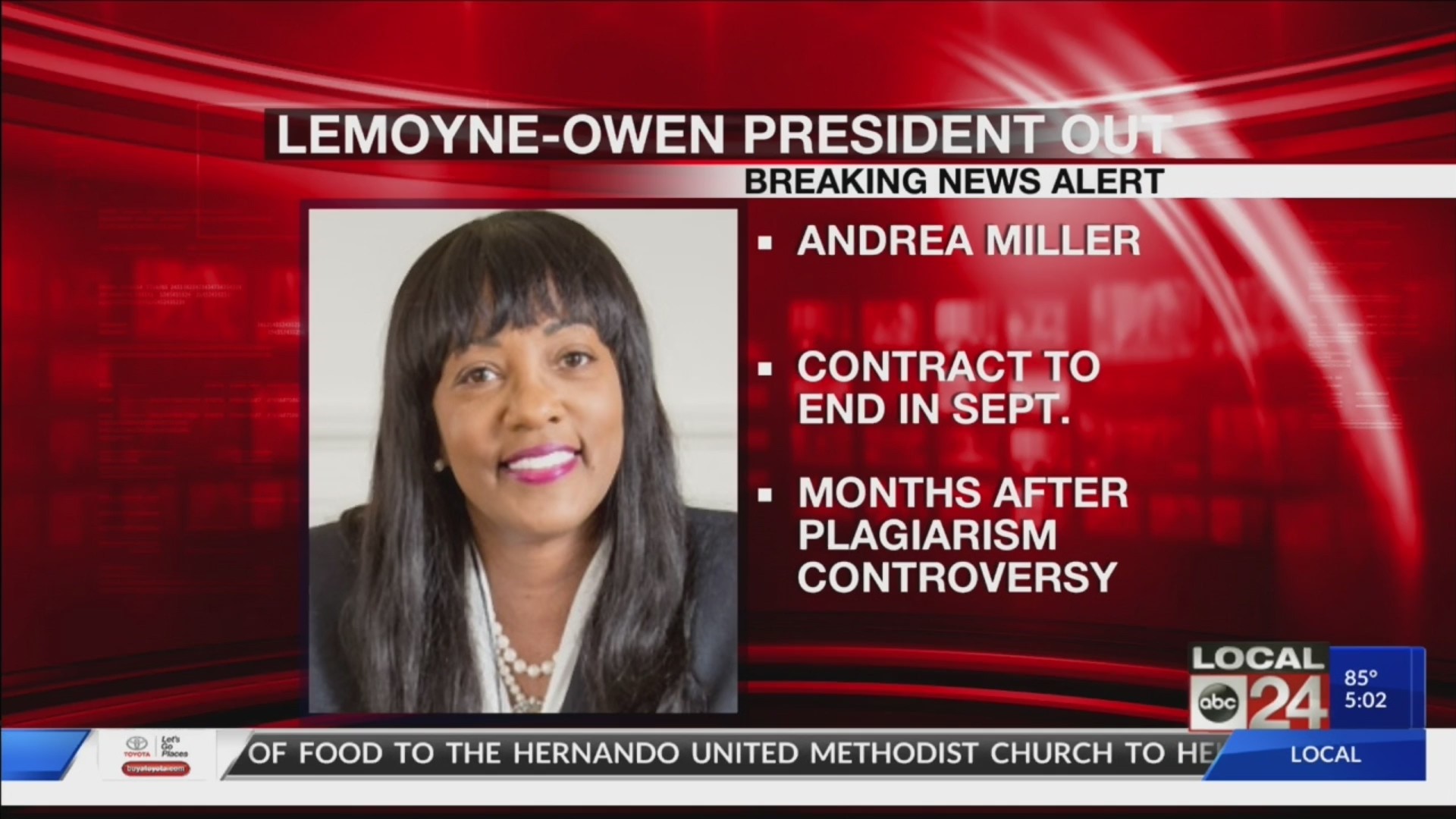 MEMPHIS, Tenn. (localmemphis.com) – LeMoyne-Owen College’s President is out at the close of her contract in September.

The LeMoyne-Owen College board of trustees met Monday to discuss the future of Dr. Andrea Miller.

Miller has been embroiled in controversy during her three-year tenure. Last year she was accused of plagiarizing a speech originally given by Pastor Joel Osteen. Video showed Miller presenting the speech, nearly word for word to the pastor’s, during a college assembly.

A vote of “no confidence“ brought on calls for Miller’s resignation by faculty and students.

The board of trustees announced Tuesday Miller would be released when the contract ends September 1, 2019. (READ THE LETTER TO CAMPUS HERE.)

“The Board of Trustees is grateful for Dr. Miller’s service and commitment to LeMoyne-Owen for the past four years,” said Dr. Christopher Davis, chairman of the Board of Trustees, in a statement. “We look forward to what the future holds for our institution as we embark upon this new chapter.”

The Board of Trustees said in the statement it would name an interim president of the college, but did not say when that would happen.