Trenton Lee Stewart wrote the New York Times bestselling book, 'The Mysterious Benedict Society,' more than 10 years ago. Now, it's being shown on Disney Plus. 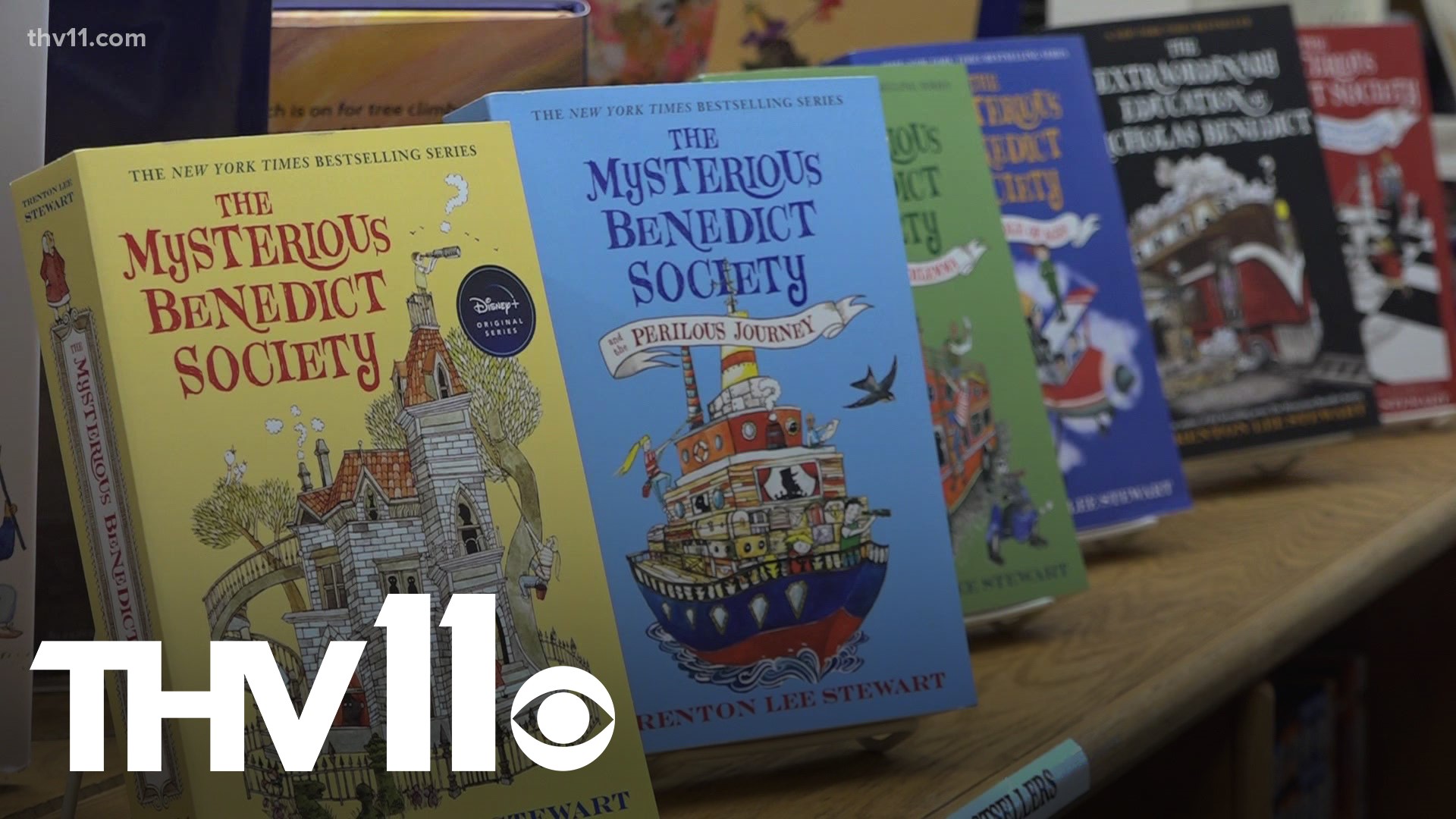 Stewart graduated from Hendrix and he's been living in Little Rock ever since.

In 2007 he published, 'The Mysterious Benedict Society', a children's book that would later become a national sensation.

"You get a group of kids together and having to work together, solve problems, and in this case having really high stakes," Stewart said. "The hope was it would really resonate with kids and it seems to have."

Readers fell in love with the main characters: Reynie, Kate, Constance, and Sticky.

The book focuses on the children as they are brought together by Mr. Benedict for a strange mission.

Themes of honesty, friendship, and teamwork appear throughout the book with some brain teasers that the reader can solve as they progress through the story.

"One of the ways Constance came into existence was trying to be true to kids' experience," Stewart said. "It's almost never the case that kids get assigned a big problem to work on without one kid being really difficult to work with. So I realized they need more challenges than they're facing let's bring Constance into play."

This led to three more books being introduced into the series and now even a show on Disney Plus.

"They've really done a good job capturing the spirit of the story and the characters," he said.

Stewart said that he doesn't plan on writing another book for 'The Mysterious Benedict Society,' but it's not out of the realm of possibility. He is, however, writing another children's book.