Arkansas woman beats COVID-19 after given 1% chance of survival 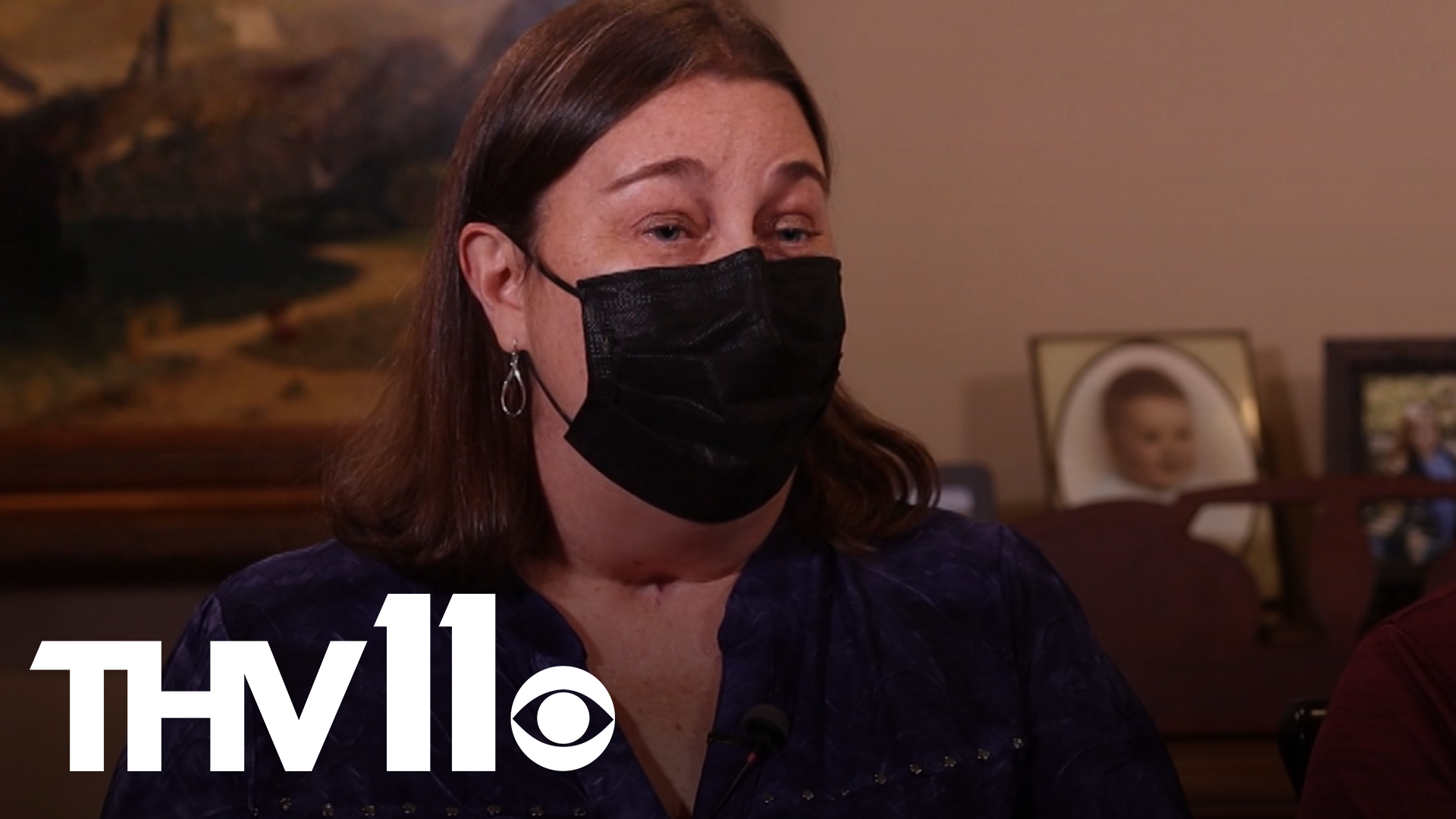 LITTLE ROCK, Ark. — A Little Rock woman whose doctor gave her a 1% chance of survival is now sharing her months-long journey overcoming COVID-19.

“I called my husband and my mom and told them bye, and told them I loved them,” Chris Mareen told us, months after surviving a battle with the virus.

Chris Mareen recalled her last moments before doctors at Baptist Health hooked her up to a ventilator In November 2020.

“I was just sure going on the vent that I wasn’t coming off,” she said.

Her symptoms began in early November and not long after doctors admitted Chris into the ICU.

After going on a ventilator, life for her family on the outside was like a roller coaster ride.

“We saw the way the disease was progressing,” said Ivan Mareen, Chris’ husband.

During her time on the ventilator, Chris developed a life-threatening ITP problem, which means her blood platelets were attacked as soon as her body produced them.

One of her lungs collapsed and she also got double pneumonia.

“On or about the 14th day of December, I got the call from the doctor saying it was really bad,” said Ivan.

Chris had been on the vent for more than 40 days when doctors said she only had a very slight chance at living.

Thousands of people began praying for her around the world, and right at the altar of her church.

“It was remarkable. I’ve been a pastor for seven or eight years and I have never seen anything like this,” said Tim Palmer, the Mareen family’s pastor.

Palmer said prayers went up daily and by the hour for Chris as her family was told to prepare their goodbyes.

“There’s no doubt in my mind as a pastor that Chris is a miracle,” the pastor said.

The family believes the power of prayer gave them hope when Christmas Eve came around.

“I basically saw there was a change,” Ivan said. “The platelets started to slowly but surely start climbing which was good because blood platelets, if you don’t have them, you bleed out.”

After 45 days on the vent, and 82 days total in the hospital room, Chris survived COVID-19.

Chris believes COVID-19 has changed her forever and the way she and her family do things moving forward.

“Overall it’s changed us in the fact that we almost lost each other,” Chris told us.

Chris was a healthy person before catching the virus. Now, she and her family are reminded how quickly life can be taken.

Chris is not out of recovery just yet. She still struggles with after effects of the virus. She’s on oxygen and she’s still not cleared by doctors to get a vaccine.

That’s why she and her family want to share her story to encourage those who are hesitant but healthy enough to get the vaccine to get vaccinated.

Chris said she’s slowly but surely gaining her strength back after learning how to walk and talk again.