Local 24 News EXCLUSIVE: Terry Hobbs on his new memoir on the West Memphis 3

More than 25 years after the murders of three 8-year-old boys in West Memphis, a new book gives a first-person account of what was happening behind the sce...

MEMPHIS, Tenn. (localmemphis.com) – More than 25 years after the murders of three 8-year-old boys in West Memphis, a new book gives a first-person account of what was happening behind the scenes.

“I had a big box. I would journal something and put it in the box,” said Hobbs.

Hobbs, with the help of an author, put all that journaling into a book about the 1993 murders of his stepson Stevie Branch, and Branch’s friends Michael Moore and Chris Byers.

“It’s my perspective of what happened in 1993, 26 years ago in West Memphis, Arkansas,” said Hobbs.

Damion Echols, Jason Baldwin, and Jessie Misskelley were convicted of murdering the children in 1994. They were released from prison in 2011 on what’s called an Alford plea, after new forensic evidence was presented as part of the case.

Hobbs described what it was like the day the three walked free.

“It’s like ripping a Band-Aid off a wound. It hurt all over again,” he said. 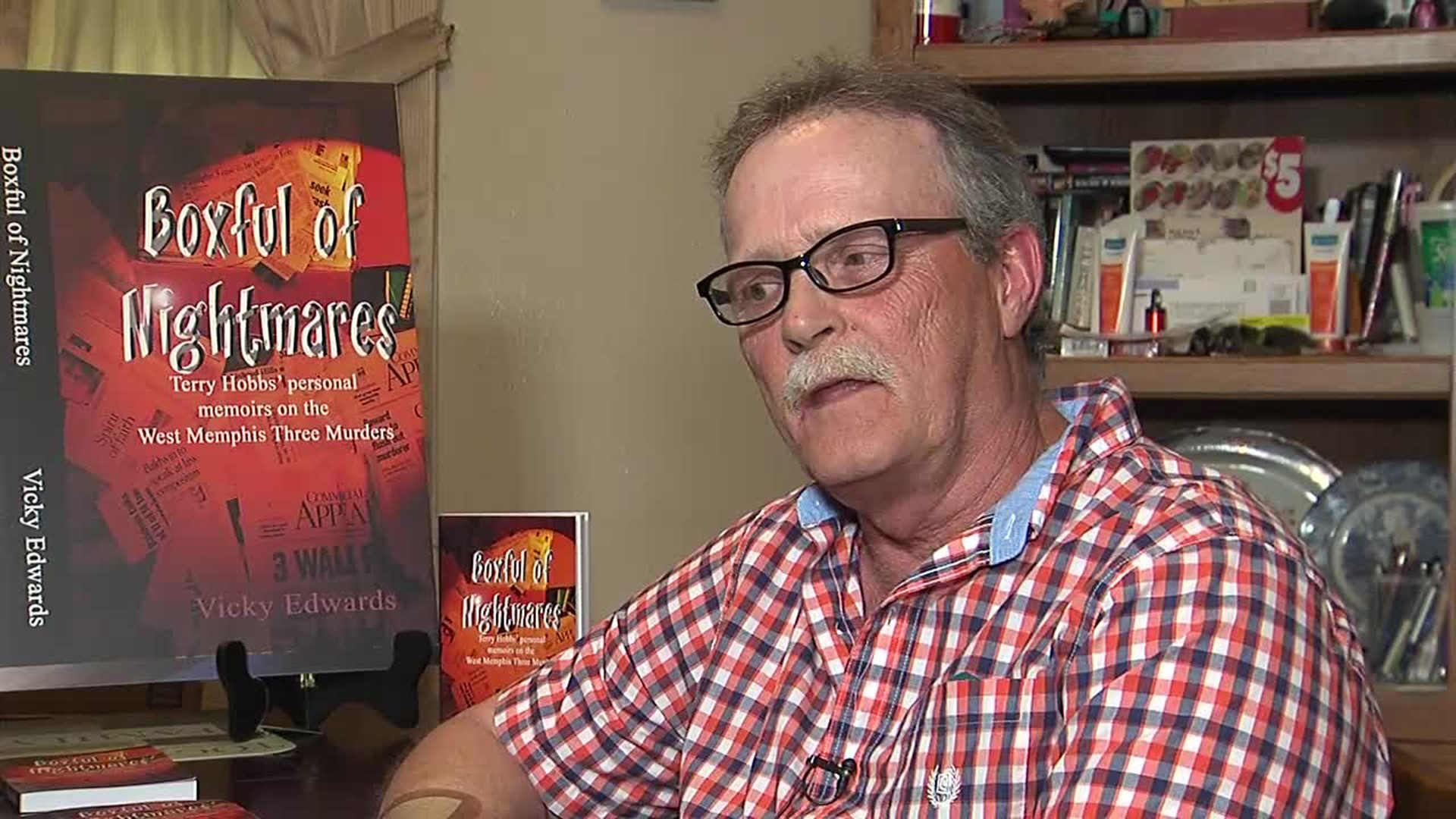 Over the years there has been lots of speculation and finger pointing as to who was responsible. Hobbs said, “I still believe in my heart that Jessie, Jason, and Damion Echols are responsible for what happened to our children.”

He added, “You look at what happened and then you wonder, what if this did not happen, where would our boys be today? We didn’t see them grow up.”

Hobbs said he wrote the book so people, especially other victims of crime, could understand the tragedy he has gone through and how it impacted his life.

He said Boxful of Nightmares is his memoirs unedited.

“Well there’s been a lot of things that happened over the years. People have come out of the woodwork and said this and this and people have done things and a lot of them are wrong,” said Hobbs.