Anyone who knows me well, knows that I am a huge fan of basketball. I have been since early childhood. And, just like most Memphians and millions of others arou... 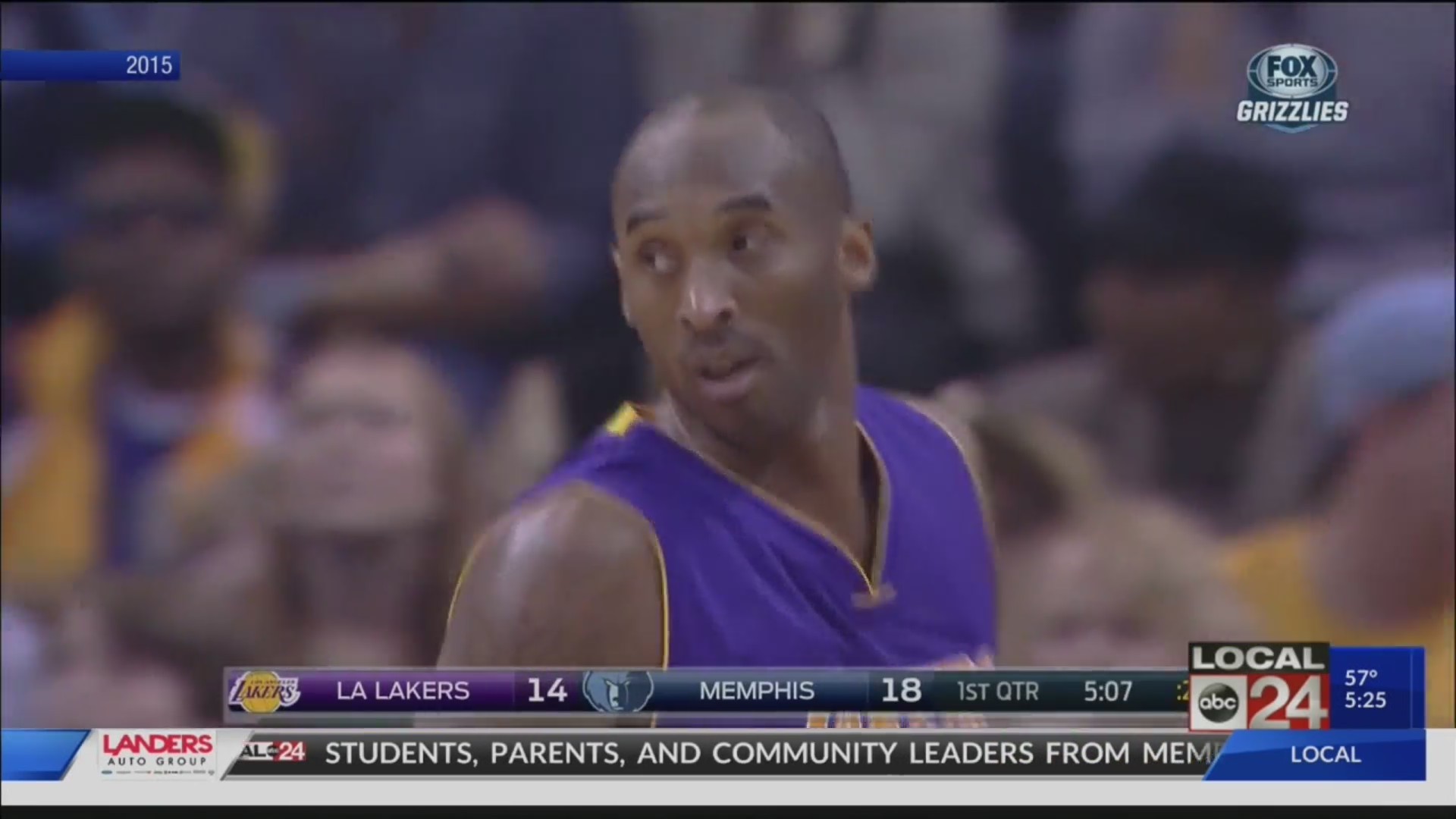 MEMPHIS, Tenn. (localmemphis.com) – Anyone who knows me well, knows that I am a huge fan of basketball. I have been since early childhood. And, just like most Memphians and millions of others around the nation and the world, I am deeply saddened by the tragic death of Kobe Bryant, along with his 13-year-old daughter and seven others in a helicopter crash Sunday.

A five-time NBA champion and two-time Olympic champion, Kobe played his entire pro career with the Los Angeles Lakers. But he had a tremendous impact on fans everywhere, none more than in Memphis.

One reason so many Memphians were thrilled when the Grizzlies moved here in 2001, was that Kobe would be playing in the Bluff City at least once – and often twice – each season. Every time L.A. came to town, the arena would be full of Lakers jerseys. And most of those were Kobe’s number 24 or number 8.

The very first Grizzlies-Lakers game in the Pyramid in 2001 ended with an improbable Grizzlies win. But most of the time, Kobe’s teams came out on top. And the fans loved it.

Too often, we place more emphasis than we should on sports, and we tend to put star athletes on a pedestal. But sports has a way of bringing communities together. And every now and then, that special player comes along who captivates us all. Kobe Bryant was that player.