We salute you! South Memphis native commissioned as Marine officer while graduating with double major

Local 24 News Anchor Katina Rankin introduces us to this young man who worked hard to reach his goals. 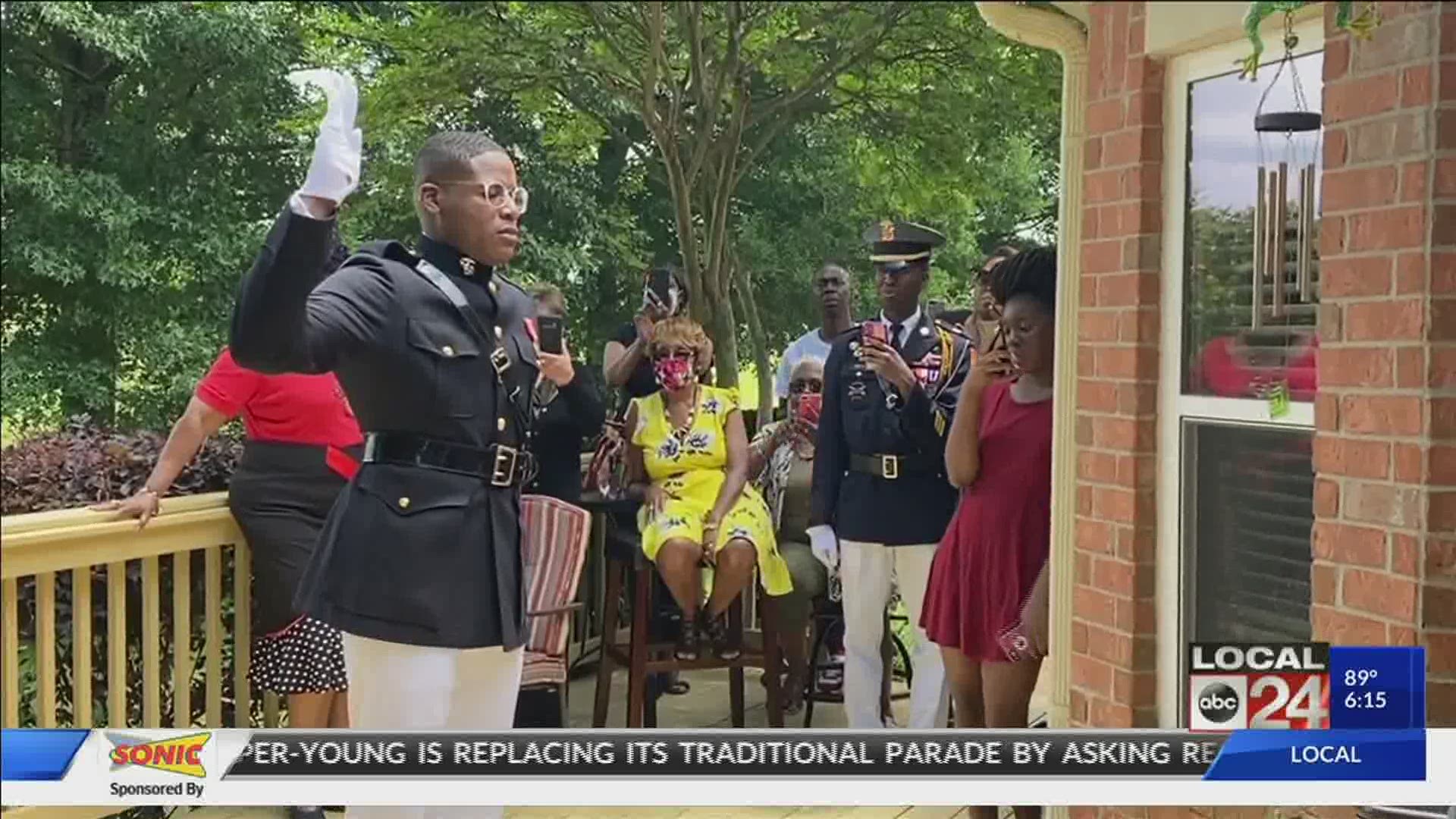 MEMPHIS, Tenn. — Some stories make you smile. Others make you cry. As Local 24 News Weekend Anchor Katina Rankin tells us, this one might do a bit of both, plus make you stand at attention and salute.

It was a special day for this South Memphis native recently - D. C. Nelson.

Due to COVID-19, two months ago D.C. left Morehouse College in Atlanta and returned to Memphis to complete his remaining college classes online at his grandparent's home.

D.C. grew up in a single-family household in Orange Mound.

"It can be called the hood, ghetto, the inner city, however you want to name it," he said.

He admits it was a difficult upbringing.

"It was roaches everywhere, you now, holes in the walls, lights out and what not," said Nelson. "On top of that, my dad wasn't there."

After a visit from his uncle, he was sent to Missouri Military Academy eleven (11) years ago. The school is about an hour west of St. Louis. Five years later, he graduated as the top cadet. He then went to Morehouse College after earning an ROTC scholarship.

D.C. says he wasn't dealt the same hand as many, but he got creative to reach his goals.

And so did his family. Relatives held a graduation ceremony for him social distance style in Bartlett, celebrating his double major of Chinese and International Affairs. But what makes this day so special is more than a double major.

It was also a commissioning ceremony for him to become an officer in the United States Marines Corps. And his high school JROTC instructor, a marine with thirty (30) years of service, drove seven hours from St. Louis to be there and to place a gold bar on his left shoulder. His grandmother placed the gold bar on his right shoulder.

Why are the bars so special? They signify that this young man is now an officer in the United States Marine Corps.

And he has this message for other young people struggling.

"Don't think you can't make it. It's all about having hope," said Nelson.

Lieutenant D'Cherion D.C. Nelson, we salute you and wish you well.

D.C.'s uncle that we mentioned earlier in the story runs the "Stand and Serve" nonprofit. It's for under-served kids in Memphis. The nonprofit acts as a vehicle to pay for college education at Historically Black Colleges and Universities. Learn more HERE.

Stand & Serve - A Bridge to Success
Young people across the country are getting started on the path to success with the help of Stand & Serve. Find out more about what they're accomplishing.

RELATED: Has TN Governor Bill Lee changed his tune on taking a knee?

RELATED: Author of "When Pleasing Has No Purpose" shares hopeful message