CABOT, Ark. — Our week-long focus on Remarkable Couples continues. Today, we head to Cabot to meet two people who prove that love changes everything. “Wel... 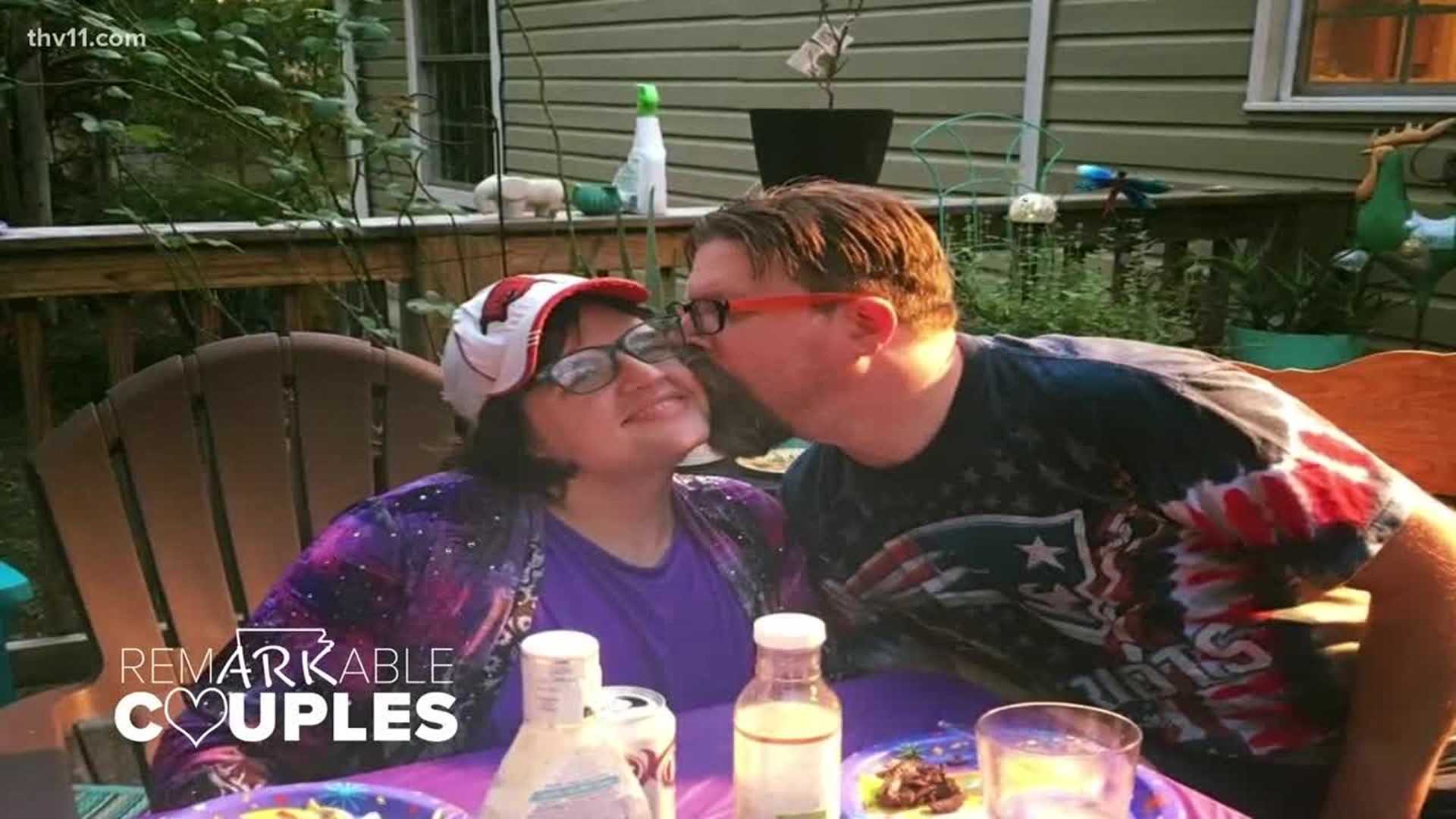 CABOT, Ark. — Our week-long focus on Remarkable Couples continues. Today, we head to Cabot to meet two people who prove that love changes everything.

“Well, I just fell in love with her,” said Donald Wax about his girlfriend, Jessica Sawyer. They’ve been dating for more than a decade.

The two met at AEDD, Arkansas Enterprises for the Developmentally Disabled. “She’s my honey bear,” he added. Donald is the talker. Jessica is a bit shy.

In high school, she never wanted to go to a dance. But at AEDD, the day of prom, she shocked her mother. Jessica wanted a dress for the ball.

“We got her altogether,” remembered her mom, Mary Jane, “And I’m like Jessie why all of a sudden are you wanting, I’m so excited, but why? She said well my boyfriend is going to be there. And I said your boyfriend?”

A few hours after finding out her daughter had a boyfriend, Mary Jane got a first impression any parent would love. “When we pulled up,” she recalled, “there was this man standing on the curb had a little red bow tie all by himself. And she said that’s him.” Donald, standing outside the dance.

He wouldn’t move without his girl.

“And they’ve been a couple ever since,” said Mary Jane.

“They know that they can do pretty much anything they want to now,” said AEDD’s Brad Douglas.

Including, it turns out, getting married. Donald already had a ring and was about to propose. When we found that out, we had to come back.

“Growing up,” she said, “I never knew if Jessie was going to get to experience love like all of us, it’s, I’m going to get emotional, but it’s really special that she’s found someone who loves her so much and that she loves so purely too.”

A love so strong, she would buy a prom dress. And he would buy a ring. “I love you with all of my heart,” said Donald with the ring in hand. “I want to spend the rest of my life with you. Will you accept this ring?” Jessica smiled and said thank you.

They plan to have a small ceremony in Arkansas, and then head to the east coast to celebrate. They say they both have already picked out what they’re going to wear.

Donald says he’ll once again wear that red bow tie since it worked pretty well for him last time.