TYRONZA, Ark. (localmemphis.com) – Crews are in Poinsett County, Arkansas, after a possible tornado touched down Monday morning in Tyronza. A National Wea... 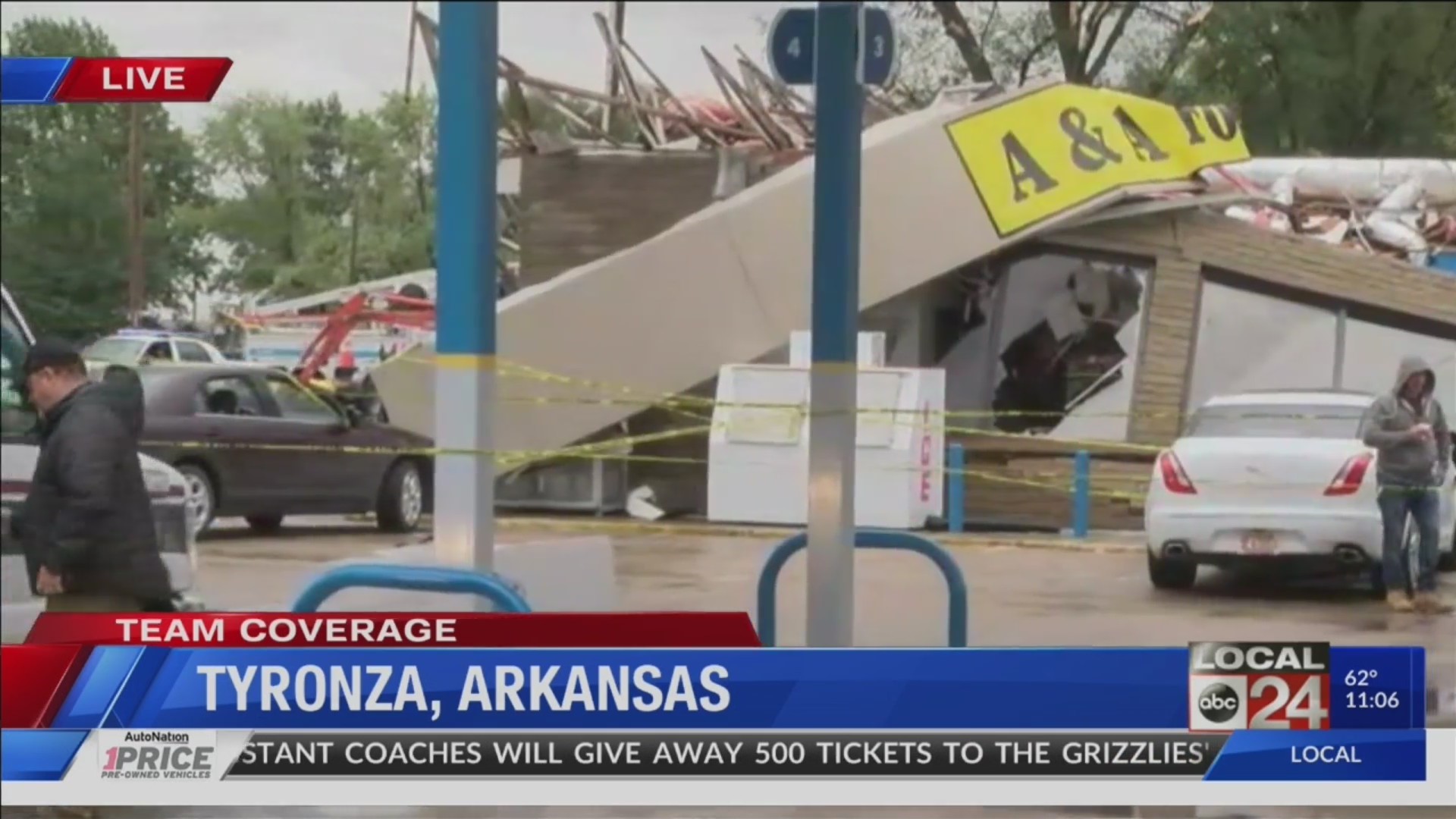 A National Weather Service team is heading there to check outthe damage.

Poinsett County Sheriff Kevin Molder said four people were injured after the possible tornado touched down around 6:00 a.m. in the southeast Poinsett County community. Two of the injured were taken to the hospital. He said the two others were minor injuries. All are expected to be okay.

Witnesses on the ground sent pictures of heavy gas station ofa gas station and nearby elementary school in and around School Street inTyronza. Heavy damage also reported on Main Street.

Sheriff Molder said the entire town is without power. He said cleanup is underway and is asking people stay out of the community while crews work.

An East Poinsett School District school board member tells Local 24 News that Tyronza Elementary was also damaged. We are told the roof is destroyed in some places and damaged in others. Classrooms and building will have to be repaired starting Tuesday. It could take months to fully repair building.

School leaders will try to move in portable classrooms forsome students, and move other students to Lepanto Elementary School. The schoolhas 220 students in Pre-K to 6th grade. The final decision will be made in nextday or so on where students will go.

Local 24 News reporter Brad Broders is headed to the scene and will bring updates live on air, on Twitter, and on Facebook on Local 24 News’ page.