JACKSON, Miss. (AP) — A group that advocates limited government is suing Mississippi over the state’s licensing requirement for people who earn money by p... 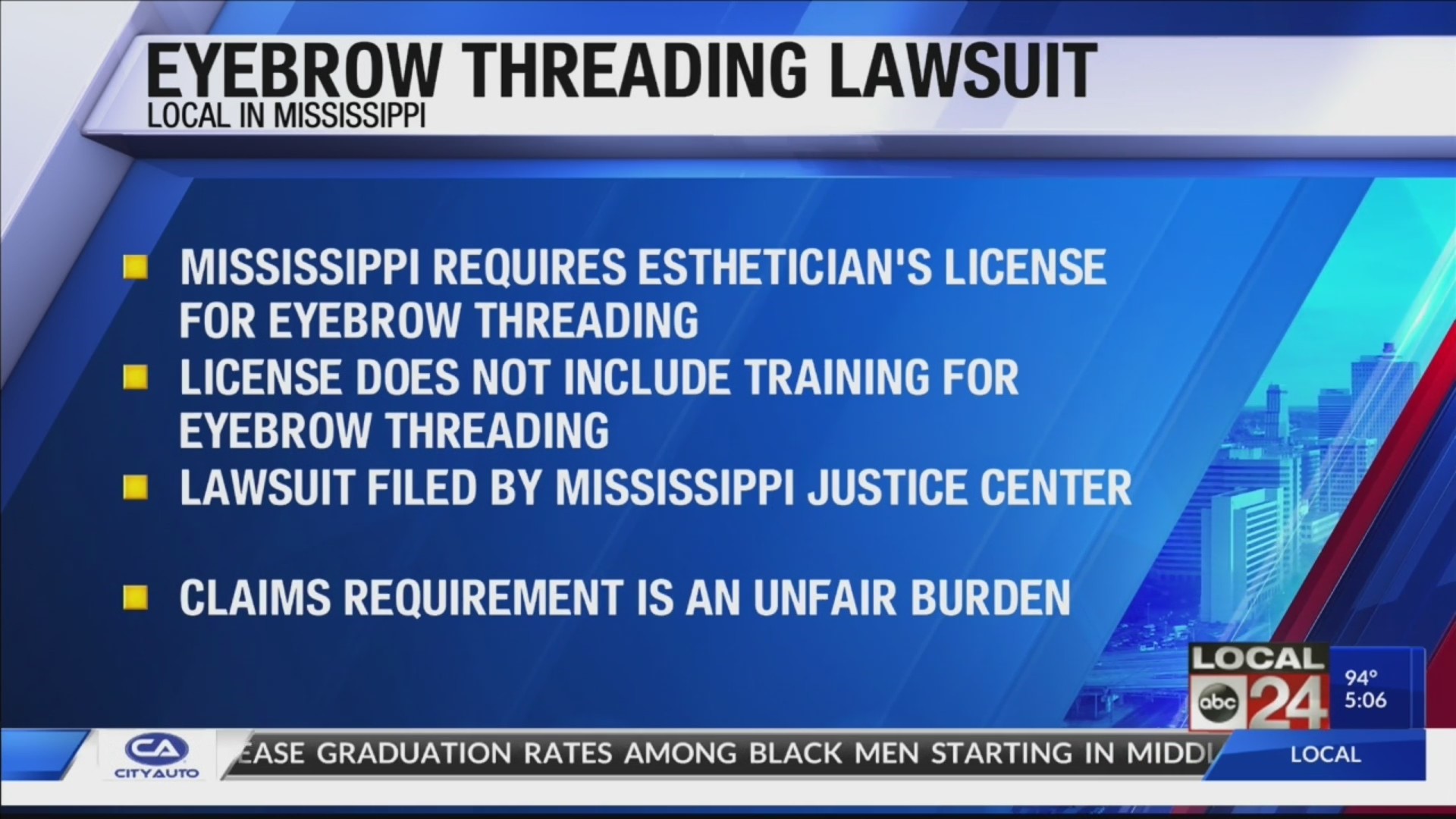 JACKSON, Miss. (AP) — A group that advocates limited government issuing Mississippi over the state’s licensing requirement for people who earnmoney by plucking eyebrows with thread.

Mississippi Justice Institute filed the lawsuit Monday on behalfof Dipa Bhattarai, a University of Mississippi graduate student. She grew up inNepal, where she learned the technique of using a single strand of cottonthread to remove hair.

Mississippi requires people who receive money for eyebrowthreading to earn an esthetician’s license. The license requires training andexams, but none of the training deals with eyebrow threading.

The Mississippi Board of Cosmetology shut down Bhattarai’s eyebrowthreading business, and she wants to reopen it.

Bhattarai told the Clarion Ledger that she started earning moneyby threading eyebrows while she was a student at Mississippi University forWomen in Columbus.

“It’s going to sound cliche, but I just started my businesswith $240,” Bhattarai said.

She had a chair, some thread and not much else. Bhattarai said theowner of a shopping mall in Columbus let her set up a kiosk for free and latergave her a discounted price when she moved into a storefront.

“They didn’t believe I was going to make any money,” shesaid.

Bhattarai said she worked up to 20 hours a week at the eyebrowthreading kiosk. In less than two years, the kiosk grew to a store in Columbusand a store in Starkville. Families, sororities and members of the MississippiState University football team came to her business to get their eyebrowsthreaded, she said.

In December 2017, Bhattarai said she was threading eyebrows at herbusiness in Columbus when a state Board of Cosmetology inspector handed her acitation.

“The lady walked in and said I couldn’t do it. … I wasreally surprised,” Bhattarai said.

Her Starkville business was soon shut down, Bhattarai said,leaving two full-time employees and one part-time employee without jobs and heron the hook for rent.

Mississippi Justice Institute director Aaron Rice said in a newsrelease that Bhattarai wants to “pursue the American Dream, by putting herown skills and work ethic to use in a safe and worthwhile trade.”

“Unnecessary laws and regulations are preventing her fromdoing that,” Rice said in a news release. “We want to help peoplelike her fight back against this kind of job-killing red tape.”

Mississippi Justice Institute is the legal arm of MississippiCenter for Public Policy, which advocates free markets and limited regulation.The lawsuit names the Mississippi Board of Cosmetology and Attorney General JimHood as defendants. The attorney general’s office represents state agencies.

The institute’s news release said eyebrow threading does notinvolve skin-to-skin contact between the customer and the person plucking theeyebrows, does not use the same tools on different customers and does notinvolve sharp instruments, harsh chemicals or heat.

The institute said the Texas Supreme Court struck down a similarlaw in 2015. It also says Louisiana, Tennessee, and Arizona repealed licensingrequirements for eyebrow threading after lawsuits were filed.

A similar lawsuit filed in June challenges Louisiana’s cosmetologytraining requirement for people who earn money with natural hair braidingtechniques that are widely practiced in African American communities. Thatlawsuit was brought by the Virginia-based Institute for Justice, which oncechallenged Louisiana licensing and permitting requirements for commercialflower arranging and cosmetic eyebrow threading.