Mississippi Bureau of Narcotics warns about drugs laced with fentanyl after 2 died, 3 overdosed

The Mississippi Bureau of Narcotics says two people have died and three others overdosed from drugs laced with fentanyl. 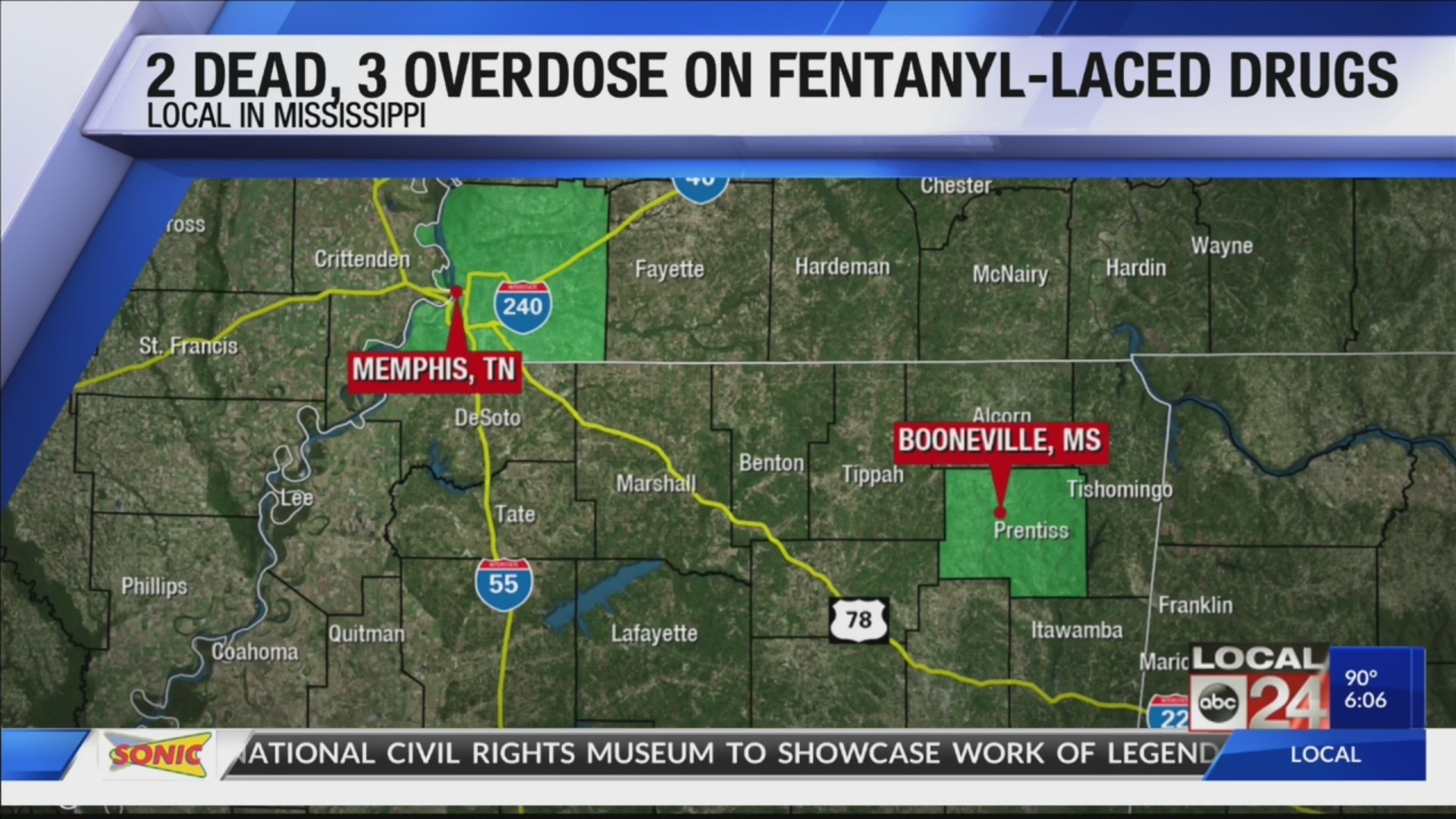 The Mississippi Bureau of Narcotics says two people have died and three others overdosed from drugs laced with fentanyl.

Booneville Police says it all happened Monday. “Evidence gathered from a scene was taken to the MS State Crime Lab and tested positive for fentanyl and acetyl Fentanyl,” said Booneville Police Chief Michael Ramey. “They are in pill and/or powder form and we want to make the public aware how dangerous these substances are.”

More details on the case were not released. The MBN says itis working with agencies around the state to arrests those selling the laced drugs.

Mississippi Department of Public Safety Commissioner MarshallFisher also weighed in on the growing deadly epidemic. “This should serve as awarning for all Mississippians engaged in the use of illicit narcotics.” Fisheradded, “Fentanyl can be easily mistaken for less powerful opioids and distributedby unscrupulous drug dealers who have no other interests beyond profits fromthe sale of illegal narcotics.”