A Mississippi Republican gubernatorial candidate on Thursday stood by his decision to deny a female reporter’s request to accompany him on a campaign trip... 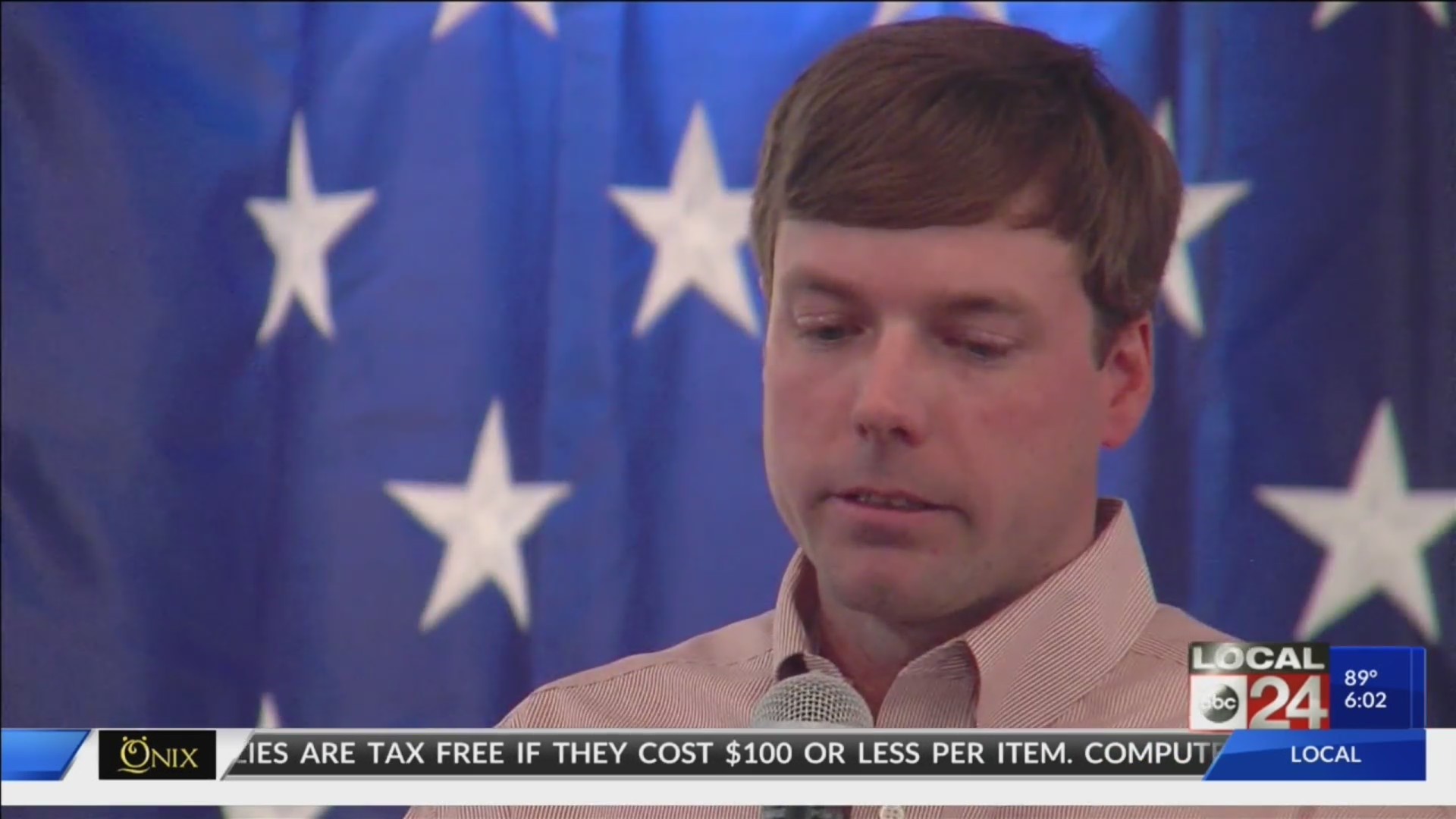 Washington (CNN) – A Mississippi Republican gubernatorial candidate on Thursday stood by his decision to deny a female reporter’s request to accompany him on a campaign trip unless she brought along a male colleague, a move that she says amounts to “sexism.”

“Ididn’t want to end up in a situation where me and Ms. Campbell were alone foran extended period of time throughout that 15- or 16-hour day, and so out ofprecaution, I wanted to have her bring someone with her — a male colleague.The other thing I think it’s important to point out is that this is my truck,and in my truck, we go by my rules and that’s my rule,” state Rep. RobertFoster told CNN’s John Berman on “New Day.”

LarrisonCampbell, a reporter for Mississippi Today who was denied the hours-longinterview by Foster, expressed frustration with the situation during the sameCNN interview.

Campbellwrote in Mississippi Today onTuesday that the paper had asked to shadow each gubernatorial candidate seekingthe GOP nomination “in an attempt to better inform readers” and thatthe other two candidates agreed to the request while Foster declined. 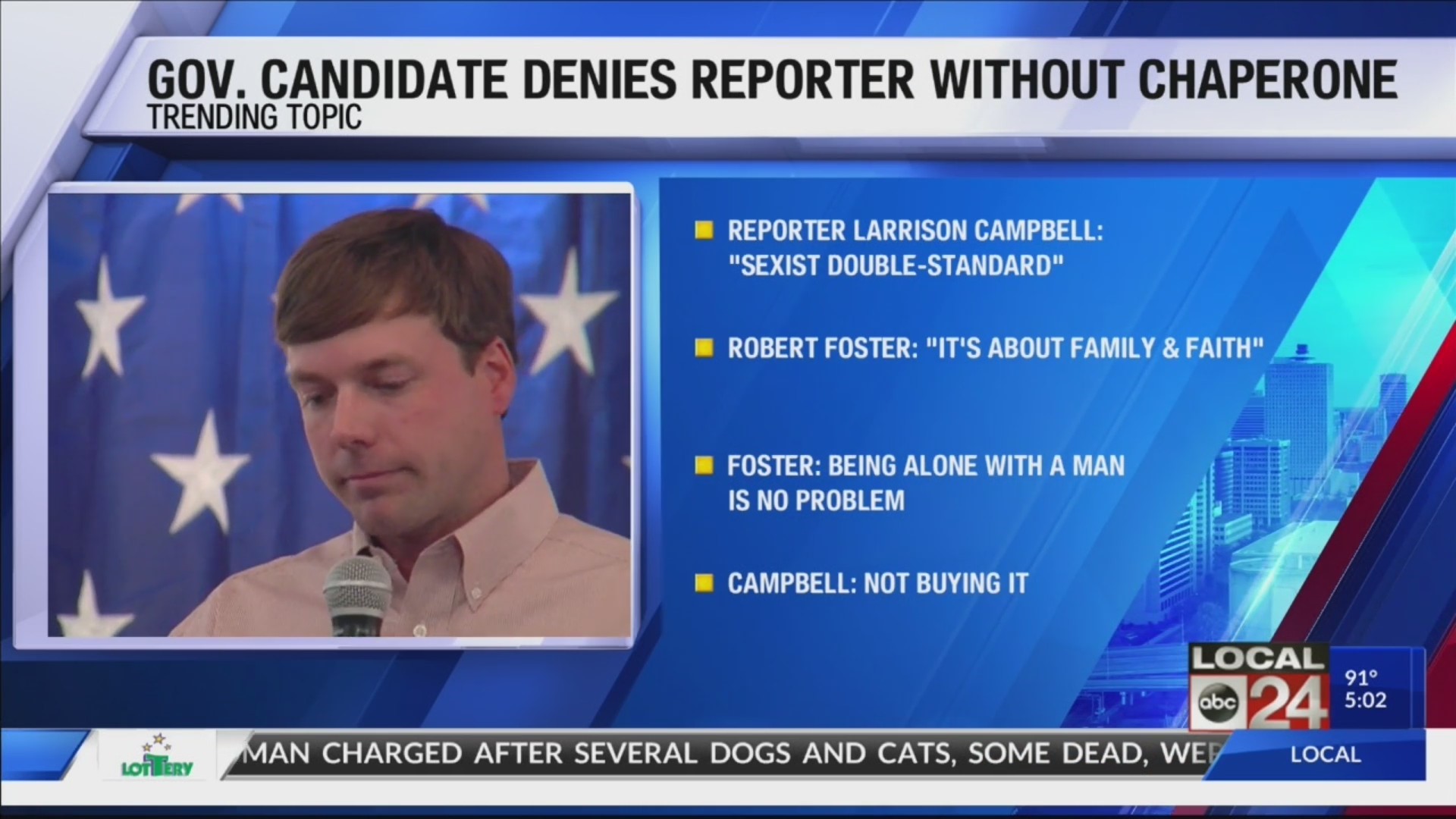 OnWednesday, Foster said on a Mississippi talk radio show that having a femalereporter with him could create “an awkward situation,” and said onTwitter that his Christian faith and marriage wereamong the reasons to deny her access.

Askedby Berman if the need to exercise “precaution” was because he didn’ttrust Campbell or himself, Foster said he was worried that the situation mayinadvertently create a false impression.

“Itrust myself completely, but I don’t trust the perception that the world putson people when they see things and they don’t ask the questions, they don’tlook to find out the truth. Perception is reality in this world, and I don’twant to give anybody the opinion that I’m doing something that I should not bedoing,” he said.

Campbellquestioned why the “onus” is on her to bring someone with her for theinterview in order to make Foster more comfortable.

“Whyis it my responsibility to make you feel comfortable about something that —you know, that again as your campaign director said on the phone with me — isthis weird request that you have?” she said.

“Let’sgo back to the ‘appearance of impropriety’ thing. Why does it appear improperfor a man to be with a woman? I mean, why wouldn’t a gay affair be construed ifhe were with a man? Unless, at the end of the day, what you’re saying here is awoman is a sexual object first and a reporter second,” Campbell lateradded.

“I’ma married man and I made a vow to my wife, and part of the agreement that we’vealso made throughout our marriage is that we would not be alone with someone ofthe opposite sex throughout our marriage, and that is a vow that I have with mywife,” he said, adding that he puts it above “anyone else’s feelings,including yours.”

CNN’sPaul LeBlanc contributed to this report.