The principal of Olive Branch High School has been arrested for DUI. 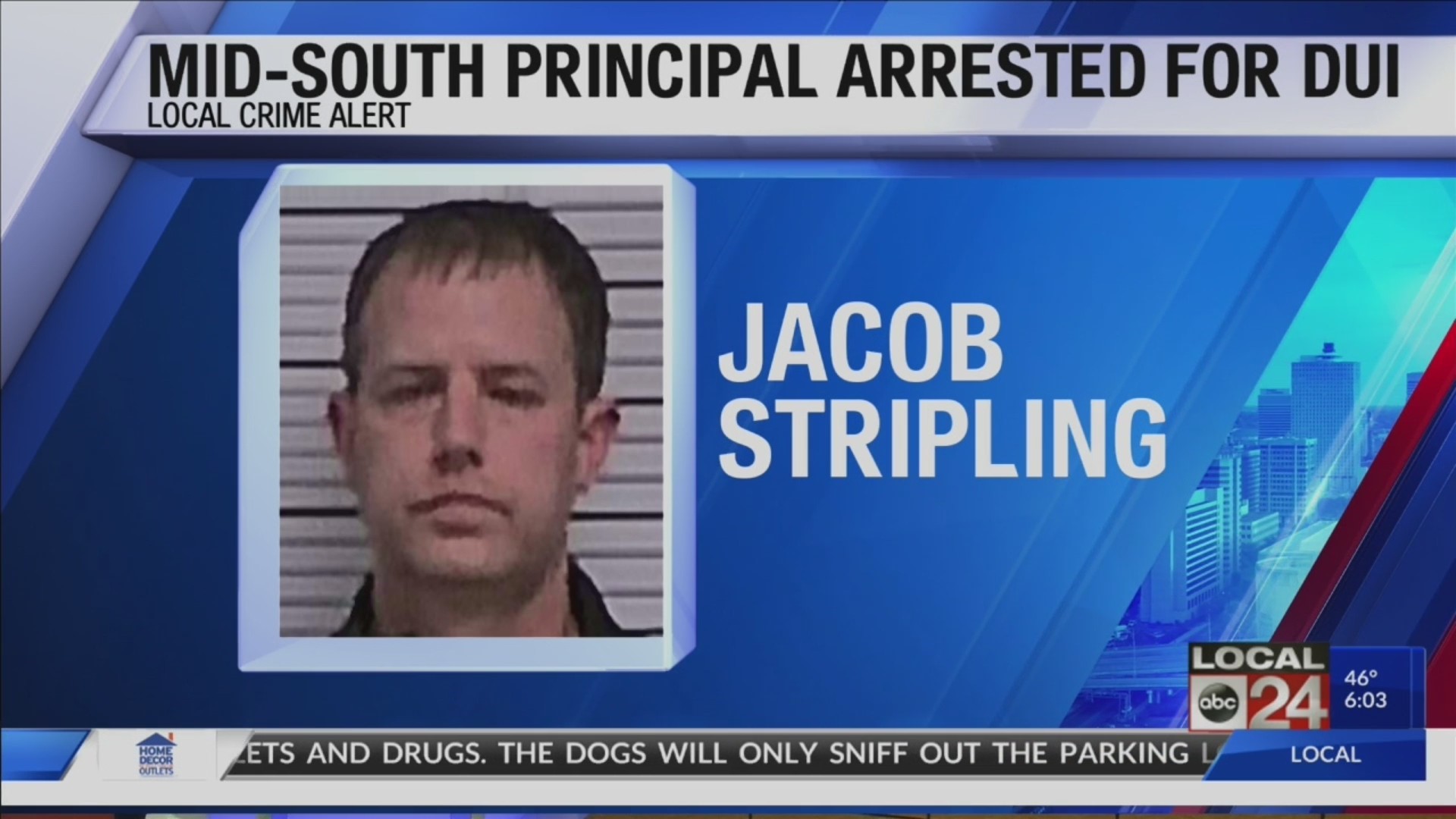 TUNICA CO., Miss. (localmemphis.com) – The principal of Olive Branch High School has been arrested for DUI.

According to the Tunica County Sheriff’s Office, on Saturday, February 8, at about 6:35 p.m., deputies saw a white Nissan Maxima fail to yield for law enforcement on U.S. Highway 61 near Bowdre Road in Robinsonville, Mississippi. Deputies pulled the car over and during the traffic stop, deputies discovered the driver, Jacob Stripling, appeared to be under the influence of an intoxicating beverage. He was given a field sobriety test and failed.

Stripling was taken to the Tunica County Jail where he refused to submit a breath sample. He was charged with “failure to move over – law enforcement” and “DUI 1st Offense/Refusal.”

Stripling was later released on bond and is pending an initial court appearance.

According to DeSoto County Schools website, Stripling earned a bachelor’s degree in Health and Human Performance and became a certified athletic trainer. He later earned a master’s degree in Education. He taught as an elementary teacher in Hernando for three years and then returned to college and earned a second master’s degree in Educational Leadership. He served as as assistant principal at Horn Lake Middle School, Hernando High School, and also was principal at Center Hill Middle School. Stripling is married and has two daughters.

In a statement, DeSoto County Schools said, “The employee is on administrative leave while the matter is being investigated.”