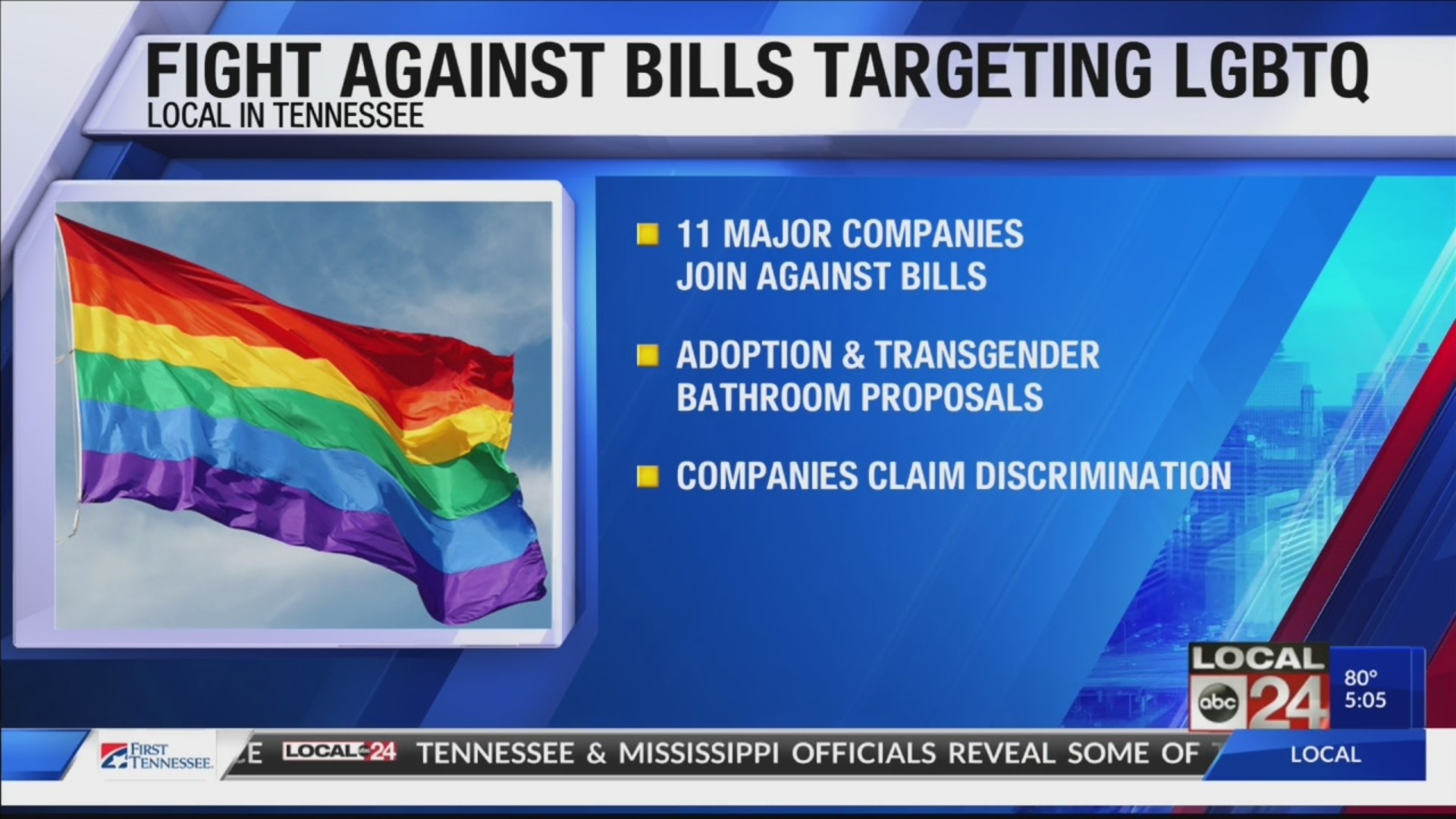 One bill they oppose would let adoption agencies refuse, based on written religious beliefs, to place children with certain parents. The House has passed it and a Senate panel moved it forward on Tuesday, putting it in a position to receive a floor vote soon.

Another bill would bar “discriminatory action” by cities and state agencies against businesses with internal policies that comply with state law. That legislation was recently delayed until 2020. Opponents worried that because Tennessee law lacks anti-discrimination protections on the basis of sexual orientation and gender identity, the bill could have allowed businesses with employment policies allowing discrimination against LGBTQ people to face no risk of losing out on government contracts.

The firms also oppose watered-down “bathroom” legislation that says Tennessee’s public indecency law applies to single-sex, multi-person bathrooms and changing rooms. The Tennessee Equality Project has said the bill’s sections targeting transgender people were removed. But the companies’ letter said the bill “could unfairly target transgender Tennesseans for harassment in public places.” The House has passed the legislation and it’s ready for a Senate vote.

The final bill they are hoping to stop would authorize Tennessee’s attorney general to defend a public school’s transgender bathroom and locker room policy. The bill is still advancing in the House and Senate.

“Discrimination is wrong, and we believe it has no place in Tennessee or anywhere in our country,” the companies wrote to Senate Speaker Randy McNally and House Speaker Glen Casada. “As companies that pride ourselves on being inclusive and welcoming to all, we strongly urge you to not advance these bills.”