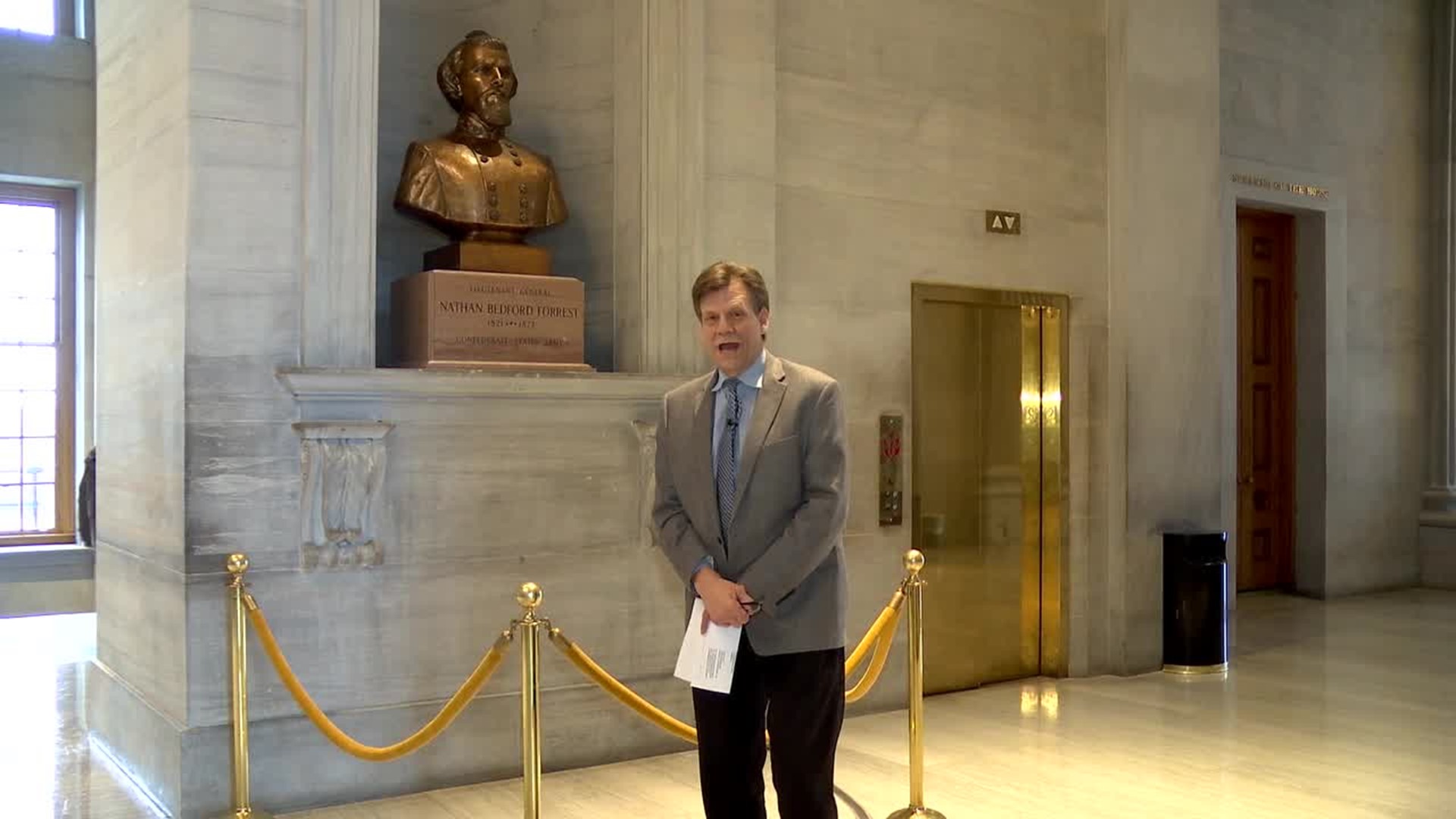 The bust of the Confederate general at the state capitol remains a lightning rod for continued protests. Thursday morning, Tennessee House Speaker Glen Casada was confronted by protestor Justin Jones, a Vanderbilt University Divinity student who has long demanded the Forrest bust be removed.

Beyond the Forrest bust, the protestors had words for other issues at the capitol.

Few Tennessee figures are divisive as Forrest, who was often called a military genius. The Confederate General owned slaves before the war and afterwards was an early leader of the Ku Klux Klan, before several accounts say he renounced the group.

“Treasurer put forth a fairly good idea,” said Lt. Gov. Randy McNally, “… and that was the rotation of the various statues and paintings that we have.”

The Lt. Governor floated that idea Thursday about the Forrest bust, where he credited state Treasurer David Lillard.

A 2013 law called the Tennessee Heritage Protection Act requires several steps to remove monuments such as the Forrest bust from public property.