SULLIVAN COUNTY, Tenn. — Authorities are receiving lots of conflicting information from the mother of a little Sullivan County girl who some family members have... 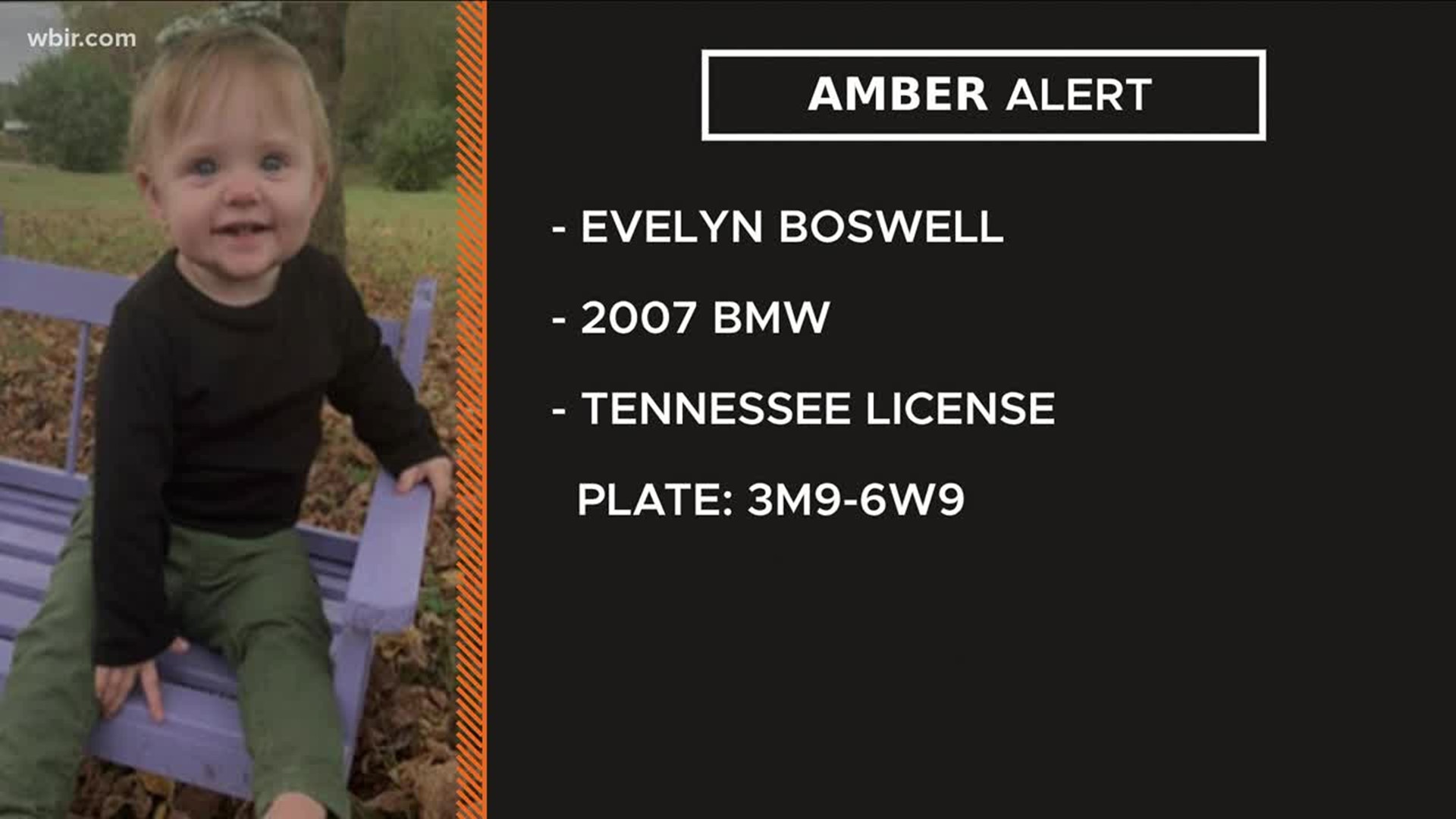 SULLIVAN COUNTY, Tenn. — Authorities are receiving lots of conflicting information from the mother of a little Sullivan County girl who some family members haven’t seen since December.

An AMBER alert was issued for 15-month-old Evelyn Boswell on Wednesday. Authorities are currently looking for a gray 2007 BMW in connection to the investigation.

He said they were first alerted to the little girl’s disappearance on February 17 when they received a DCS referral. Evelyn’s grandfather had reported they hadn’t seen the child since early December.

They immediately opened an investigation, which included interviews with Evelyn’s parents, Megan Maggie Boswell and Ethan Perry, who is a member of the U.S. military stationed in Louisiana.

Cassidy said both parents are cooperating with the investigation, but that Boswell had been providing inaccurate and conflicting information. Boswell has full custody of Evelyn.

“We have lots of questions unanswered,” he said.

The TBI joined the investigation and agreed it met the criteria of an AMBER Alert because they believed Evelyn was in danger, and even though two months had passed, they issued the alert.

The fact that two months have passed since she was last seen is making the investigation even tougher. When a child goes missing, the first few hours are critical in finding them.

“It’s unlike anything I’ve ever been involved in,” he said.

The TBI said more than 200 tips had been called in, and authorities are following up on every one of them.

Some of those leads are tied to the search for the gray 2007 BMW. Cassidy said it’s connected to a person of interest they’d like to talk to. They think that conversation may lead to relevant information about Evelyn’s disappearance. Authorities don’t necessarily believe that Evelyn is in that car and won’t say who owns it.

“I personally think she is alive,” Cassidy said. He said is personally putting up $1000 for a reward for information leading to Evelyn. He encouraged others to add to the amount.

They haven’t ruled anyone out as a suspect, and he acknowledged that kidnapping or trafficking could also not be ruled out.

“You always think of the worst,” he said. “You’ve got to hope and pray little Evelyn is okay and we can get her back.”

If someone has her, his message to them is to, “Please bring her back. All we care about is her safe return.”

Evelyn was last seen in Sullivan County, but like the car, could now be anywhere. They are working with law enforcement across the state, the FBI and TBI to track down every lead.

Evelyn does have family in Virginia, so they are also focusing some efforts there.

Evelyn Boswell is 24 inches tall and weighs 28 pounds. She also has blonde hair and blue eyes and was last seen wearing a pink tracksuit, pink shoes and a pink bow.