A jury on Friday found a man guilty of first-degree murder in a shooting at a Nashville church two years ago that left a woman dead and seven wounded. 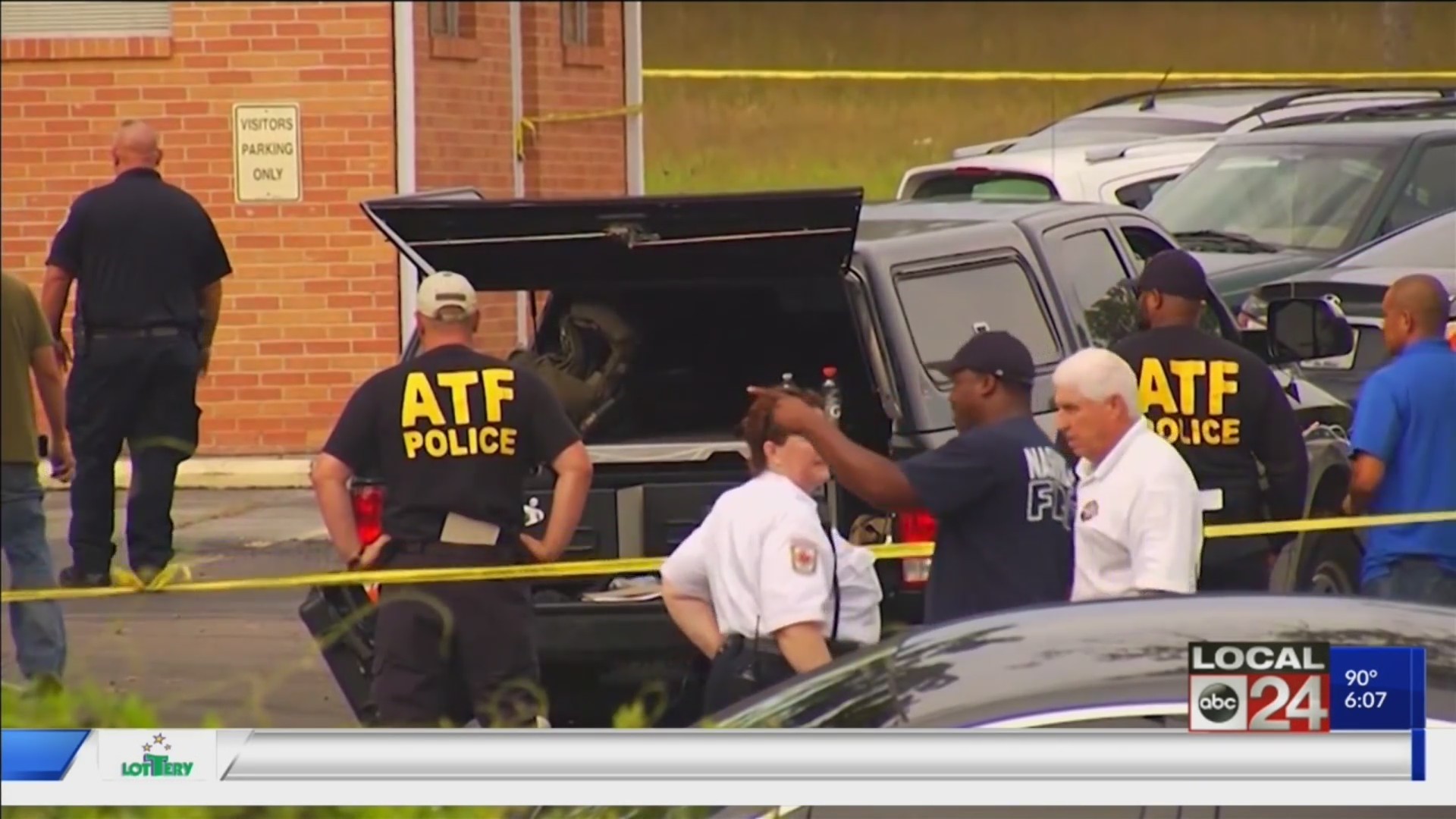 NASHVILLE, Tenn. (AP) — A jury on Friday found a man guilty of first-degree murder in a shooting at a Nashville church two years ago that left a woman dead and seven wounded.

Jurors deliberated less than five hours before delivering the verdict against Emanuel Kidega Samson. He was found guilty on all 43 counts in the indictment.

Samson, 27, is black; the victims are white. Samson left a note about a 2015 shooting massacre at a South Carolina black church and aimed to kill at least 10 white churchgoers in revenge, Deputy District Attorney Amy Hunter said. Jurors are next considering a life sentence without parole, a decision that could be made as early as Tuesday.

Congregants of the multicultural Burnette Chapel Church of Christ testified during the four-day trial about the hail of bullets and the bloody scene that unfolded in front of them just after their Sunday worship service concluded. Some had the gunshot wounds to show for it.

After the verdict was read, they poured into the hallway, cried and hugged each other.

Burnette’s minister, Joey Spann, remembered Samson as a different man years ago when he once was a member of Spann’s church, well before the shooting. The preacher, who lost a finger in the shooting spree, said his congregants haven’t even heard “I’m sorry” from Samson.

“I hope that that other Emanuel Samson comes back,” Spann said following the verdict. “I also hope he comes back to him in jail for the rest of his life.”

The September 2017 shooting rampage killed 38-year-old Melanie L. Crow of Smyrna, Tennessee. She was shot in the church parking lot while she walked out to her car to get a cough drop, dropping her Bible and notes, Hunter said.

“Melanie touched and left an impression on everyone she met,” Crow’s sister, Bridget Polson, testified. “She had a big heart, a beautiful smile, and an uplifting soul.”

Samson testified that he didn’t remember committing the crime. He said his mental health disorders have caused lapses in memory and constant shifts from feelings of ecstasy to the thoughts of suicide he said he experienced the morning of the shooting. He said he’s on medication now in jail and his thoughts have “slowed down drastically.” He said his memory kicks in at the tail end of the church shooting, when he was shot in the chest during a tussle with a congregant who authorities say saved lives.

To undermine Samson’s testimony, prosecutors replayed jail calls from the month after the shooting in which he and his ex-girlfriend laugh about the victims and brag about how good he looked in media coverage. They called his spotty-at-best memory a convenient way to avoid answering hard questions on the witness stand.

Samson also said he couldn’t remember writing the note that cited white supremacist Dylann Roof’s massacre at a black church in Charleston, South Carolina, in 2015. The note, found in his car outside the church, included a reference to the red, black, and green Pan-African flag, sometimes called RBG. Additionally, prosecutors said Samson swung his gun by two African American churchgoers during the shooting, skipping over them.

“Dylann Roof is less than nothing,” the note read, according to Hunter. “The blood that 10 of your kind will shed is that of the color upon the RBG flag in terms of vengeance.” The note included an expletive and ended with a smiley face, Hunter said.

Samson said he did remember writing what the defense described as a suicide note to his then-girlfriend that day.

The judge had limited what could be said in front of jurors about Samson’s mental illnesses. Defense attorney Jennifer Lynn Thompson said the case was deemed not to meet the criteria for an insanity defense.

Before the trial, the judge largely shielded details about the case from public view. At an open hearing in April, it was revealed that a psychiatrist diagnosed Samson with “schizoaffective disorder bipolar type” and post-traumatic stress disorder after an abusive, violent upbringing.

With the jury out of the room, Samson’s father at one point testified that he unsuccessfully tried to persuade authorities to take away Samson’s guns after he sent a suicidal text in the summer of 2017.

Churchgoer Robert Caleb Engle, 24, testified that during the rampage, he twice confronted the gunman, who was wearing a tactical vest and a motorcycle-style mask with a clown smile on it. Engle said he was pistol-whipped three times in the head. At one point, he pushed the gun back on the shooter and a shot fired, striking the gunman and sending him to the ground.

Engle said his father kicked the gun away, stood on the shooter’s hand and told Engle to go get his gun out of his truck.

Engle came back with his weapon, put his foot on the shooter’s back and stood guard until first responders arrived.