ELIZABETHTON, Tenn. (WJHL)- Officials with the National Transportation Safety Board held their first news conference Friday afternoon after Dale Jr. and his fam... 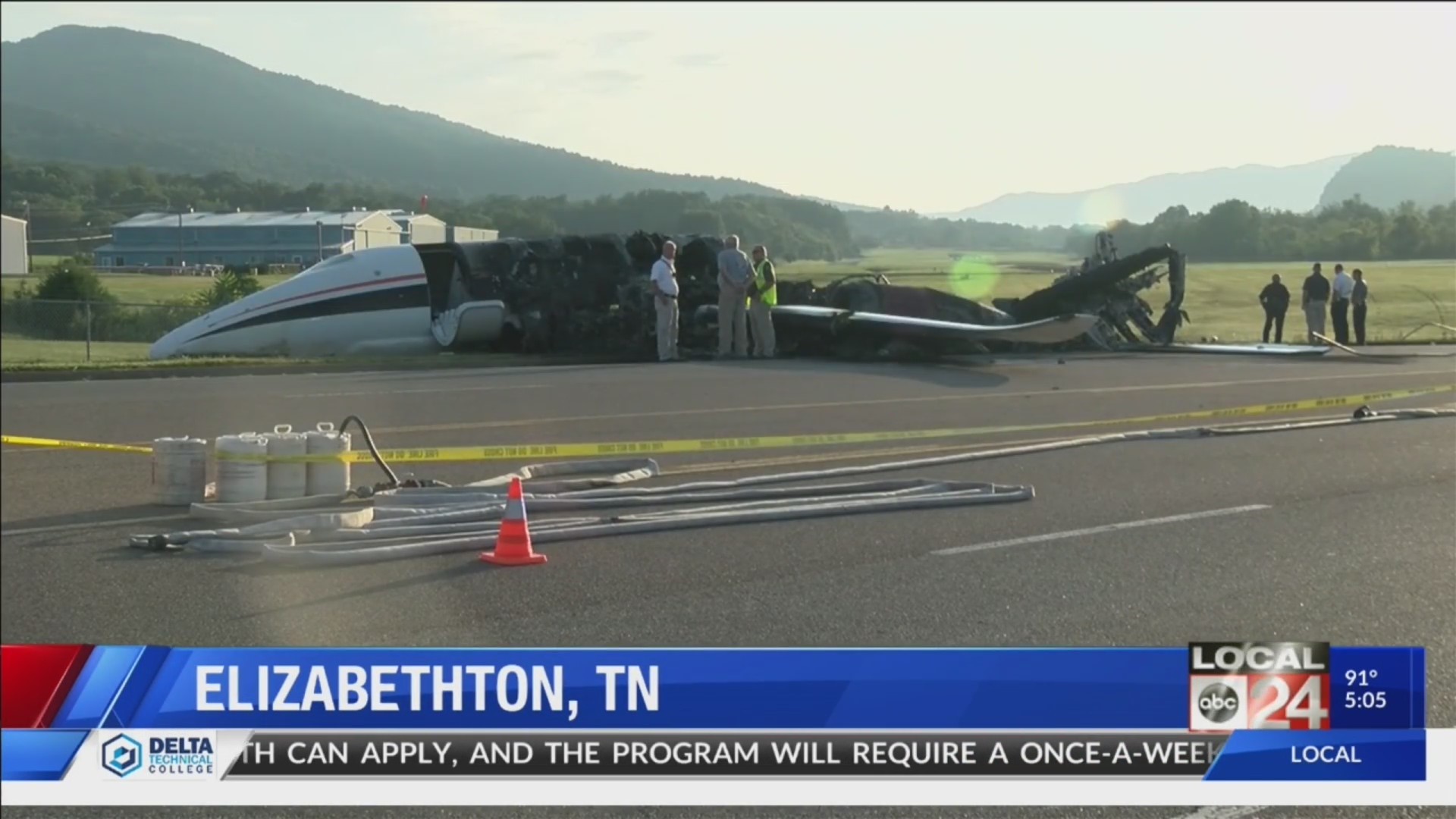 ELIZABETHTON, Tenn. (WJHL)- Officials with the National Transportation Safety Board held their first news conference Friday afternoon after Dale Jr. and his family were able to escape a plane crash in Elizabethton.

NTSB investigator Ralph Hicks of Atlanta Georgia said they expect investigators to be on site for 2-3 days documenting evidence.

Hicks said they were able to obtain video surveillance from nearby businesses that showed the crash as it was happening.

Minutes away from a press conference updating the status of the plane crash investigation. pic.twitter.com/sz1VCY1czA

The plane, traveling from Statesville, North Carolina, bounced at least twice before “coming down hard” on the right-wing landing gear, according to investigators.

Investigators said the airplane continued down the entire runway and eventually came to a stop on Highway 91.

Hicks said in Friday’s news conference that they were able to speak to both pilots of the plane, describing them as two “professionally trained pilots.”

Ralph Hicks with the @NTSB_Newsroom:

-Good weather, calm winds
-Plane bounced atleast twice
-Going to be on scene 2 or 3 days
-Going to go into cockpit and fuselage and cut the plane up
-Airplane has voice recorder, will go to DC headquarters for analysis@WJHL11 pic.twitter.com/pAQStDNhXv

The plane was equipped with a cockpit voice recorder that will be analyzed by the NTSB as part of their investigation.

In the news conference, Hicks did say that the passengers on board, Dale Jr. and his family, were able to evacuate the plane before it caught fire.

You can watch the entire news conference below.