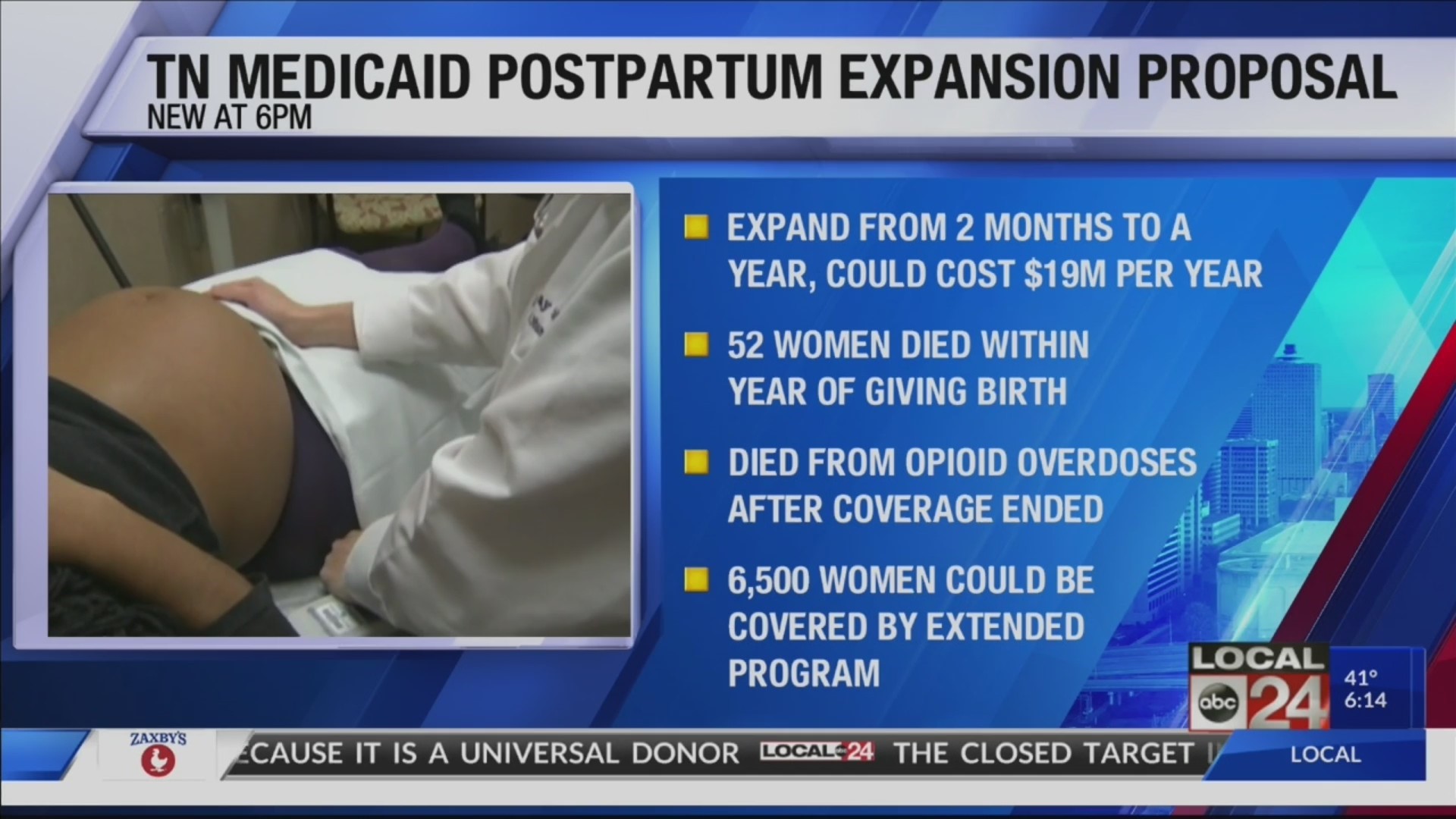 The Tennessean reports TennCare Deputy Director Stephen Smith announced at a Wednesday state budget hearing that the program hopes to expand the program current two-month coverage to an entire year.

Smith says the move was inspired by 52 Tennessee women whodied in 2017 within a year of giving birth. He says many of the women sufferedopioid additions and, with the risk of relapse heightened postpartum, most diedfrom overdoses after their TennCare coverage ended.

TennCare estimates that up to 6,500 women currently noteligible for state insurance could be covered by the extended program.TennCare’s budget presentation proposes a three-year pilot of the expansion,which it says may cost about $19.5 million annually.

Information from: The Tennessean, http://www.tennessean.com