Three people in Kingsport are now facing several charges including child neglect after a child was discovered inside of a shed. 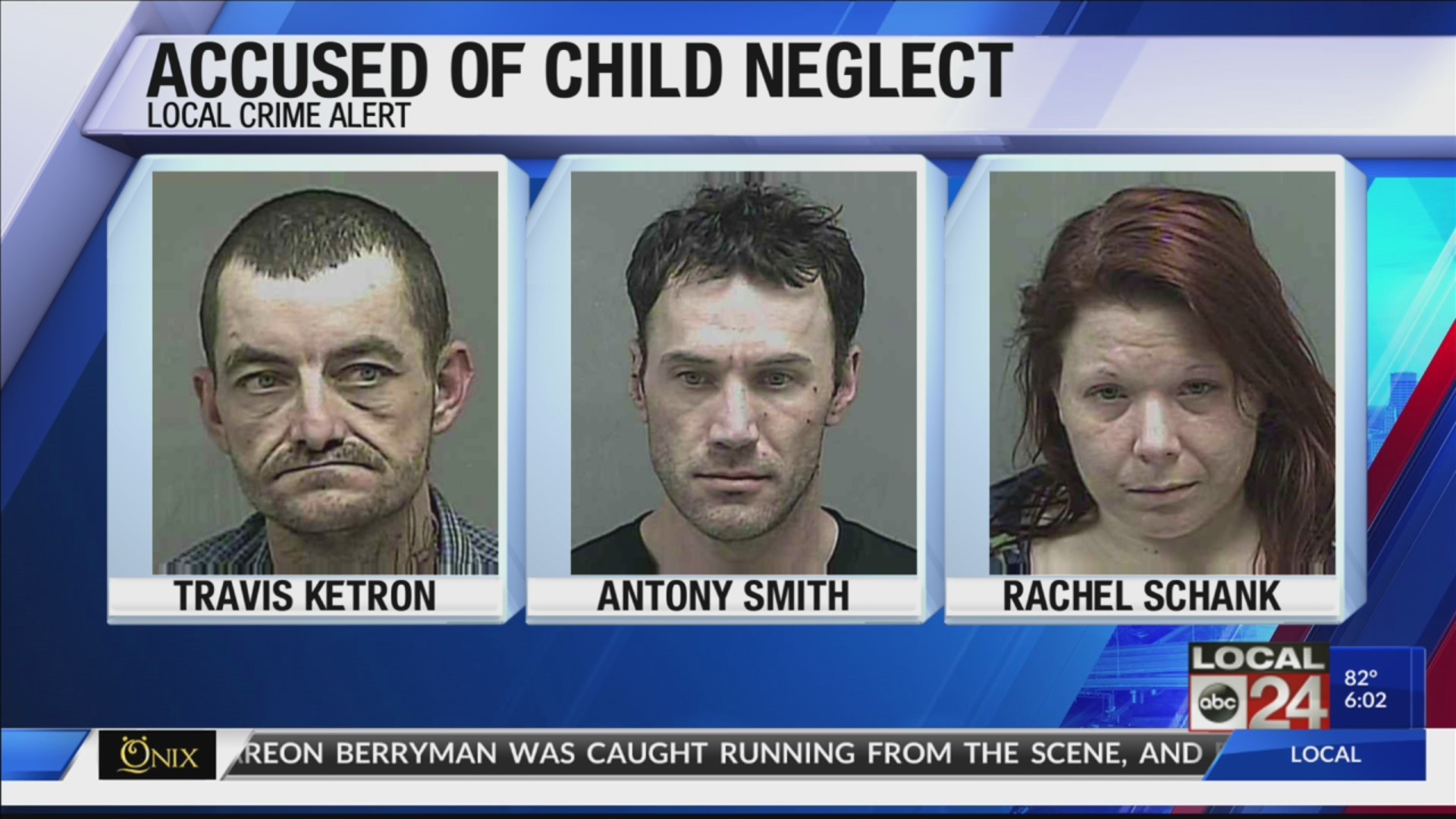 KINGSPORT, Tenn. (WJHL)- Three people in Kingsport are now facing several charges including child neglect after a child was discovered inside of a shed.

According to court documents, police in Kingsport responded to a home on Riverside Road on April 5th for a welfare check after a child was seen defecating in the backyard of a home.

Once officers arrived, they found three people inside that home, identified as Travis Ketron, Antony Smith, and Rachel J. Schank.

As authorities spoke to Schank, the report details that she “refused to say how long the child had been staying with her, or where the child was sleeping.” Schank told officers the home had no running water.

Officers then heard noises coming from the shed in the back of the home.

Court documents reveal they found a 10-year-old child in that shed along with a couple of mattresses and other items “that indicate habitation.”

The report said, “The child had no access to running water, only water in jugs.”

Once authorities issued a search warrant for the home, they found drug paraphernalia and other items that are involved in the process of making methamphetamine.

All three people at the home were arrested and are now facing multiple charges including child neglect and endangerment.

Officials with the Sullivan County Sheriff’s Office confirmed Travis Ketron and Rachel J. Schank are still in jail, each under a $30,000 bond.