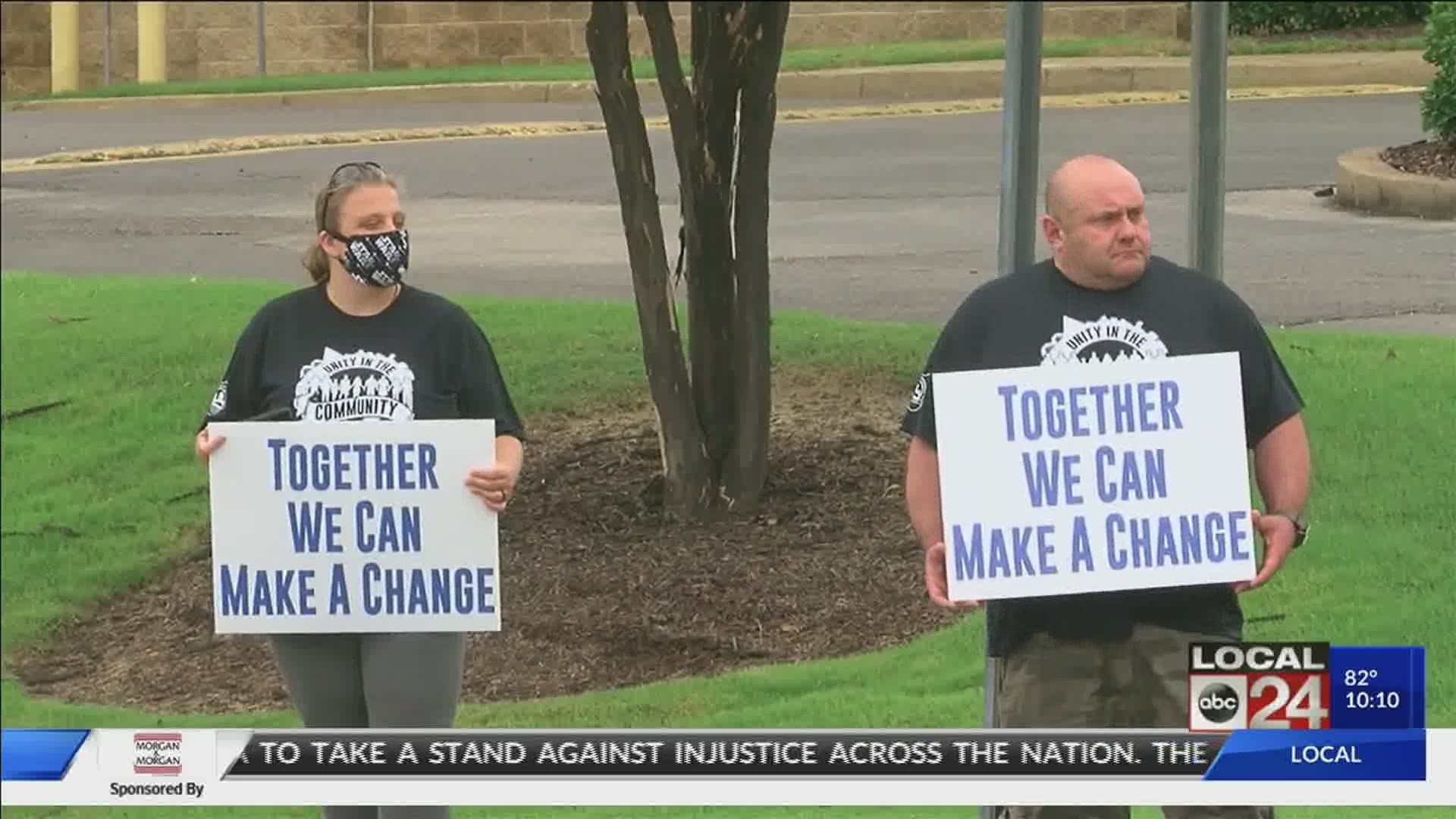 MEMPHIS, Tenn. — Dozens of members of local law enforcement gathered near Wolfchase Galleria to take a stand against injustice across the nation.

The rally called, "Cops against Injustice" was an opportunity to hear their take in light of incidents involving police officers, like the death of George Floyd in Minneapolis.

Many people who attended the rally Saturday along North Germantown Parkway say they were grateful for the safe space to share their opinions.

"This attack on law enforcement, I think it's warranted but I think we are the only group in the United States of America that can pull it off so we're going raise up to the challenge," said Memphis Police Director Michael Rallings.

"We wanted to provide a safe space for them to be able to be apart of the movement that's going on because there are a lot of officers that are against injustices that are perpetrated upon citizens, officers anybody," said Mike Williams, President of the Memphis Police Association.

Williams says members of the police association are against any mistreatment of individuals regardless of their race.

"When you sit on a man's neck for 8 minutes and 46 seconds, that's a problem," Williams said.

"We can't be quiet because all police officers are not this way. We have to come out and let the community know, we are against injustice, we are against people doing people wrong period," said MPD officer John Grandberry.

The participants say every day they show up and serve the community.

"I've had 12 officers shot at in the last four weeks, we haven't had one single officer involved shooting this year where an officer discharged their weapon at a citizen," Director Rallings explained.

They want people in Memphis to work with them and increase better police relations.

"We support fairness, we support justice but at the same time we are officers and we want to go out and serve the community and be in the best light as possible," said Gregory Amos from the Shelby County Sheriff's Department.