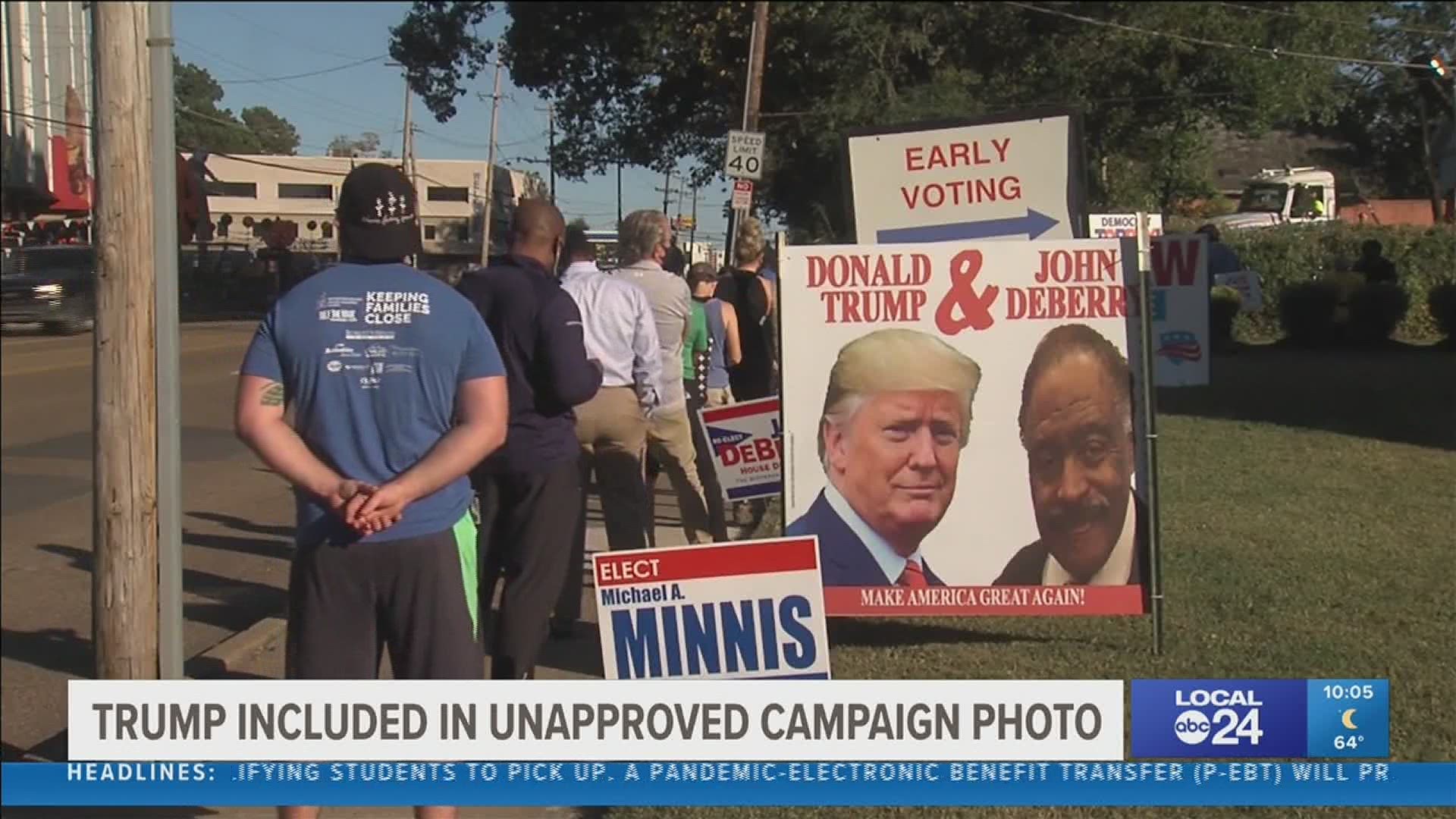 The say all politics is local, but this election year the Presidential Election has been sucking all the air out of the room. However, some local races down ballot are getting heated as well.

State Representative John DeBerry is referring to several signs that have popped up at early voting locations linking him with the President Trump campaign.  Representative DeBerry was recently voted out of the Democratic Party, so he’s running as an independent.

“My campaign and the President’s campaign have absolutely no association or correlation, “ said Representative DeBerry.  “In the 26 years I have been in office I have never ever sent out a negative piece on my opponent, I have never called my opponent’s name negatively. “

“At no point would Torrey or anyone directly affiliated with his campaign engage in a such abhorrent behavior.  His campaign has only engages in forms of positive voter outreach. Signs don’t vote. People do. Rep. DeBerry should be less concerned about a sign and more concerned about if he still is continuing to properly represent his constituents.”

NEGATIVE CAMPAIGN ADS - They are popping up everywhere as we start the first day of Early Voting Season in the Mid-South. Coming up at 10 - hear from some of the candidates who vow to remain respectful this election season. @LocalMemphis pic.twitter.com/SqLpd6pgim

But that’s not the only race turning ugly.  Negative mailers are also being distributed about District 82 State Representative Candidate Jerri Green. She is challenging Republican Mark White and recently saw a picture of her surrounded by fire, accusing her of being anti law enforcement.

“They took a picture of mine that I took walking in the Germantown Christmas parade with another state representative. I was there passing out candy with my children, a very wholesome event, and they made it look like there’s riots and fires behind me,” Green said.

The ad is paid for by the House Republican Caucus and Representative White says he had nothing to do with it and has run a clean campaign.

“We need to have common sense and compassion back in our government and we need to restore public faith in our public officials. We cannot do that with these cartoonish ads,” Green said.

Negative ads and unflattering pictures are nothing new, but these candidates plan to remain respectful.