MEMPHIS, Tenn. (localmemphis.com)- If you’re shopping this weekend you may want to keep in mind what’s happening with the global economy.  The trade... 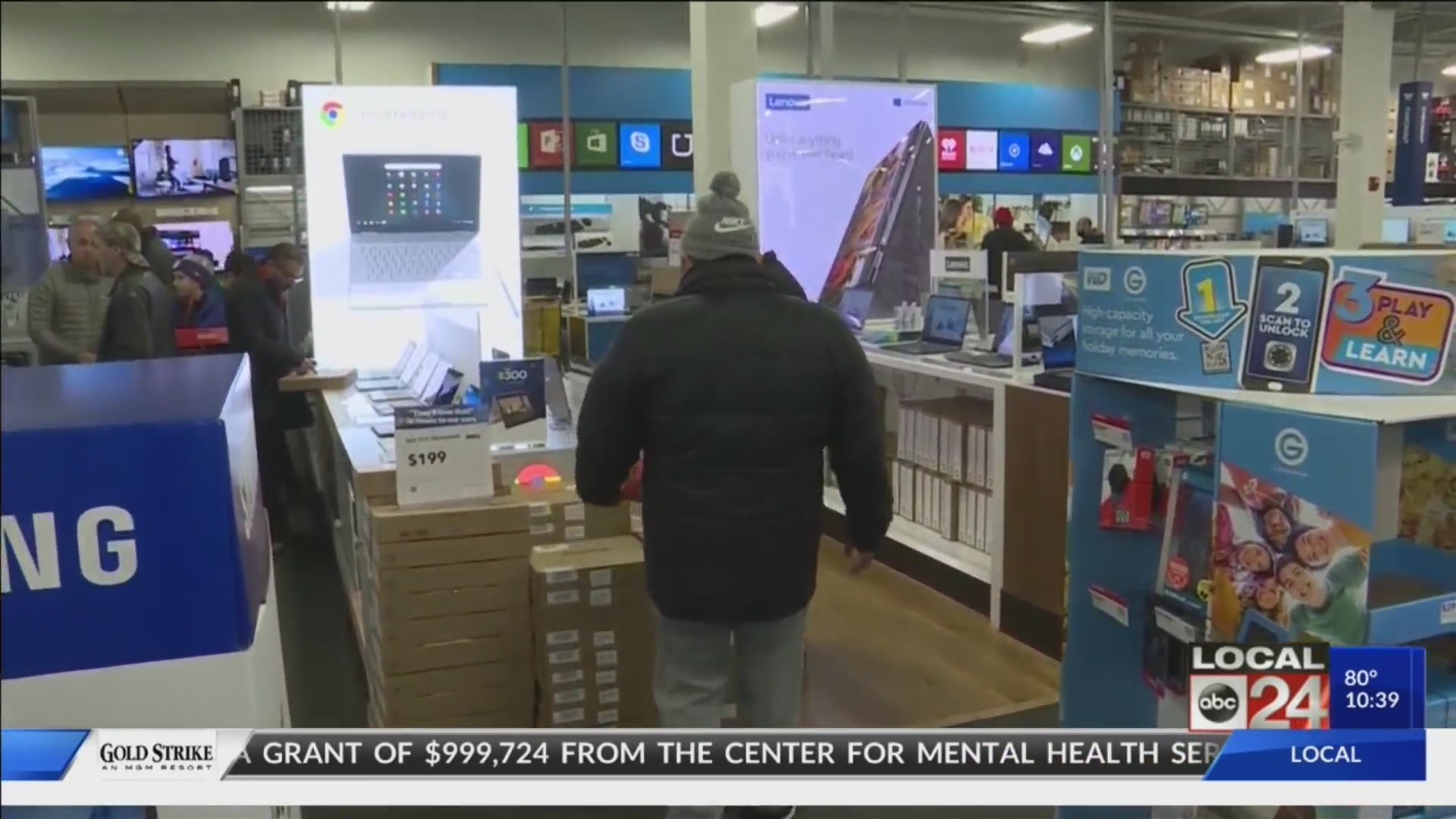 MEMPHIS, Tenn. (localmemphis.com)- If you’re shopping this weekend you may want to keep in mind what’s happening with the global economy.

The trade war between the United States and China has increased tariffs on electronic products like TV’s and I-Phones.

It’s likely to impact your holiday shopping as well if you’re planning to get a head start.

“I do most of my shopping online, just like, I think most consumers do in the U.S. unless it’s like for large, like I said, durable goods.”

Bryan Murray shopped at Best Buy Saturday on the hunt for electronics.

He believes rising tariffs on Chinese products is worth some temporary discomfort in the short term.

“Ultimately, if we do see those tariffs come, then of course it’s going to hit the American consumer,” said Murray. “But I think in the long-run we need to do something with China, so I think in the long run it’ll probably be a good thing.”

The American and Chinese trade war is escalating.

Chinese made products like shoes, TV sets and clothes, which now include a 15-percent tariff could become more expensive.

“The companies are going to have to decide whether they want to pass on the cost or eat the loss themselves, if they pass on the costs you’re going to see an increase in all sorts of things consumers buy over the next year,” said CNBC’s Eamon Javers.

A second round of tariffs is expected to take effect around mid-December which means your family’s Christmas list could be rising.

“I hope that whatever it is, balances it out,” said mother Jessica Green. “Because it costs a lot of money to raise one child. If you’re spending all this like we are, a family of seven, it’s a lot of money.”

Green, who manages a household of seven, will be finding the best sales.

“If you stay a way from the malls and you go towards the outlets, you get a bigger bang for your buck. “

The U.S. and China are expected to return back to the negotiating table in early October. Experts are predicting a genuine compromise will be difficult.

“These trade wars always hurt in the short run but I think in the long run maybe we can work out something where the US and China trade relations are a little bit more mature,” said Murray.