A man has been charged in a shooting Sunday along Interstate 40 in Memphis. 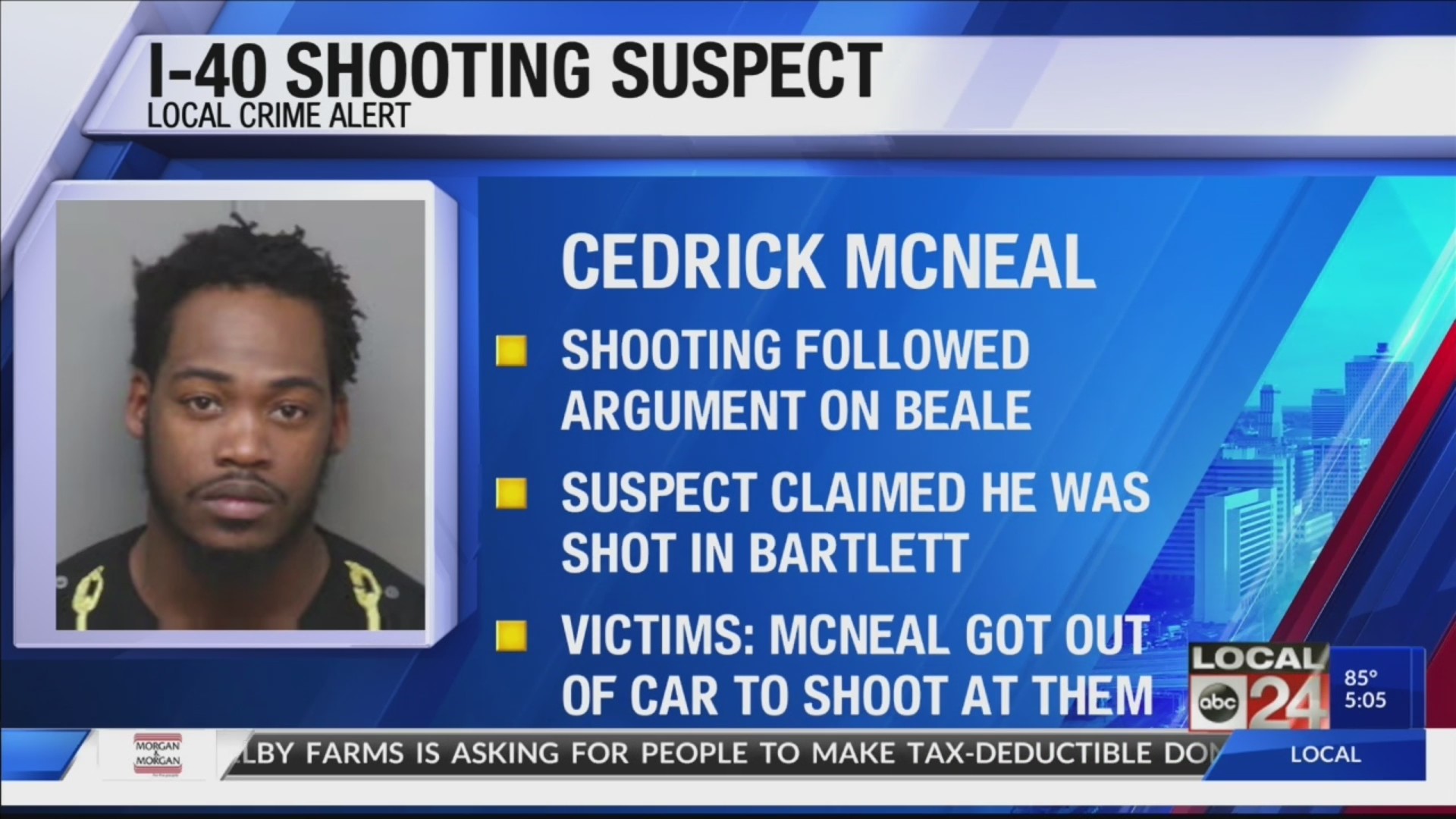 MEMPHIS, Tenn. (localmemphis.com) – A man has been charged in a shooting Sunday along Interstate 40 in Memphis.

The police report reveals how they say he tried to cover it up.

Investigators say Cedrick McNeal and the victims had an argument on Beale Street before the shooting. Later that same day, police say McNeal went to the hospital, claiming he was shot in the elbow while on the side of the road in Bartlett.

Investigators say his story didn’t add up, noting he matched the description of Sunday’s shooter along I-40 near Warford.

The victims told investigators they got a good look at him when they say McNeal got out the car and fired at least six shots at them.

He is charged with four counts of attempted murder.