As the number of unruly passengers continues to grow nationwide, an Arkansas man who delayed a Northwest Arkansas flight is facing multiple charges. 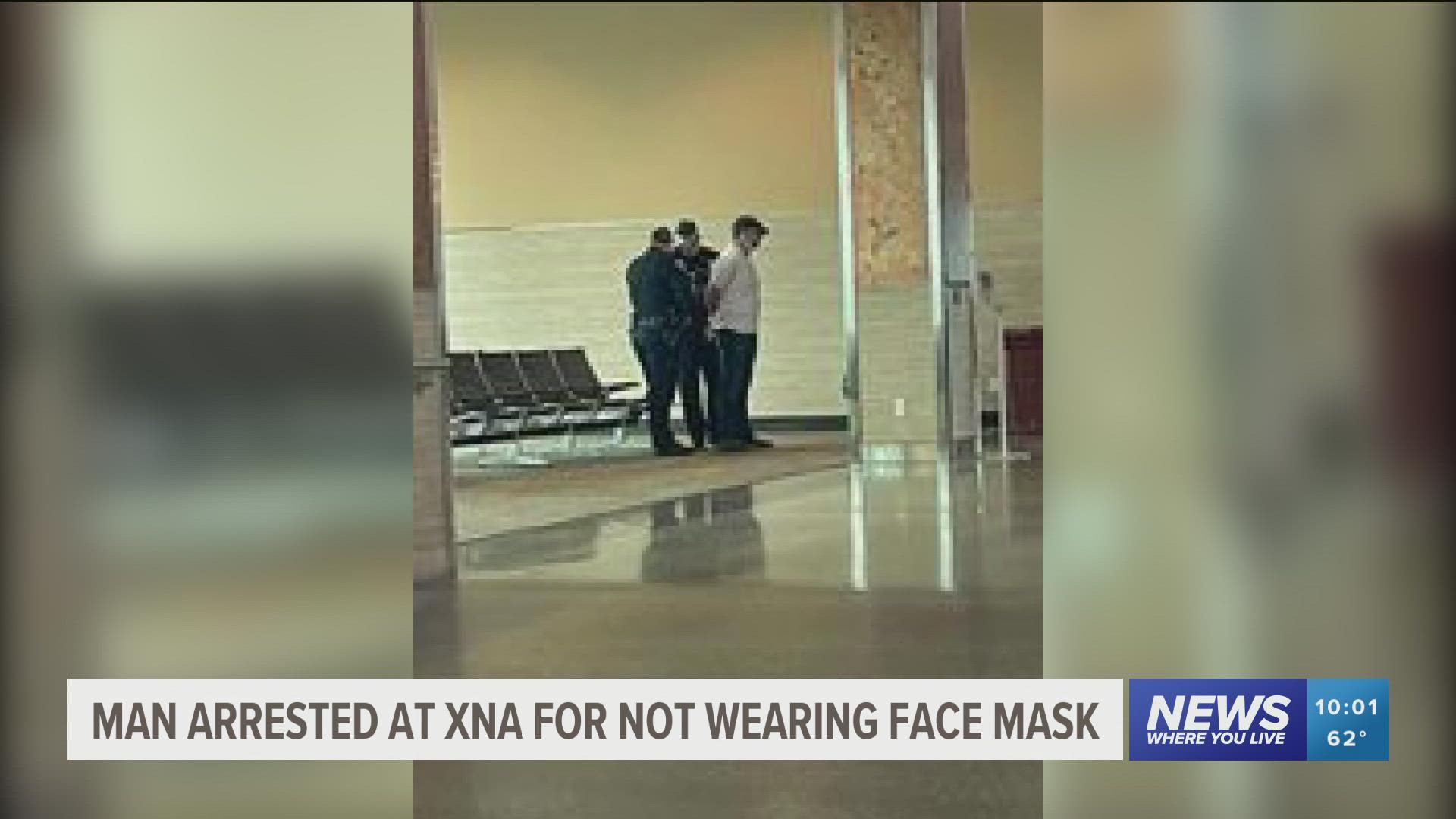 HIGHFILL, Ark. — The FAA is reporting an increase of unruly airline passengers who are refusing to wear masks, and one of the most recent incidents happened this week in Northwest Arkansas.

Passengers aboard an American Airlines flight at the Northwest Arkansas Regional Airport (XNA) were asked to get off a plane Wednesday, Oct. 6, after a man refused to wear a mask while onboard.

“So, it delayed at one of our flights in the morning on October 6 headed to Dallas,” said  Alex English, XNA PR and Marketing.

The flight was delayed by 30 minutes because of the man not complying with the face mask policy.

Officials say the man, identified as Garret Daniel, was arrested and is now facing charges of public intoxication, third-degree battery and disorderly conduct.

Cases like the one at XNA are becoming more common amid the coronavirus pandemic.

“My colleagues are anxious and fearful. What’s going to happen on the next flight? How will this passenger react if I request them to wear their mask?” said Teddy Andrews with the Association of Professional Flight Attendants.

According to an FAA report, from the start of the year to Oct. 3, there have been nearly 4,626 reports of unruly passengers, 3,366 of them are for not wearing masks.

“Flight attendants, gate agents and other employees have the right to go to work without the fear of being harassed, intimidated, abused, as assaulted, period,” said Republican Missouri Representative, Sam Graves.

Due to a federal mandate, masks are required inside airports and airplanes nationwide.

“That means coming into an airport or you’re going onto an aircraft, you will be required to wear your mask for the entirety of your trip,” English said.

XNA says it follows a three-step process to ensure everyone is masked inside the airport or on board a flight. The airport will first offer passengers a mask if they don’t already have one. If refused, they are arrested and charged with criminal trespassing and could face further penalties.

However, some are asking for more to be done.

“Now what do we need?,” asked Sara Nelson, former International President of the Association of Flight Attendants. “We need DOJ criminal charges and enforcement, make the FAA zero-tolerance policy permanent."

5NEWS is still working to find out more details about this case at XNA.

TSA has not released the man’s name but says he was arrested by local law enforcement once he was removed from the plane.