The family of Andra Murphy, shot and killed by police in Bolivar, Tennessee, earlier this month, have hired attorney Ben Crump. 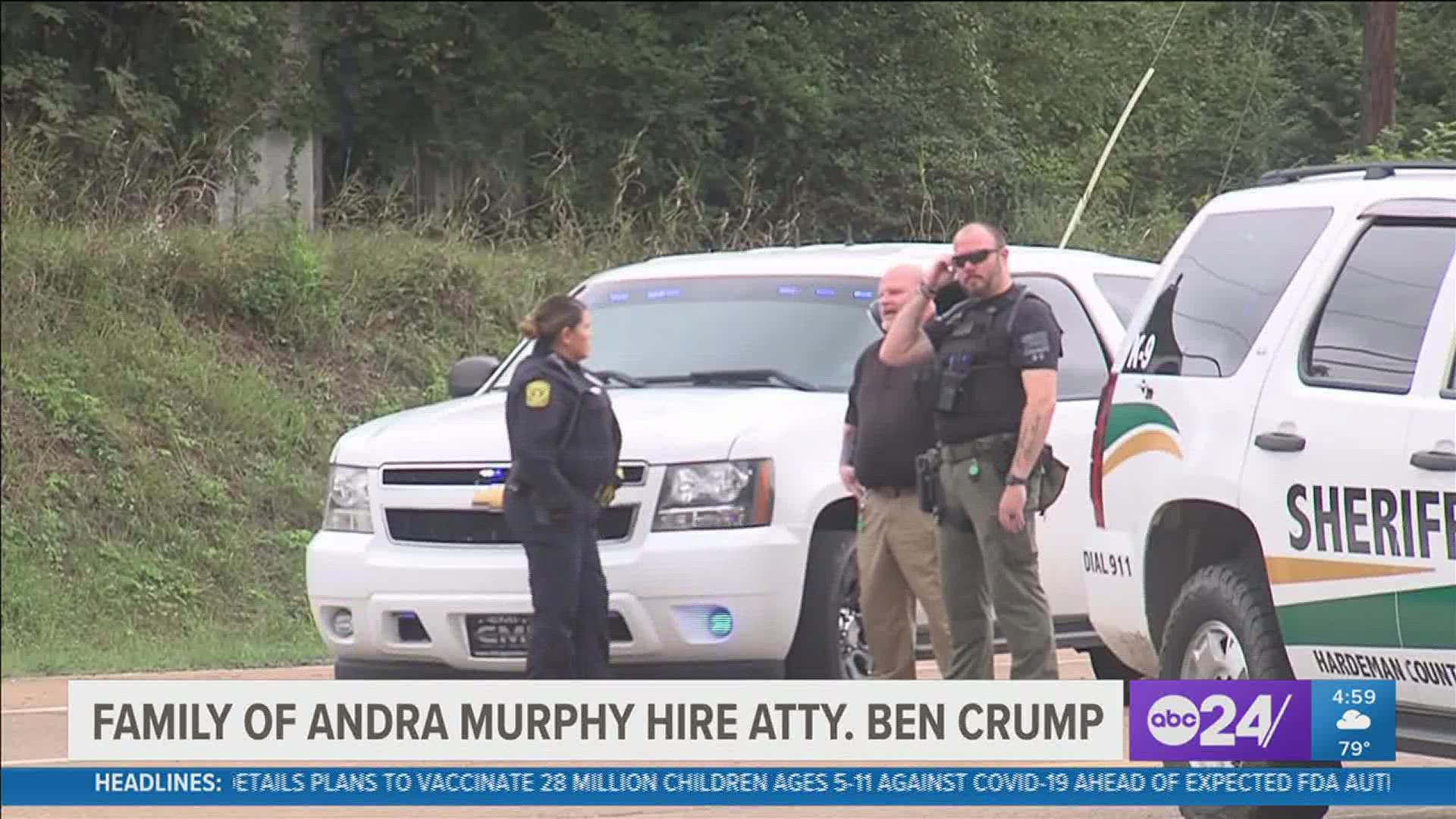 MEMPHIS, Tenn. — The family of a man shot and killed by police in Bolivar, Tennessee, earlier this month have hired Civil Rights Attorney Ben Crump. They believe Andra Murphy was shot in a case of mistaken identity and want video released of the shooting.

Murphy was shot and killed about 6:00 a.m. October 6th at the Hardeman County Criminal Justice Complex in the 500 block of South Main St., just off the Bolivar square.

The TBI said 43-year-old Murphy was armed and threatened the correctional officers outside the complex. Investigators said three Bolivar Police officers responded and Murphy drove off, but then returned, got out of his vehicle, and confronted the officers.

The TBI said things escalated, and at least one of those Bolivar Police officers fired at and hit Murphy, who later died at the hospital.

In a statement, Crump said the family believes Murphy was not the man who initially threatened correctional officers.

“My thoughts and prayers are with Andra Murphy’s family – especially his wife and four children – as they grieve his loss. While the investigation is ongoing, much more information is needed, not only for the family’s closure but to determine if this was a case of mistaken identity,” said Crump in a statement. “The family has been given information that their loved one was innocently killed by the police because they assumed he was the initial gunman. We demand the release of video footage to show if the car that was driven by the initial gunman was the same car that Andra was driving when he arrived. The family continues to ask for your prayers for answers, transparency, and justice.”

A Bolivar Police spokesperson said the responding Bolivar Police officers are on administrative leave, which is standard procedure following an officer involved shooting.

Attorney Ben Crump also represents the family of Alvin Motley, who police said was shot and killed by security guard Gregory Livingston at the Kroger Fuel Center in east Memphis August 7th. Video of that shooting was shown in court last month.

He is also on the legal team for the family of Ahmaud Arbery, shot and killed in Brunswick, Georgia. The trial for the three white men charged in Arbery’s death is underway.

NEWS ALERT: @AttorneyCrump has released a statement and been retained by the family of Andra Murphy, a Black man who was shot and killed by Bolivar police officers outside of the Hardeman County Justice Complex on the morning of Oct. 6. pic.twitter.com/YegHc56xhn