Hundreds of Ole Miss students and even some faculty members held an anti-Confederate march Friday on campus. 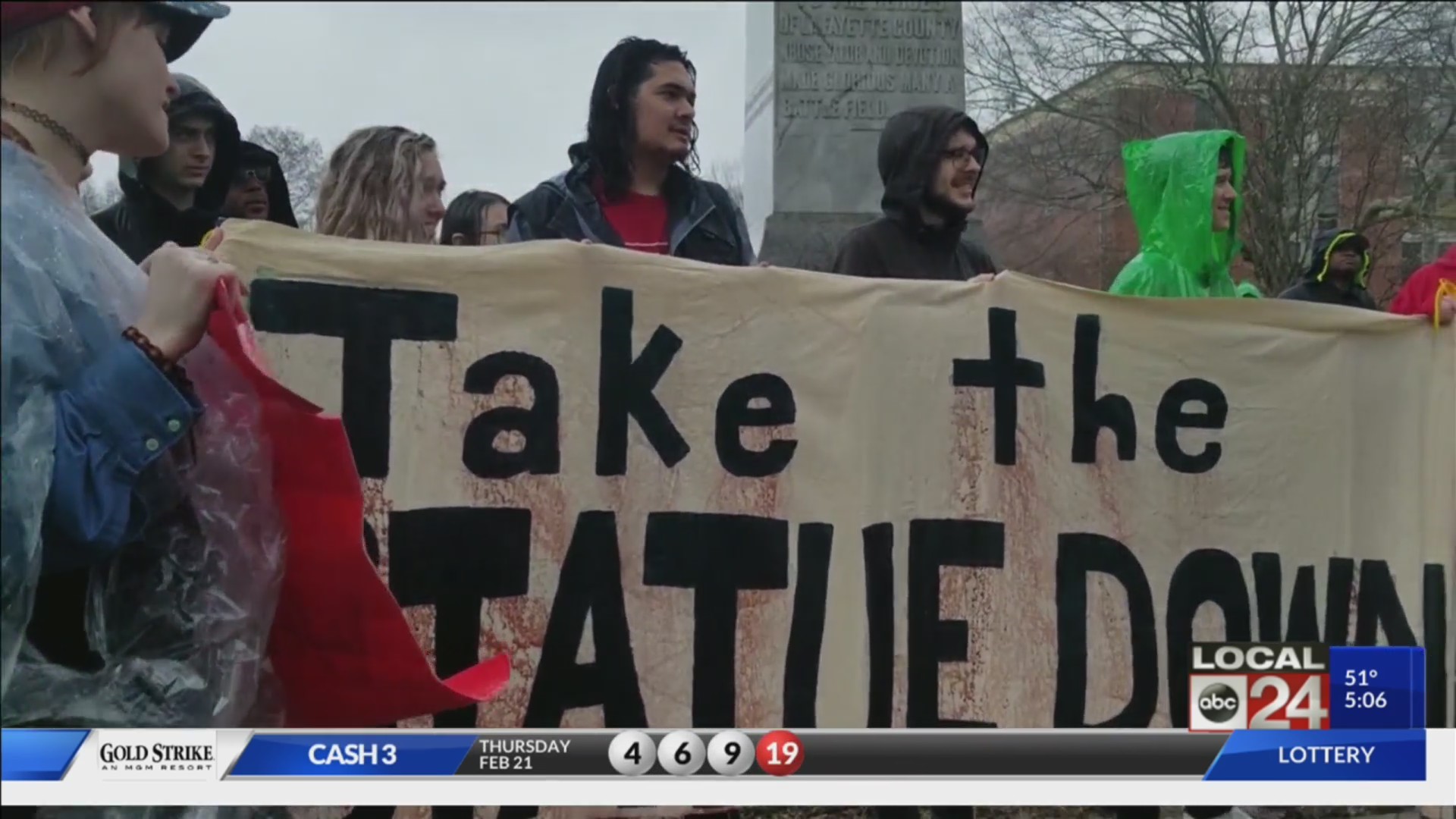 Hundreds of Ole Miss students and even some faculty members held an anti-Confederate march Friday on campus.

The march was organized by SASI, which stands for Students Against Social Injustice.

They marched from Lamar Hall to University Circle where a 113-year-old Confederate monument remains.

Students have been planning this march for months in hopes of getting Ole Miss administration to remove all Confederate memorabilia on campus.

“We don’t want it here, because when people come on to this campus and they see it, they don’t think about our history and any type of educational way, they don’t read the plaques. What they see is a monument to honor values that the student body, the majority of student body does not agree with,” says Jared Foster, Organizer with Students Against Social Injustice.

Organizers say the march was planned well before learning about Confederate 901’s march, which is planned for Saturday.