The changes vary, from decreasing bus frequency to adding more connections on a route. A handful of fixed routes could be discontinued all together. 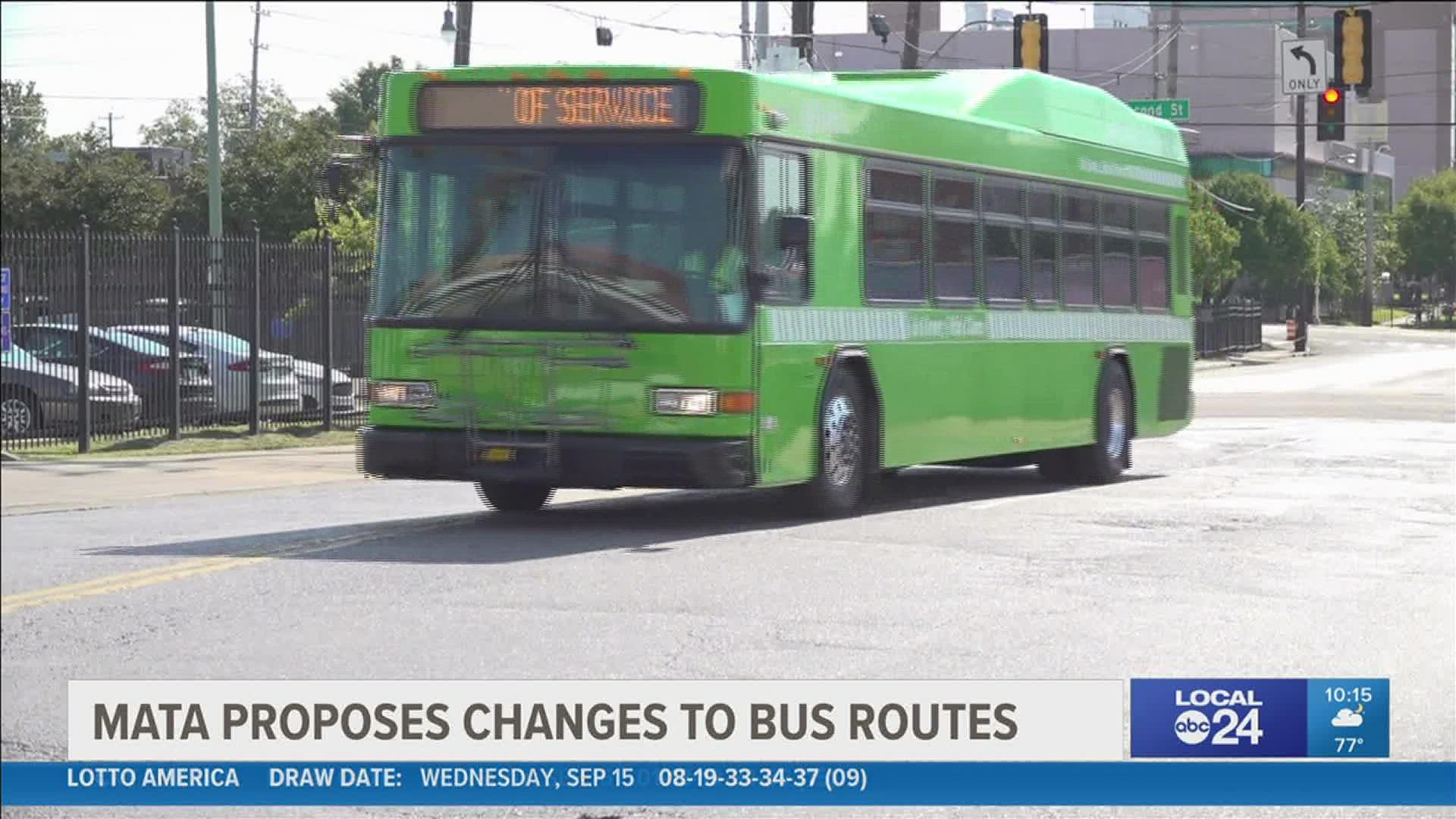 The changes vary, from decreasing bus frequency to adding more connections on a route. A handful of fixed routes could be discontinued all together.

“You're yanking away services from people," said resident Johnnie Mosley. “You're losing the trust of people when you when you disconnect your bus routes away from them."

Johnnie Mosley joined the second virtual, public meeting by phone and spoke up for his community in Boxtown, route 38. It's one of MATA’s six least performing routes, According to data, the route averages about 30 to 35 riders per day.

"We don't want to take any ridership away from anyone," replied John Lancaster Director of MATA’s Planning and Scheduling.

Boxtown is one of three communities with MATA’s new curb-to curb transit program called Ready! In the new proposal, Ready! would replace the fixed route.

But Ready! is a one-year pilot program, and some are worried that program could go away, too.

“You're banking on that, but you but you have no guarantee for future funding for the following year after you do your evaluation in 2022,” said Mosley. “That's my concern."

According to Lancaster, funding been a problem for years.

“We have no guarantee of any fixed route operational funding either,” Lancaster replied. “And as we've seen, it hasn't been increasing. That's a tough pill to swallow."

This discussion is not over yet. You still have time to weigh-in. The deadline to submit your feedback online, by mail or email is September 20th. A third, virtual public meeting is set for this Saturday, at 9:30am.

Comments sent via U.S. Mail should be addressed to:

Comments via e-mail should be addressed to “November 2021 Service Changes” in the subject line. Send to: publiccomments@matatransit.com.

The MATA Board of Commissioners will review and consider all comments received and address the service changes and effective date at the Board meeting which takes place on Tuesday, Sept. 28, 2021. The Board meeting will be held virtually at 3:30 p.m.