MemFeast Thanksgiving dinner for hungry and homeless moves forward, thanks to volunteers, churches, and others

In less than 12 hours, volunteers will be feeding plates of turkey to more than a thousand hungry and homeless at Memphis City Hall, but the city’s annua... 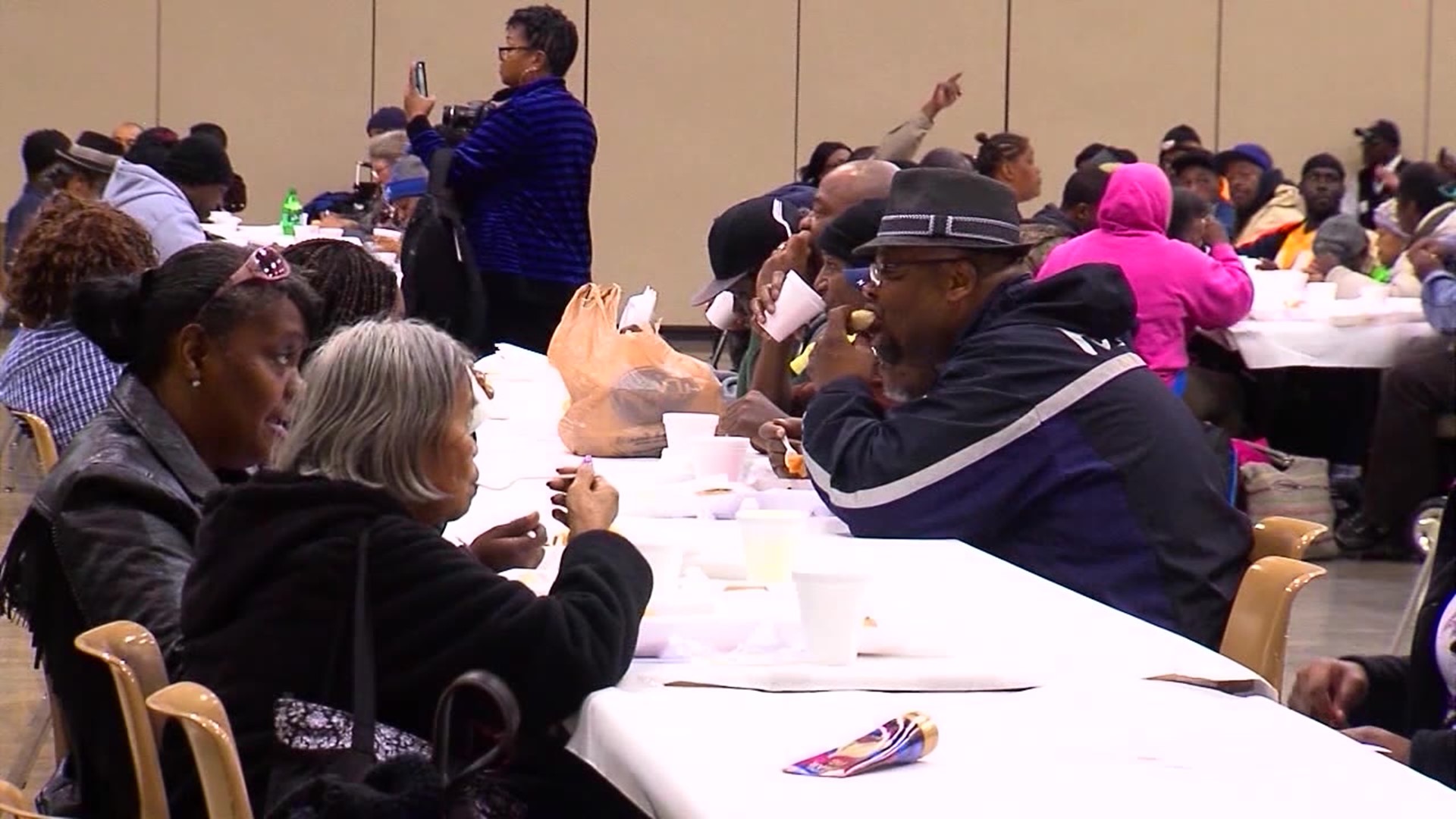 MEMPHIS, Tenn. (localmemphis.com) – In less than 12 hours, volunteers will be feeding plates of turkey to more than a thousand hungry and homeless at Memphis City Hall, but the city’s annual Thanksgiving meal almost didn’t happen due to renovations at the convention center and dried-up funds.

Memphis rallied and Thursday the 35-year tradition will go on. Brian Harris is cooking about half the 100 turkeys, both fried and smoked.

“One group cancelled it, but a lot of great Memphians came together to put it back on,” said Harris.

He’s part of the team we found at Mississippi Boulevard Christian Church doing his part to ensure the MemFeast Thanksgiving event happens Thursday at City Hall.

“What we thought was going to be a negative situation as the old folks say or as the scripture says came out for our best,” said Allison Fouche of the City of Memphis.

For at least three decades, the city’s annual Thanksgiving meal for the hungry and the homeless was at the Cook Convention Center funded by a 3rd party organization, who called it off because of renovations to the convention center. When news of the cancellation broke, calls to help started rolling in.

“Logistically, we’ve been working on this for like, four weeks. We’ve got city vans going to Mt. Vernon Westwood and Bellevue and this church as well to transport the food down to City Hall,” said Harris.

Hot boxes will keep the food warm on it’s trek.

“It’s well thought out,” said Harris. “It’s going to be a blessing to the Memphians we’re serving and to all that come.”

“So far they’ve put the tent up at City Hall,” said Fouche. “We’re getting donations for sleeping bags and things from different organizations.”

Teams of volunteers worked throughout the day Tuesday and Wednesday stuffing boxes with gloves and hats and the last turkey’s will come off the cookers around 6 Thanksgiving morning.

“So, it’s all coming together,” said Fouche.