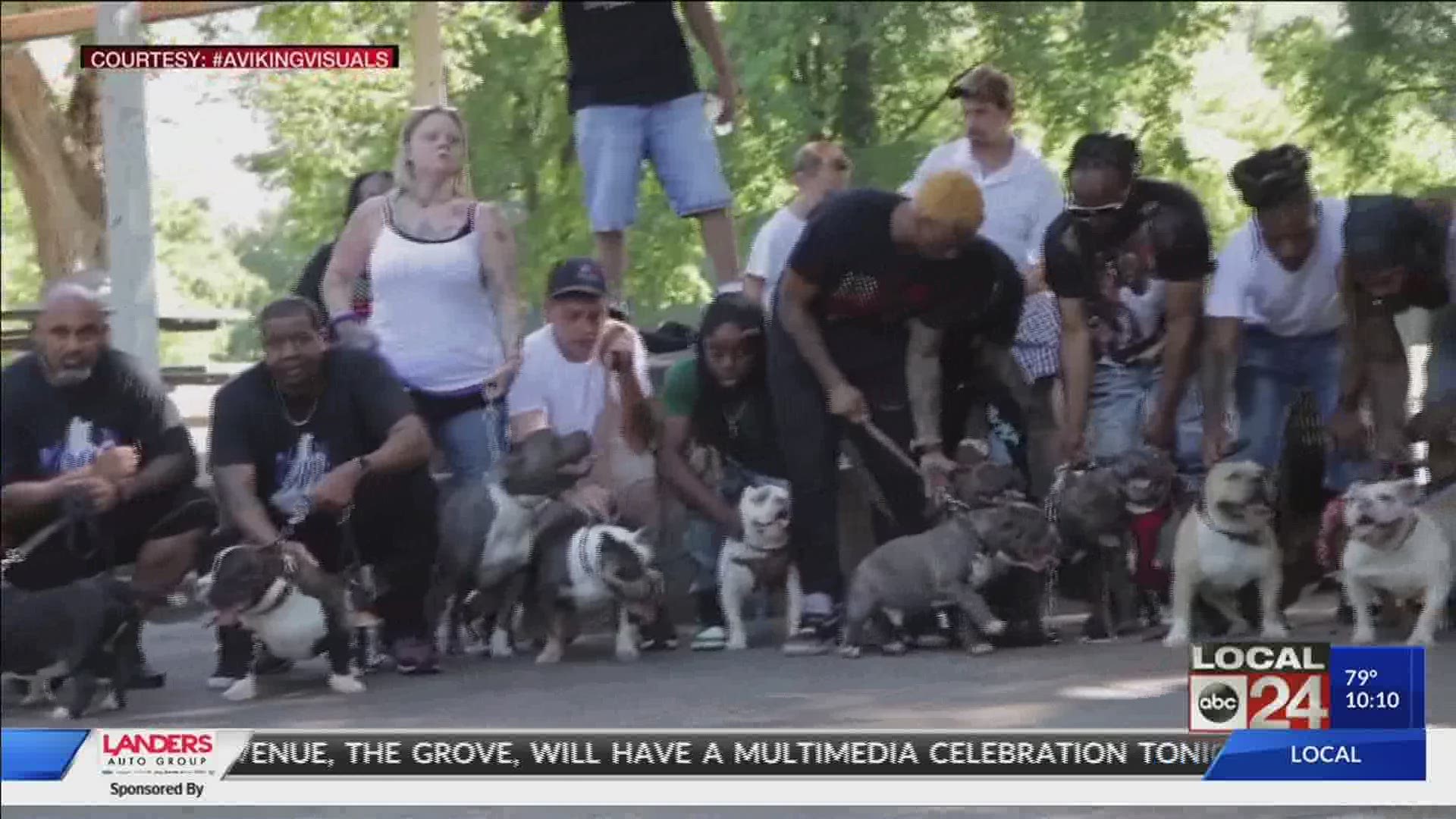 MEMPHIS, Tenn — During a time when race relations are heightened in America, one local organization held an event that brought people from all backgrounds together.

The common link between the group?  They are all owners of American bullies.

The group’s spokesperson, Allen McCoy, says when the death of George Floyd and other incidents across the country were happening, he wanted to show support to the families grieving.  He says being a black father it hit close to home.

“Putting myself in that little girl’s shoes, her to not be able to be around her father, grow up with her father because of a senseless act from a racist police officer, you know that hurt me,” McCoy said.

McCoy was tired of seeing images of looting so he set out a call to the members of the Memphis Bully Mob to get together so they can express themselves.  Normally the group gets together for dog shows, but in this event took a stand against racism.. with solidarity.

“We throw a lot of shows here in Memphis as well and you will be surprised of all the different...from blacks to Hispanics..all of us coming together and we call each other brothers,” McCoy explained.

He says the event last month is the first of many.  Nearly 150 people came out to show their support.  He’s already planning another event in October.

McCoy says he had a diverse upbringing in Memphis and he wants to show the world, these positive images exist.

“To see the different races come out and the large amount of people, it did what I wanted it to do,” McCoy said.

To support McCoy’s mission, click on his FB page to learn more.

RELATED: My Sistah's House to build tiny homes for transwomen