Local 24 is a proud supporting partner of “A New Century of Soul,” the official Memphis bicentennial celebrations. 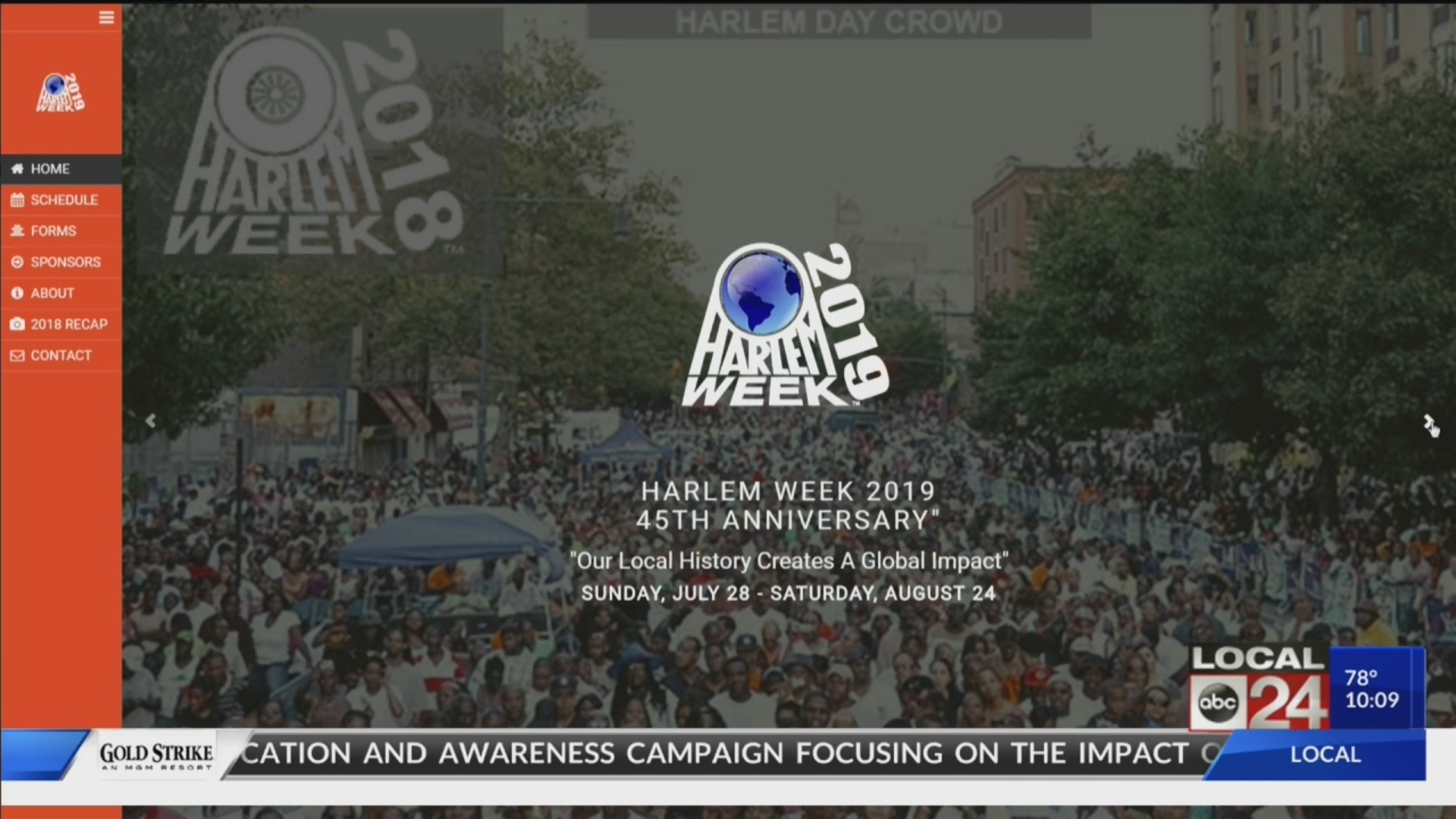 Harlem is getting some southern soul – Memphis soul to be exact – for this year’s Harlem Week. It’s part of Memphis’ bicentennial celebrations.

Local 24 is a proud supporting partner of “A New Century ofSoul,” the official Memphis bicentennial celebrations.

(NEWS RELEASE) – On Thursday, July 18, The Greater Harlem Chamber of Commerce will host the official kick-off for the annual HARLEM WEEK celebration which this year runs from July 28 – August 31 throughout Harlem and New York City.  HARLEM WEEK will honor its 45-year legacy of providing entertainment, arts and culture, educational, technology, and business services to the greater Harlem community by exploring the global impact of its cultural, political, civic, and business influence throughout the country and across the world with programming tied to its theme “Our Local History Creates A Global Impact.” In addition, HARLEM WEEK joins forces with the City of Memphis to honor its bicentennial anniversary celebrating “A New Century of Soul.”

The Memphis/Harlem celebration will pay tribute to both iconic municipalities’ cultural impact on food and music throughout the world, and will launch this new century of continued influence with a yearlong partnership.  Memphis/Harlem festivities will include “A Taste of Memphis & Harlem” which runs from August 12-18 and will showcase a selection of popular dishes from each city at select Harlem restaurants.  Memphis artists will also be performing throughout HARLEM WEEK alongside Harlem musicians at multiple venues and stages.

Also featured will be the inaugural Harlem Jazz & Music Festival which runs from August 24-31.  The soon-to-be annual event will feature indoor and outdoor concerts and performances, jazz brunches, and events at local nightclubs.

“In 45 years, HARLEM WEEK has grown from being a one-day event to a month-long celebration highlighting the rich cultural, political, and economic heritage of the Harlems of the world,” said Lloyd Williams, President of The Greater Harlem Chamber of Commerce.  “We’re proud of how we have grown into a regional, national, and international summer destination and we’re excited to share this milestone with the city of Memphis as it celebrates its ’New Century of Soul’. Both Harlem and Memphis have become iconic destinations due to their cultural contributions on a global scale and we look forward integrating these influences into this year’s HARLEM WEEK.”

“As Memphis stands at a unique moment in time celebrating the past, while embracing the next 100 years, we are honored to partner with our iconic sister community of Harlem and New York City,” said David French, President and Chief Marketing Officer at Memphis Brand Initiative. “Each has uniquely changed the world. Now together, we proudly unite our vibrant, historic and proudly diverse cities, sparking a call-to-action for all those that feel the heart, passion and determination to create positive change as part of a ‘New Century of Soul.’”