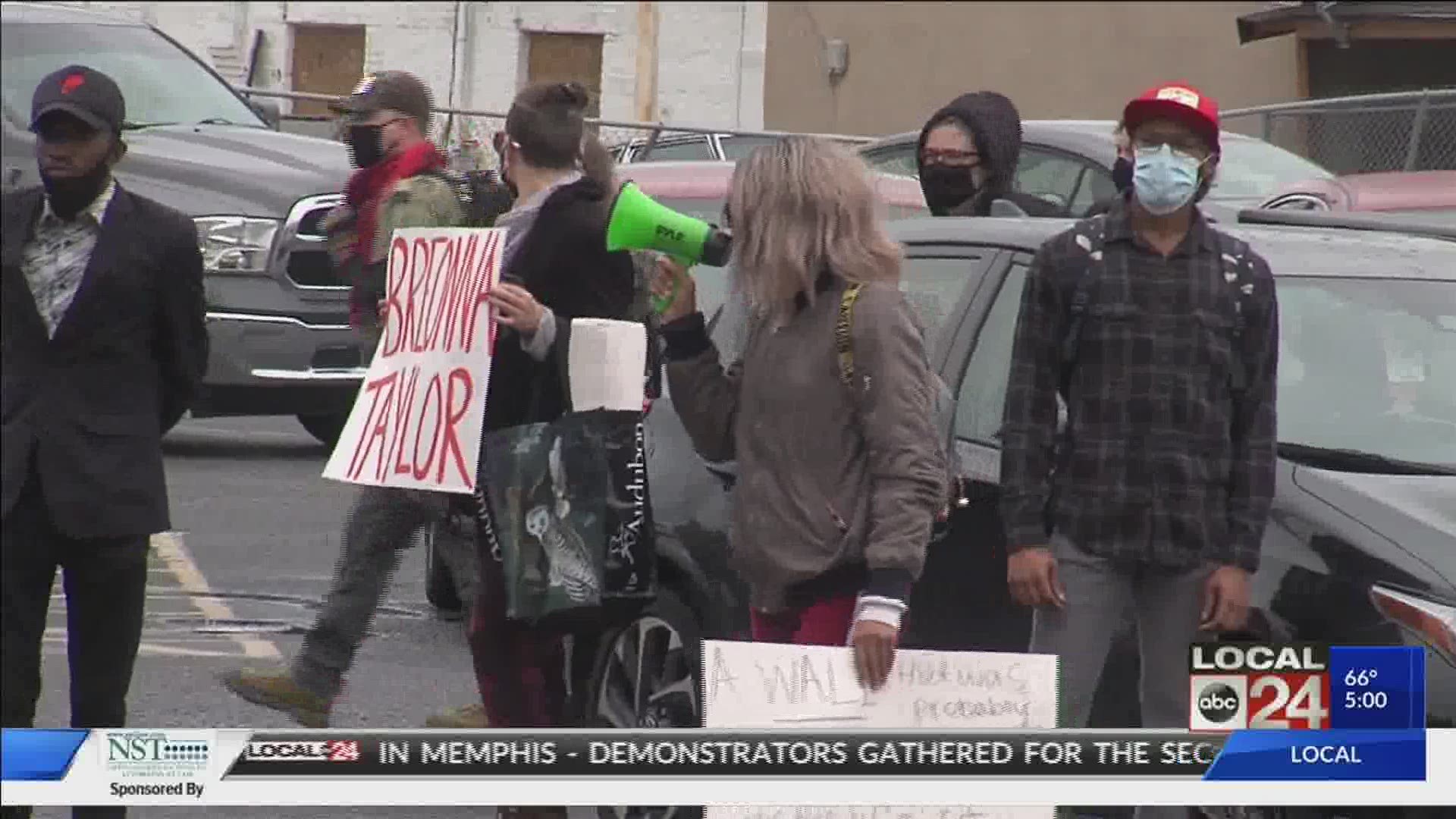 MEMPHIS, Tenn. — Dozens of demonstrators blocked Poplar Avenue in downtown Memphis for about an hour, starting around 1:00 p.m. Thursday, during a rally for Breonna Taylor.

The demonstrators chanted: "We are here for Breonna Taylor! Say her name! Breonna Taylor!" and "We come here today because we are in support of all black women."

The gathering started on the sidewalk and moved onto the street near the Shelby County Jail entrance. The group chanted a mix of pain and anger, some yelling at law enforcement inside glass doors and in riot gear as a precaution.

Wednesday, a Kentucky grand jury declined to directly charge any of the three Louisville Police officer who shot at - and killed - the 26-year-old inside her apartment in March. The officers, looking for Taylor's ex-boyfriend, used a 'no-knock' warrant and battering ram to get inside. Investigators said Taylor's ex-boyfriend shot at one of the officers and the EMT died after two other officers returned fire.

"When it's a senseless loss, it hits you at the core," Memphis Police Director Mike Rallings said.

Thursday afternoon after the demonstration had broken up, Director Rallings reminded the public that in June, largely in response to Taylor's death, his department banned 'no-knock' warrants.

"Warrant service is very dangerous. It's something we don't take lightly and do it very cautiously," Director Rallings said.

The Memphis Police director also said Thursday afternoon that since 2018, his department served 760 search warrants and only rarely did any of those warrants end up with an officer being shot at or an exchange of gunfire. 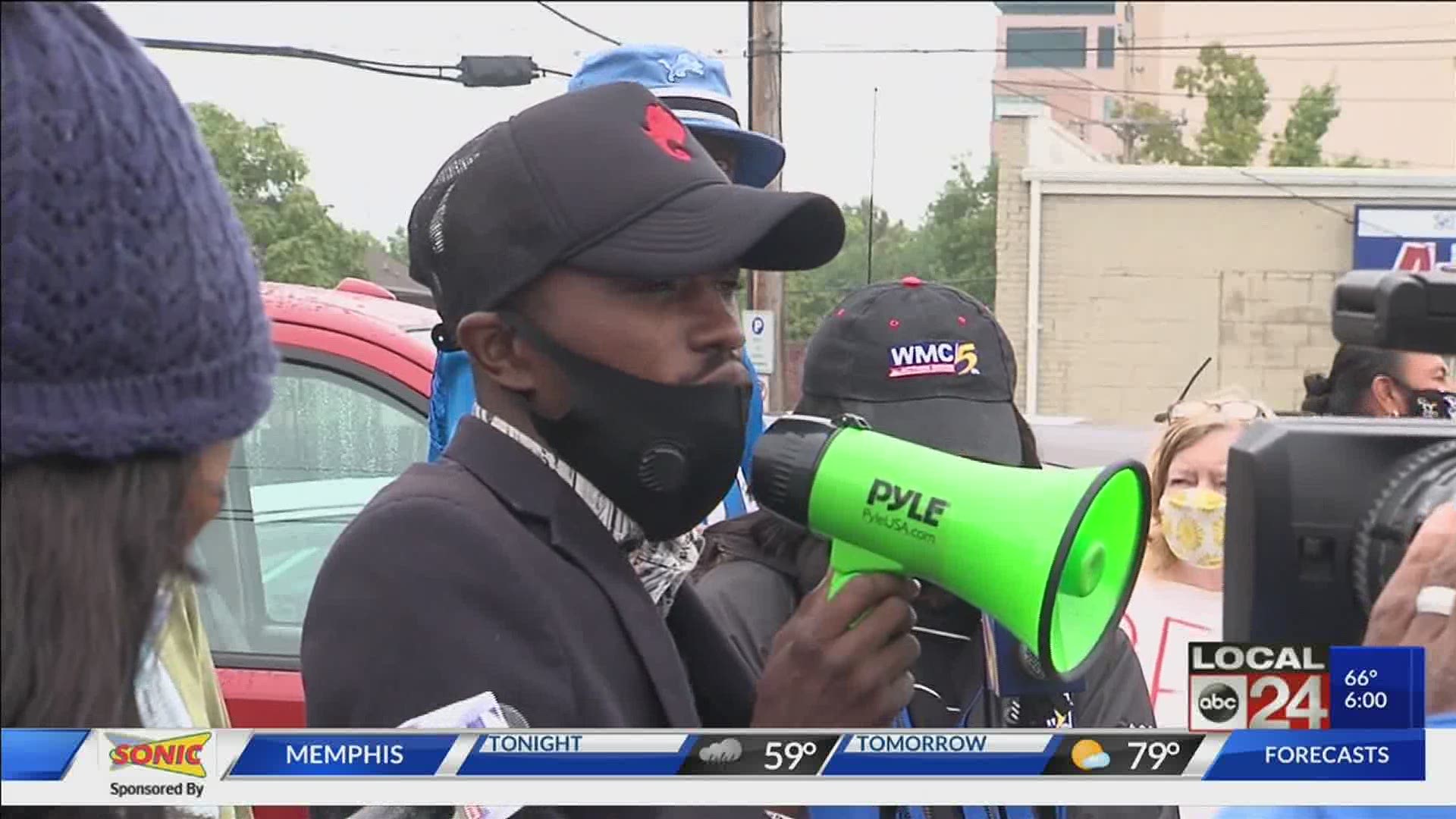 Update. Demonstrators cleared off of Poplar. NO ARRESTS. pic.twitter.com/C8gfWKBldR

Things in a holding pattern currently in downtown #Memphis. This group has been standing here for a half hour but no engagement yet with law enforcement. It’s worth boring where they are on standby is the normal jail visitor entrance. pic.twitter.com/XORspXDggM

Tension between demonstrators and drivers in downtown #Memphis during #BreonnaTaylor rally. pic.twitter.com/w5GRnRafSY