Davis is the first person chosen as chief from outside the Memphis Police Department in decades. 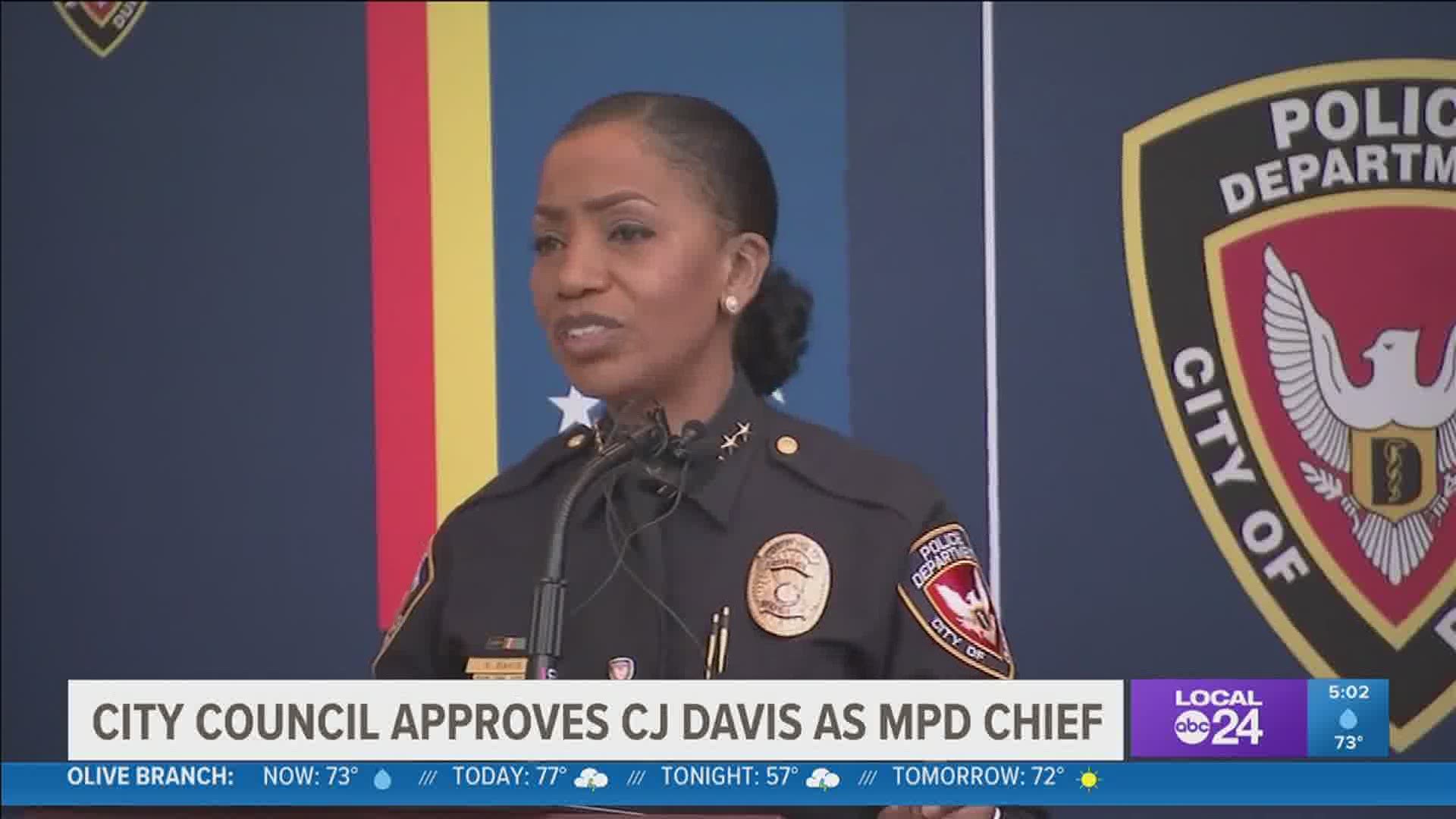 MEMPHIS, Tennessee — It's official: the Memphis Police Department has a new chief - the first woman to lead MPD in its nearly 200 year history, Cerelyn 'CJ' Davis.

"I've been the first woman in a lot of things these days. I'll be glad when we get to a point where I'm not the first anymore," Davis said. "I look at myself as a candidate who is capable and qualified, and we should celebrate that we are breaking ceilings - but at the same time I stay focused on the work I know how to do."

Davis is scheduled to begin work June 14th, after winding down her work as police chief in Durham, North Carolina, where she's served for five years.

Davis said she's excited to get started and has key decisions ahead, including who will be in her top command at MPD.

"I don't plan to do any appointments quickly, you know. I would like to have an opportunity to get inside the department, assess where people are. There's a lot of talent in the Memphis Police Department. I plan to leverage that talent," Davis said.

The law enforcement veteran promised she'd be laser focused on the 20% on the population who traditionally commit 80% of crimes, especially aggravated assault offenders. 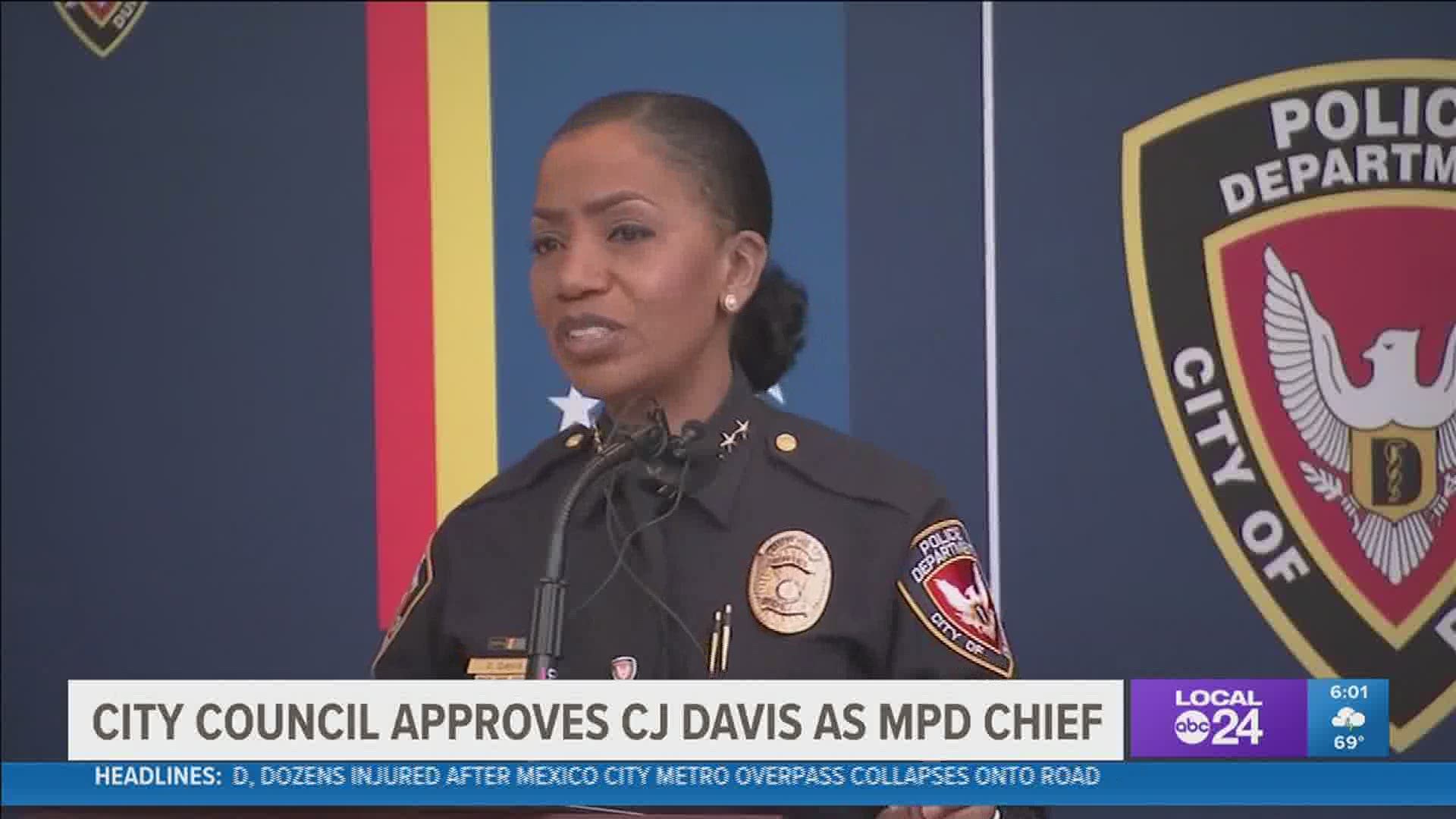 Davis said success to her as chief would be a fully restored complement of officers and a police force focused on relationships in neighborhoods and making the city proud.

Davis taking over as Memphis Police chief is historic in another way. For the first time, both MPD and the Memphis Fire Department will be led by women.