Memphis City Council addressed ordinances to crackdown on reckless driving on the roadways and ensuring the homicide rate isn't as dire as last year's. 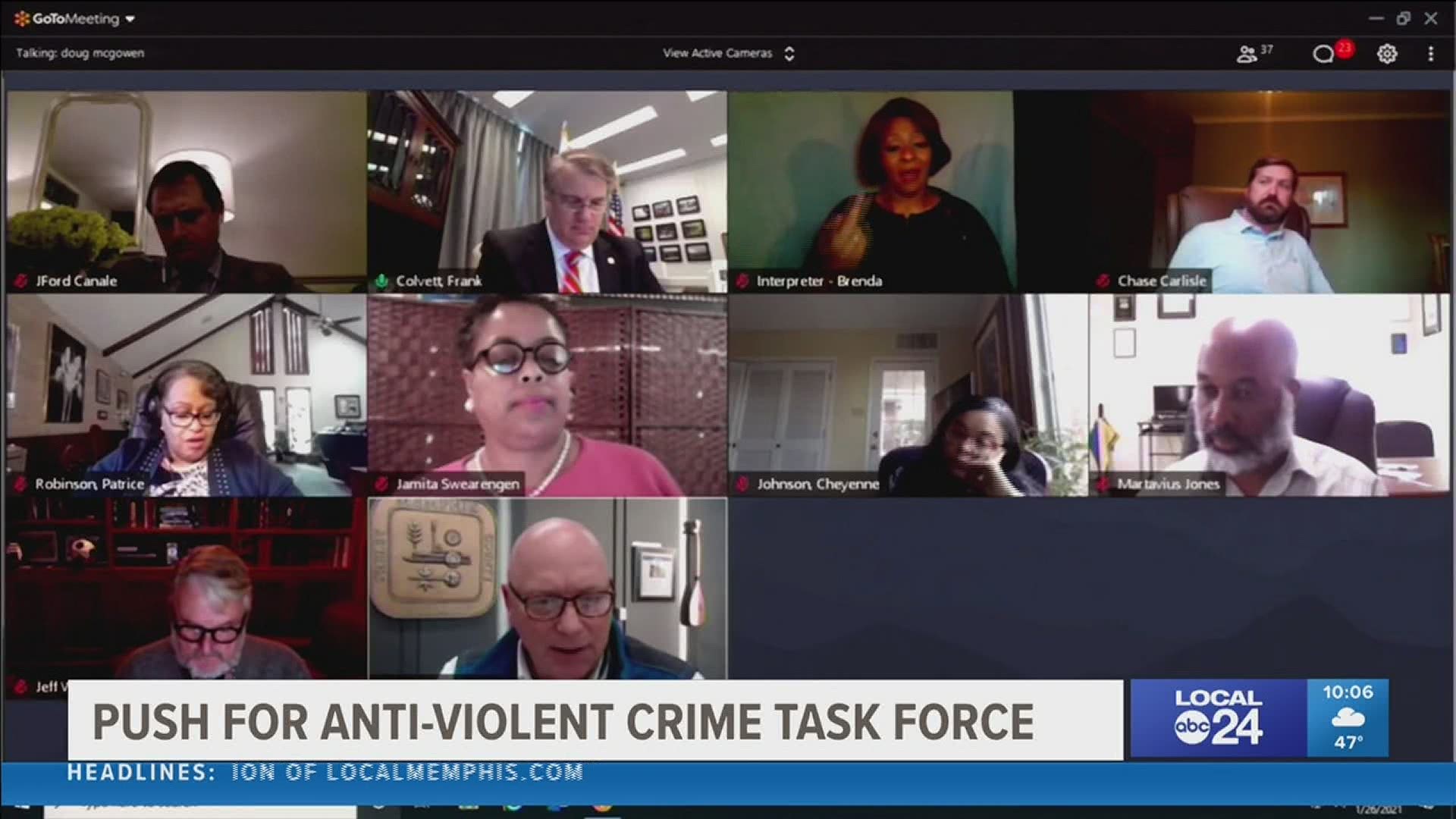 MEMPHIS, Tenn. — Crime and punishment highlighted Tuesday's Memphis City Council meeting from a crackdown on drag racing to whether to endorse the Mayor's anti-violence task force.

"We're concerned about crime and our murder rate and we don't want more of our citizens dying at each others hands," said Councilman, Dr. Jeff Warren.

Warren explained a resolution giving Strickland the green light to create and fund the Anti-Violent Crime Task Force outlined in the Mayor's State of the City Address last week.

"We want to get them the services they need. We want to take the guns off the streets that they have and we want to make our neighborhoods safe," said Warren.

It goes on to list partnerships, but Councilwoman Rhonda Logan was looking for more such as, partnerships with economic and job opportunity organizations, rather than just law enforcement or criminal justice agencies.

"Looking at the resolution I'm concerned the organizations that have been compiled don't necessarily address the root of the problem. We've had the Crime Commission, Operation Safe Community. You know we've had a number of initiatives yet the crime rate, the murder rate is escalating," said Logan.

Others on the Council agreed, so the measure will be re-worked and voted on next Monday.

Also, Tuesday--you've probably heard or seen it for yourself. Scenes of reckless driving exhibitions, halting traffic like what played out on I-240 at Walnut Grove recently.

Then there was the resolution requesting MPD investigate whether city employees participated in the U.S. Capitol riots in Washington D.C.

That measure would have been unanimous except for Councilman Worth Morgan's 'no' vote.

For good measure, Grammy nominated artist, Dominique "Lil Baby' Jones was recognized for donating to those in need.