Whether its on a state road, or a city road, Tuesday was pothole-a-palooza in Memphis, Local 24 News reporter Mike Matthews has all the information. 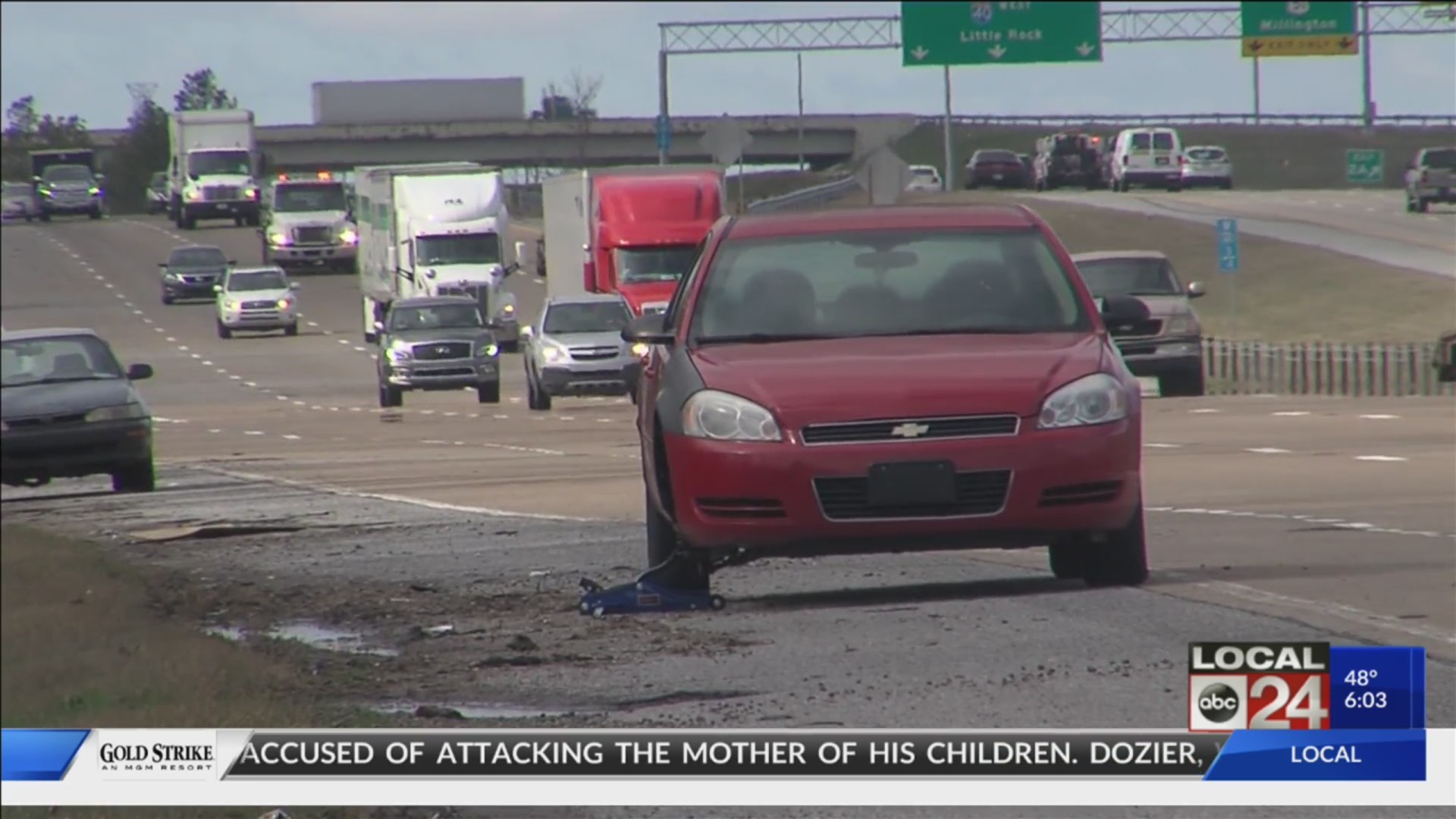 Interstate 40 at Chelsea was a tire killer.
Five drivers punctured tires around 6:30 a.m. Tuesday when they hit deep potholes.

Workers have patched and filled potholes in this area of Interstate 40 for months.
That didn’t impress Dr. Nelson.
She WAS impressed with how big this pothole was.

“I was amazed at the size of the hole in the middle of the road,” she said. “No warnings…. no barriers.”

While the Tennessee Department of Transportation sent crews out as quickly as they could, TDOT Supervisor Christian Canady wasn’t surprised about what happened.
“Even a small pothole can cause a lot of damage”, he said.

Mark this day down as the day motorists gave the Department of Transportation the stink eye.
The City of Memphis gets its share of angry looks as well.
Especially when it comes to road conditions.

This is the perfect pothole weather, according to Memphis Public Works Director Robert Knecht.

“We haven’t had a lot of inclement weather,” Knecht said. “… freezing rain or snow, that can lead to it getting worse. The weather has made it a challenge because obviously you can’t fill in potholes when it’s raining.”

You also can’t predict where potholes will pop up.
All you can do is fix them.

“We have ten crews out today (Thursday), ” Knecht said, “… doing nothing but filling potholes.”