A Memphis man faces several charges after crashing an ATV with his fiancée’s 13-year-old son on board while police say he was trying to get away fr... 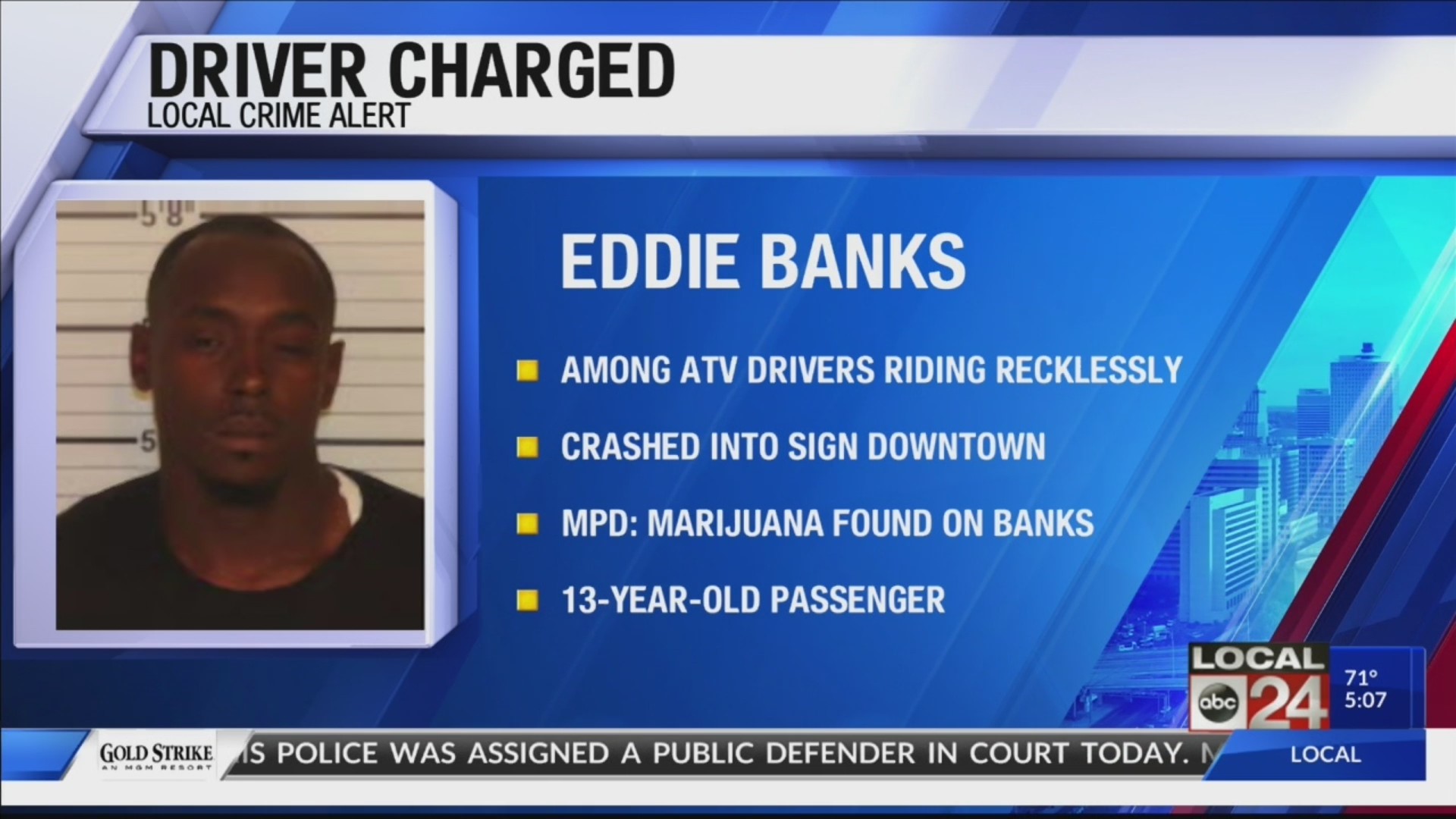 MEMPHIS, Tenn. (localmemphis.com) – A Memphis man faces several charges after crashing an ATV with his fiancée’s 13-year-old son on board while police say he was trying to get away from officers.

Police say it all began about 7:30 p.m. Sunday when they got a call about several ATVs and dirt bikes driving recklessly and obstructing traffic in downtown Memphis. Officers near Union Avenue and S. Lauderdale spotted at Polaris Razor ATV speeding down Union and tried to conduct a traffic stop. Officers say while attempting to make a turn, the ATV crashed into a Domino’s sign in the store’s parking lot at Union and Marshall Avenue.

Investigators say Banks was driving the ATV, and his fiancée’s 13-year-old son was also on the vehicle. They say neither were wearing helmets, and both were treated for minor injuries.

During a pat down on Banks, officers say they found marijuana, which led to the drug charge.

Police say ATVs and off-road vehicles are prohibited on city streets. They say the ATV was not registered and there was no insurance for it.