He has now filed a lawsuit against the city and police. 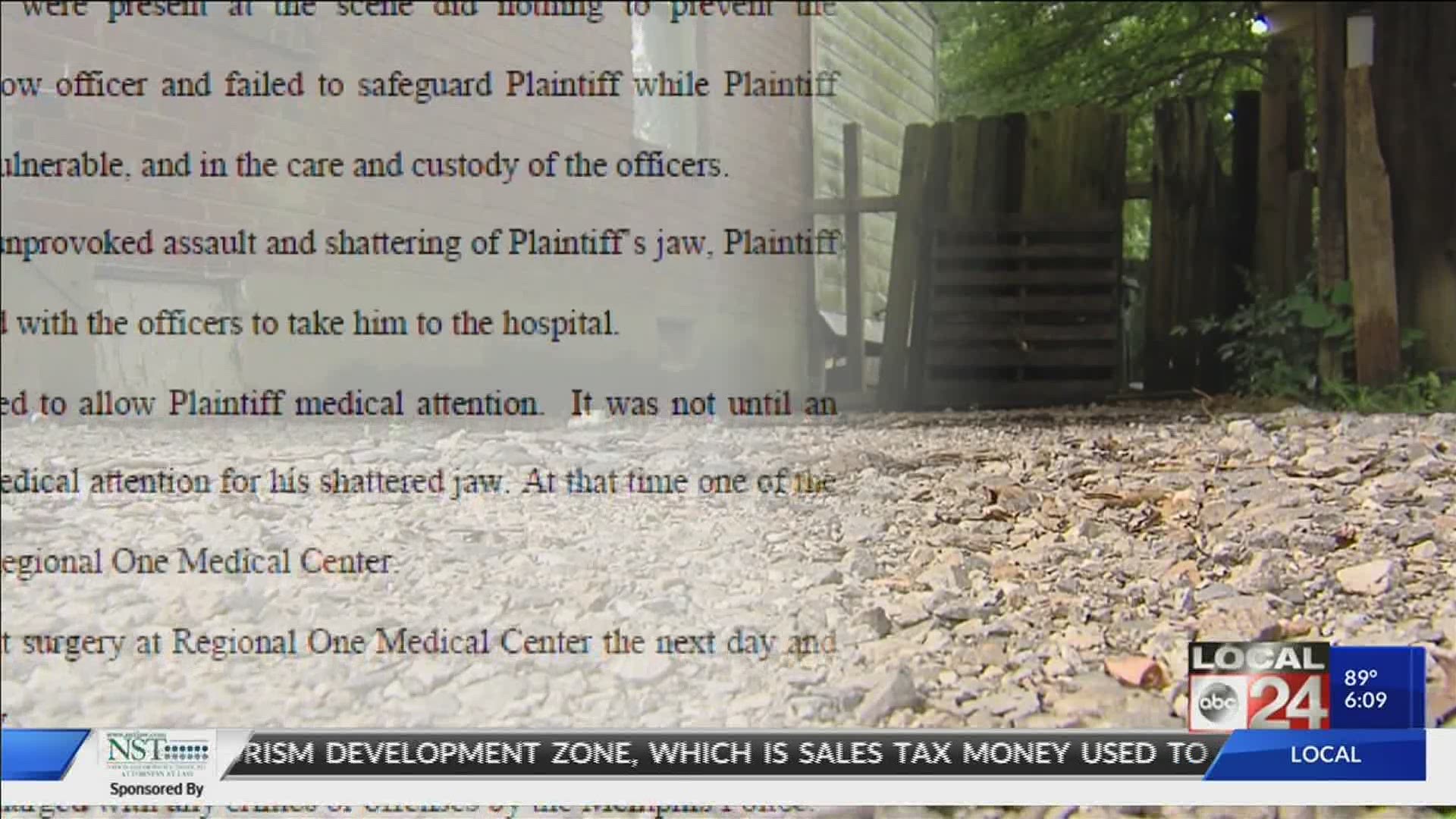 MEMPHIS, Tenn. — An East Memphis man says his jaw was shattered when a police officer pushed his knee into the man's head, crushing his jaw.

That man has now filed a lawsuit against the city of Memphis and Memphis Police.

Nathan Scruggs said he doesn't want what happened to him to happen to anyone else.

Scruggs is referring to the Memphis Police officer that he says crushed his jaw.

According to the lawsuit, in July 2019, police believed Scruggs was on a stolen motorcycle and began pursuing him without turning on their blue lights or commanding him to stop.

Scruggs said he first saw a police officer at the University of Memphis on Patterson, but didn't think anything of it. He kept driving home, which was a few blocks away.

"When I got to my house, all these police started showing up," said Scruggs. "They were going wild and screaming 'You're going to jail for evading. Stop. Get on the ground.'"

Scruggs explained what happened next.

"He said 'I'm going to pepper spray you if you don't get on the ground.' So I did exactly what that officer said and I went directly onto the ground."

While on the ground being handcuffed, Scruggs said another officer came running toward him.

"He went and took his knee and he put it into my face, which hit my jaw," said Scruggs. "My jaw had been split in half-  dislocated from this side and hanging off my face."

An ambulance took Scruggs to Regional One. Scruggs said officers then changed their story, telling the doctors and nurses he fell. Scruggs said police claimed they had gone to his house to check on him regarding a missing persons report.

"The cuffs were going on while he was on the ground. When he was knee kicked with that kind of force, it's very disturbing," said Murray Wells, Scruggs lawyer.

Wells says despite what happened, he has found not a police report or memo or any documentation of Scruggs' interaction with MPD.

"Its shocking to the conscious, and the medical records support my client's version of the story. And I think it's even further supported by the fact there was no arrest. To us it indicates they knew there was a problem," said Wells.

As for Scruggs, he may have recovered from his physical injuries, but is still suffering emotionally.

"When you lie after the incident that takes away my faith for ever being able to call the police again for ever trusting any officer again or trusting that a good officer will stick up for me," said Scruggs.

A spokesperson for the city of Memphis says at this point they have not seen the lawsuit so are not commenting.