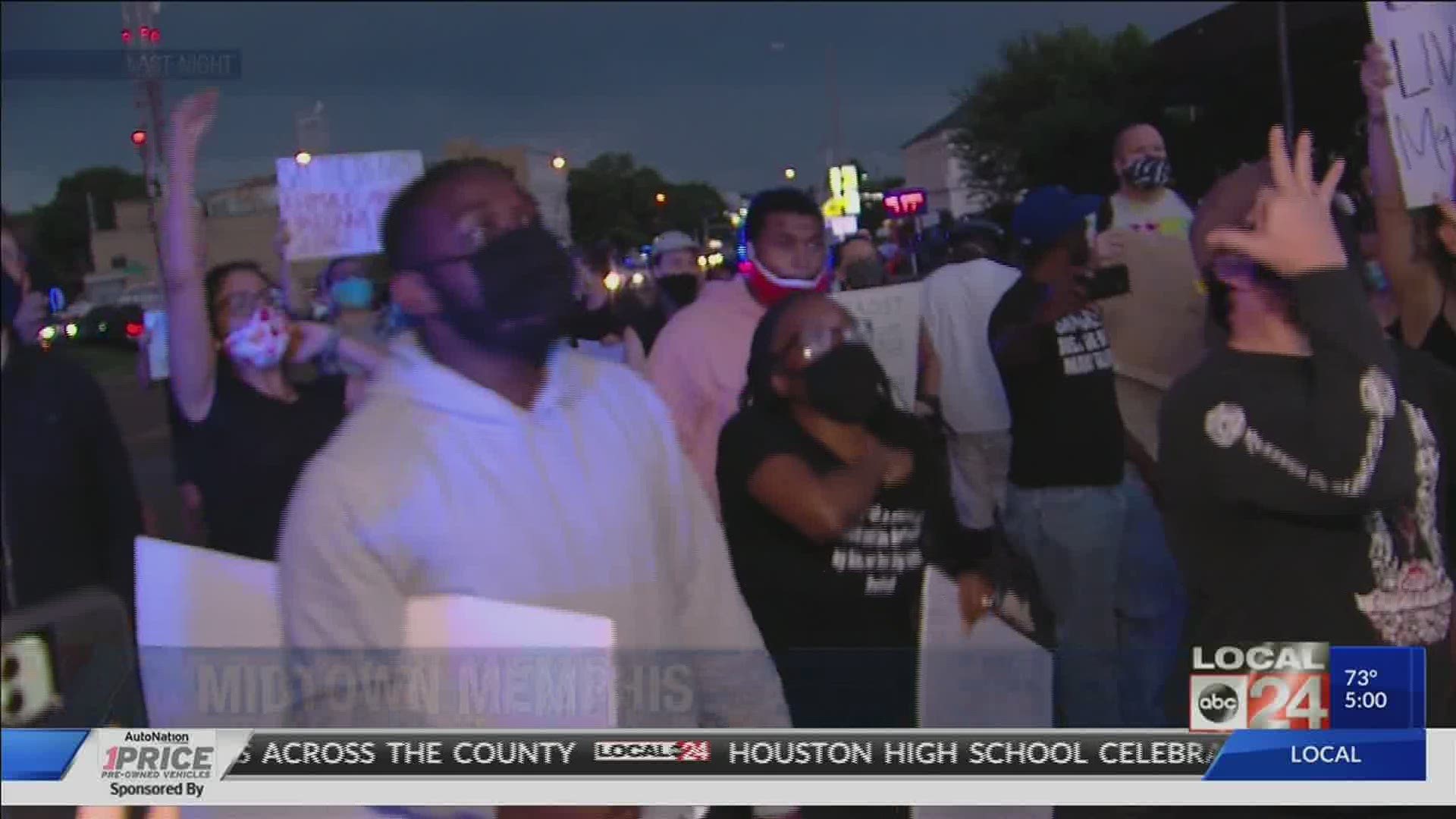 "I understand and share your frustration with what happened in Minneapolis and other parts of the country.  Police Director, Mike Rallings shares your frustration, and so do all the true police officers—men and women who put on the uniform every day to protect and serve.

All cities and police departments have a responsibility to protect citizens from harm and to fight crime.

But all of us---city governments, police departments, and the public---should expect police to protect and serve in a way that is responsible.

It’s right and understandable for people to express their frustration through peaceful protest; however, I wish last night’s protesters would have all had on masks, been six feet apart, and gone through the proper channels to ensure everyone’s safety. By not doing so, protesters and our officers were unnecessarily put at risk.

I’m proud of the Memphis Police Department and the way our officers conducted themselves last night."

"My thoughts and prayers go out to the family of Mr. George Floyd. There is no explanation for what we witnessed in Minneapolis. The level of force and the disregard of life that was shown sickens me. I understand the frustration that many are feeling, and I, too, believe that this incident should be thoroughly investigated and prosecuted by authorities. As a law enforcement officer, we must protect our citizens from harm and crime. If the line is crossed and if an officer becomes a criminal by violating the laws that he or she swore to uphold, that officer must be held accountable," said Director Rallings. 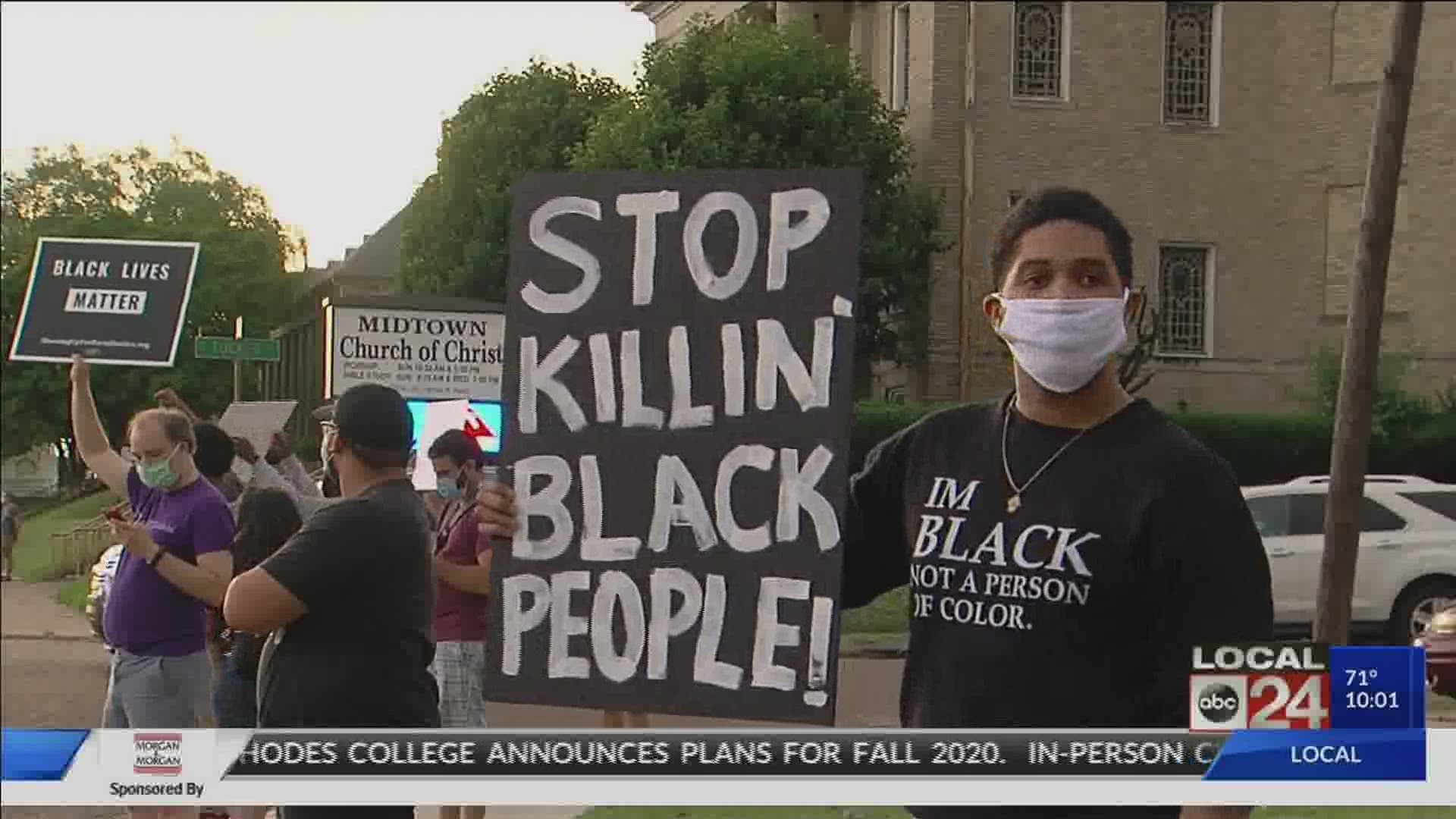 5/27/2020 - A march in Midtown Memphis to support George Floyd, an African American man who died while being forcibly detained by police in Minneapolis Monday, became tense and heated as protesters and counter-protesters exchanged words Wednesday night.

There were no immediate reports of injuries, but video showed at least one protester being arrested.

Local 24 News will continue to update this developing story. 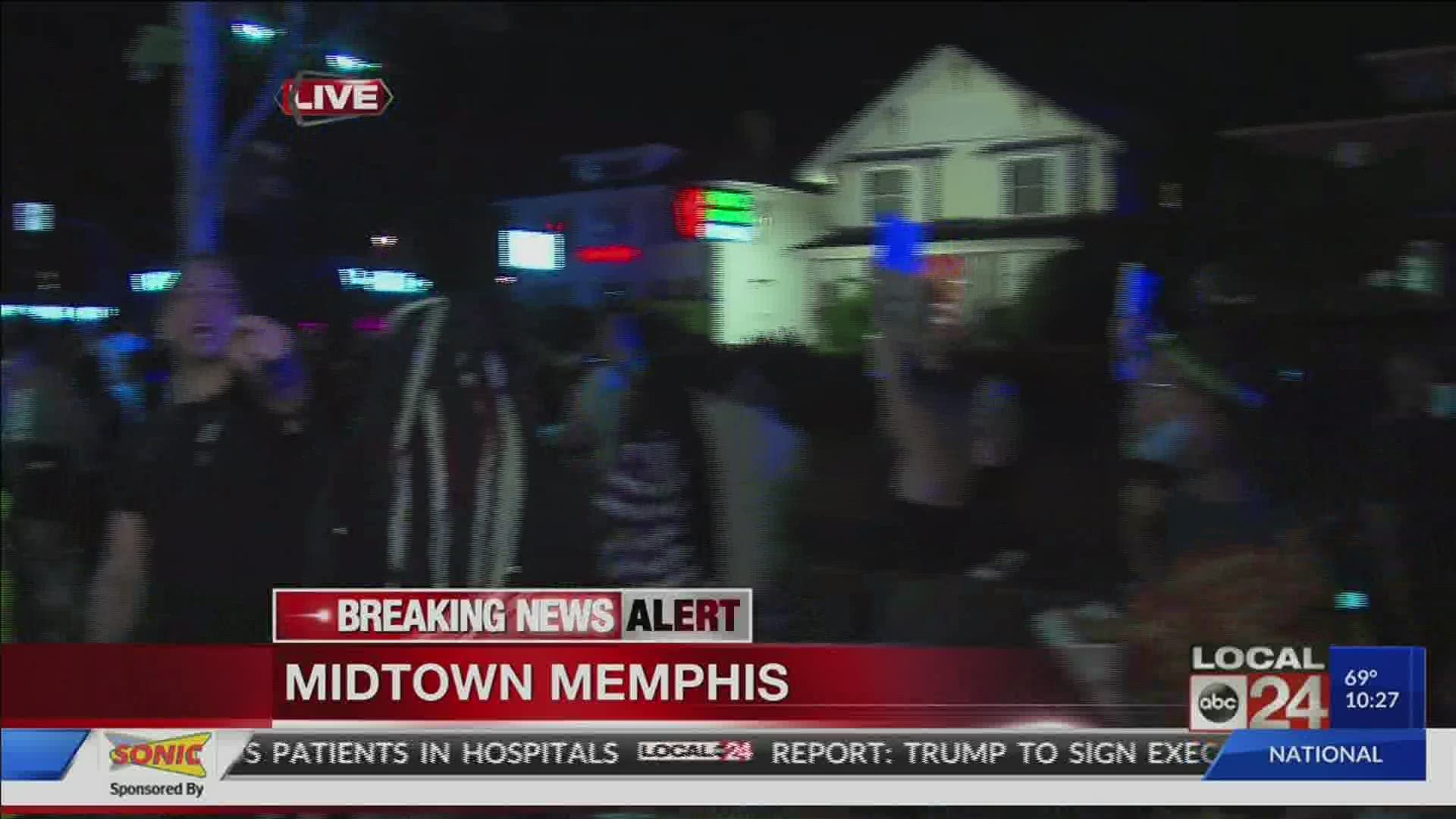 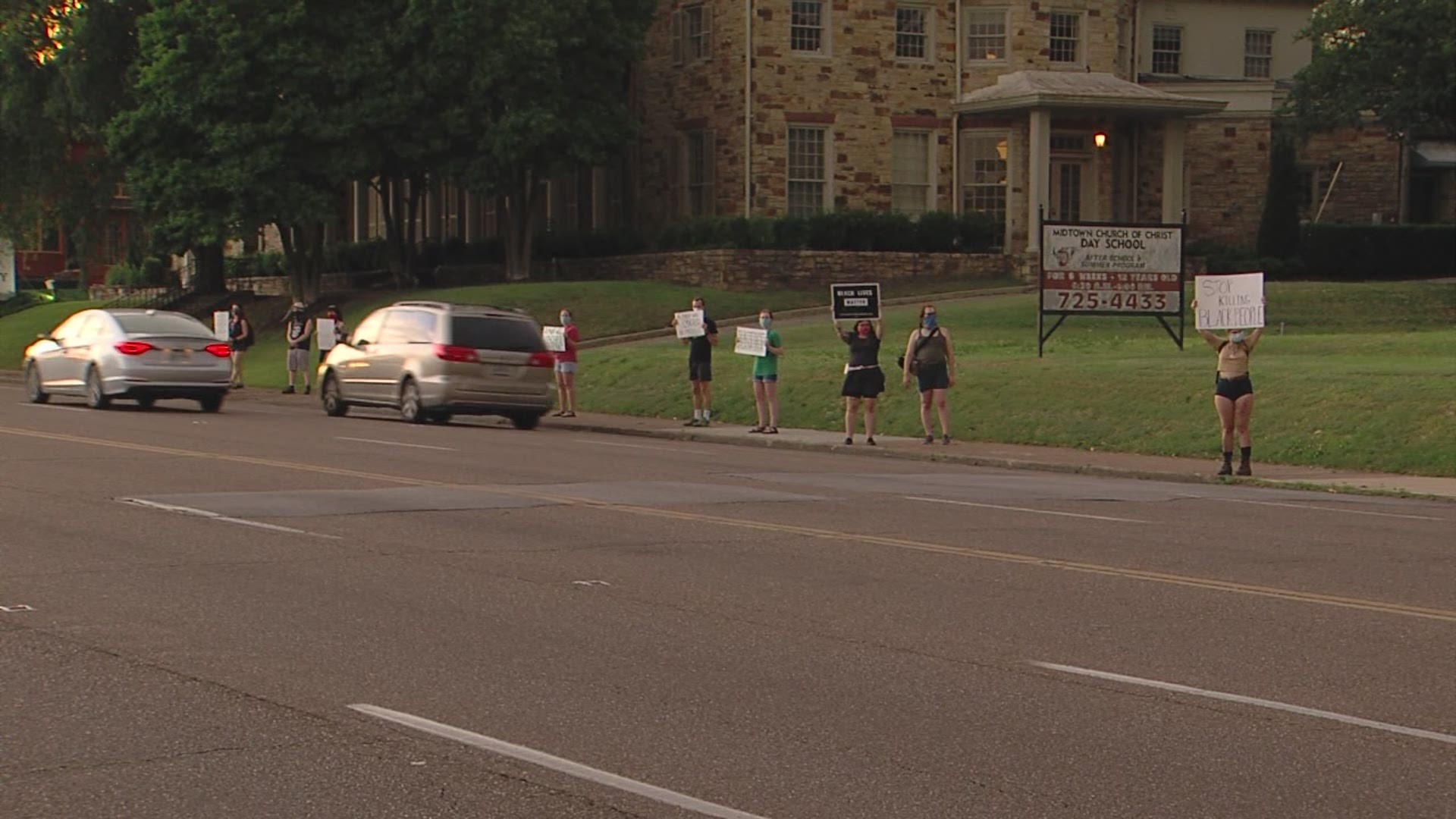 WARNING: The video below contains language some will find offensive.

From the Associated Press:

Four Minneapolis police officers who were involved in the arrest of a black man who died in police custody were fired Tuesday.

The firings come a day after a bystander’s video showed the man pleading that he could not breathe as a white officer knelt on his neck and kept his knee there for several minutes after the man stopped moving.

Minneapolis Mayor Jacob Frey announced the terminations on Twitter, and said the firings were the “right call.” Monday's death of George Floyd was under investigation by the FBI and state law enforcement authorities. It drew comparisons to the case of Eric Garner, an unarmed black man who died in 2014 in New York after being placed in a police chokehold.