Memphis Mayor Jim Strickland admits that the solid waste collectiion plan by the city has been substandard. He and Solid Waste Director Al Lamar say they have a... 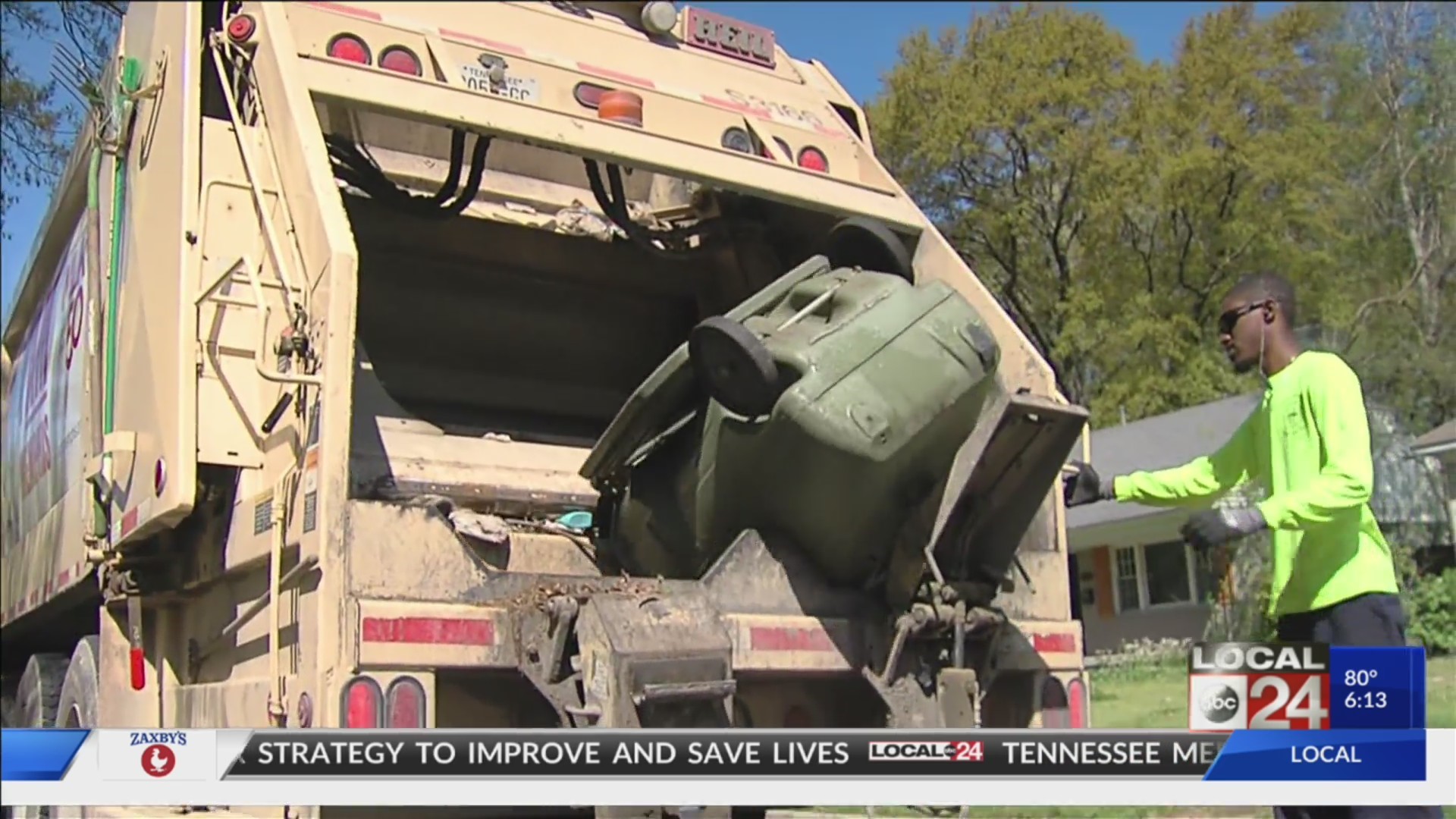 MEMPHIS, Tenn. (localmemphis.com) – If you live in Memphis, more than likely you have had at least one complaint about trash pickup.
Maybe it’s the green can.
Maybe it’s the stuff that sits on the side of the road.
At City Hall, they are going to try and make things different.

Jim Strickland ran for Mayor four years ago, saying he and his administration would be “brilliant at the basics.”
He talks about great changes in the city’s 911 center, changes in how the city paves roads, and fills potholes, more than ever.
But Strickland admits, trash collection is one basic that has defied brilliance.
He admits, “The current system is not getting the job done.”

We saw it ourselves.
Sanitation trucks were picking up trash in the High Point Terrace neighborhood.
They picked up the trash on the right side of the road, and left a huge pile of junk sitting on the left.
This is the kind of thing that makes somebody wonder why they pay the highest property tax in the state.

So, a new plan will start on May first.
“Pickup for curbside trash will be twice a month on your regular pickup day,” Mayor Strickland announced at a City Hall news conference. “We will pick up the curbside trash that sits outside the curb.”

At its core, government’s job is to offer top quality, reliable service. That’s why we’re unveiling our new “know when to throw campaign” starting in May. We’re constantly trying to offer the highest service and this is just one more way to do that. pic.twitter.com/9WgieYeJeq— Mayor Jim Strickland (@MayorMemphis) April 10, 2019

The city spent $15-million out of its reserve fund, its emergency fund, to pay for this program.
What they are hoping for is, if you like it, if city council members like it, they will provide the money for the plan to continue.

City Solid Waste Division Director Al Lamar says his agency has purchased new trucks, new drivers, and he says, they have a new attitude.
“I took this entire system service deliver model and I pulled it apart,” he says, “… to see where we could improve.”

Don’t call the city’s 311 line anymore.
Not on trash pickup, anyway.
Instead, the city wants to establish predictability when it comes to trash collection.