They gathered in support of those walking the picket line Wednesday. 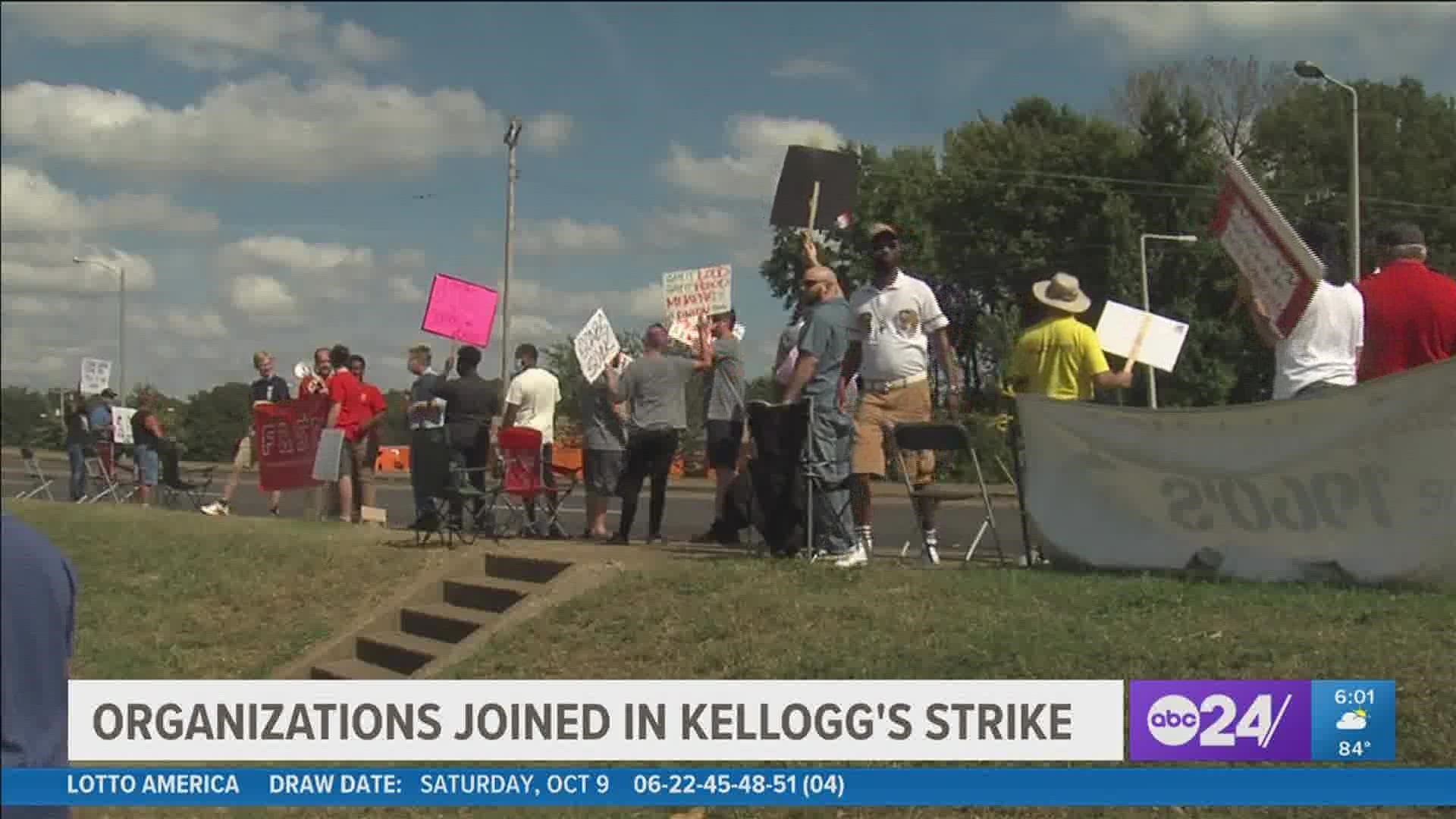 MEMPHIS, Tenn. — Memphis Kellogg workers are in their second week on strike.

Several Memphis organizations want Kellogg's to know, they're standing with workers striking against the cereal maker. They gathered in support of those walking the picket line Wednesday.

Workers are on strike, fighting for better wages, equal pay and benefits, and more opportunities within the company.

For its part, Kellogg's said it's not wanting to cut worker pay or benefits, just lower how much of an increase they had coming. The company also said the average striking worker makes $120,000 a year.