Officer Triplett died Saturday on duty after being hit by a car assisting a motorcade in Hickory Hill. The funeral has been set for Friday. 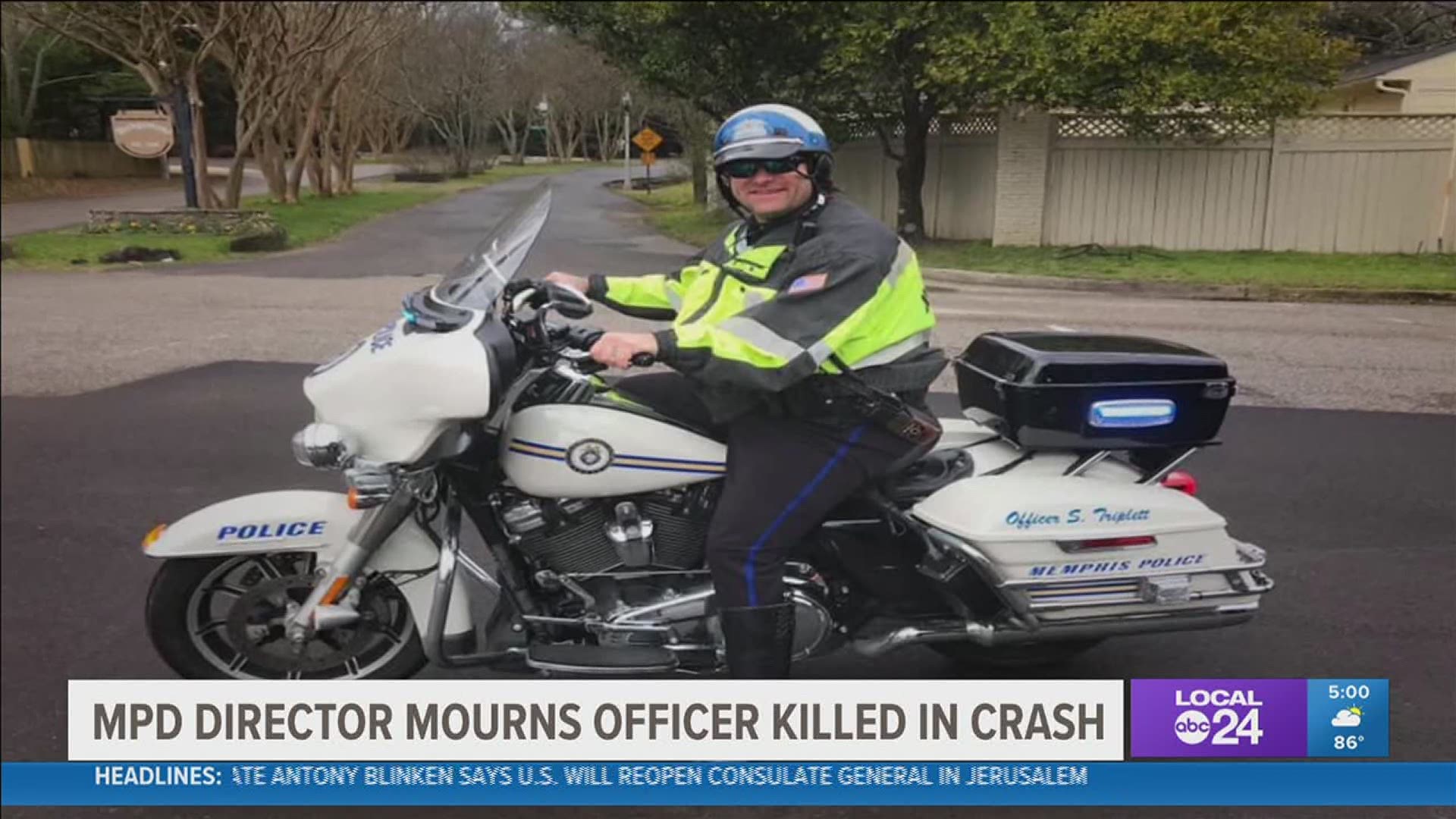 MEMPHIS, Tennessee — "Words just really can't describe how we feel. We are trying to get through each day," Memphis Police Department Interim Director Mike Ryall said.

Ryall is overseeing a department in mourning this week after Saturday's death of Officer Scotty Triplett.

"It's just been devastating on us," Ryall added. "You've got an almost 28-year veteran that just been a great asset for this department and this city."

The 47-year-old passed away in the hospital, hours after being hit on his motorcycle, with its lights on, by a car in Hickory Hill during a department approved motorcade.

"He was a loyal, loyal man," Ryall said.

The interim MPD director said the husband and father of two will be remembered for his dedication to this family and the department he served tirelessly.

"A very strong worker, very dedicated, professional. Our motors unit, all of them are very well trained. They take the job seriously because it's a serious job," Ryall said. 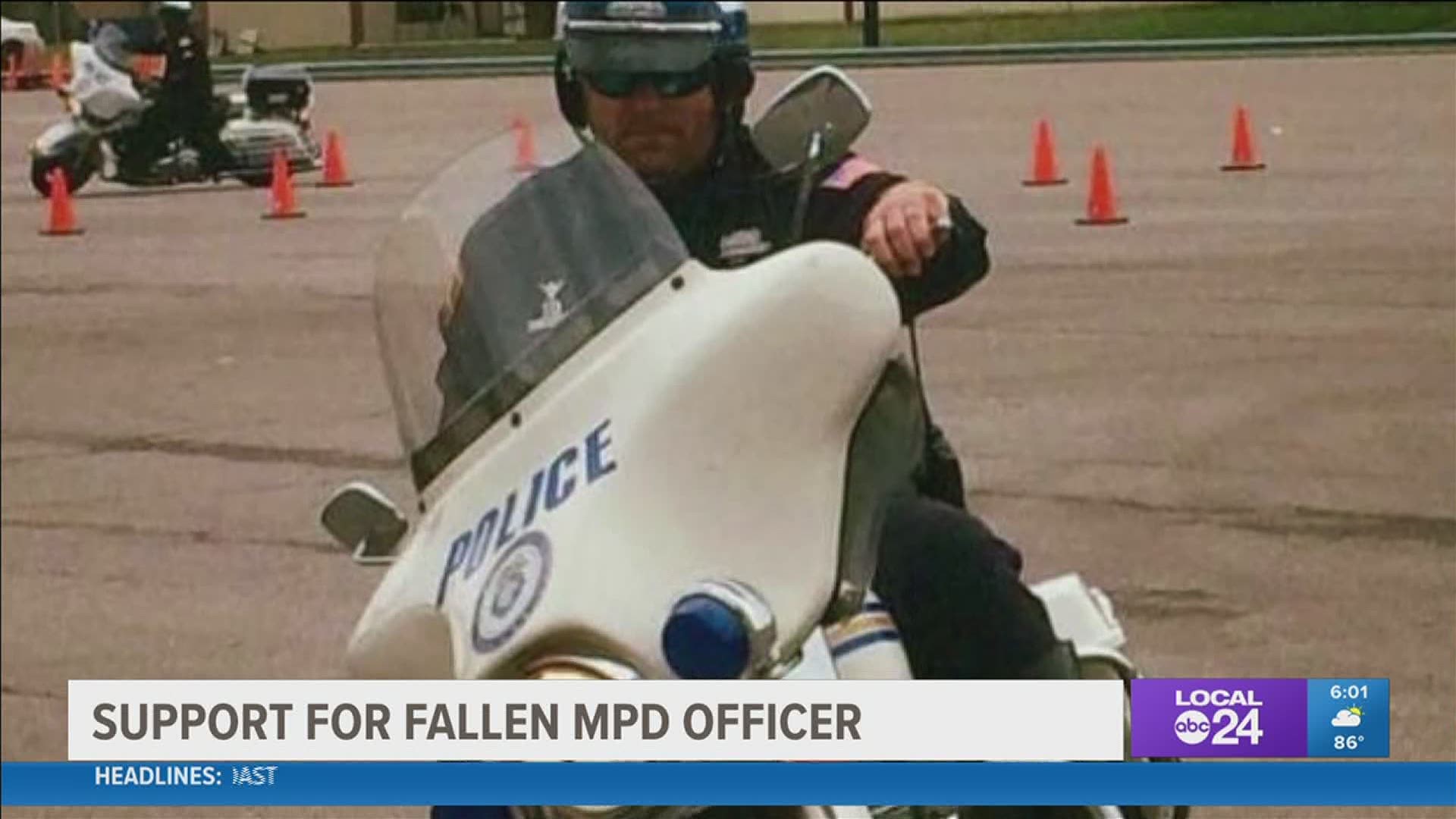 To honor Officer Triplett's life, those with MPD are paying tribute to that service with a mourning band over their badge.

"This band represents that people have stepped up. They've dedicated themselves like Scotty Triplett and they paid the ultimate sacrifice," Ryall said.

Tuesday afternoon, Officer Keith Rogers - who worked alongside Officer Triplett for more than a decade - remembered his friend and partner as he competed in the annual Mid-South Motor Cops Rodeo.

Proceeds for the event typically go to children's charities but this year they'll go to the fallen officer's family.

"Everybody is hurting right now, there is a void, Scotty is gone, Scotty was the comedian of the shift," Officers Rogers said. "We rode together every day, we were on the same shift. You are such a tight knit group, we all depend on each other, our lives depend on each other."

Memphis Police said they'll be a visitation for Officer Triplett Thursday between 3:00 p.m. and 6:30 p.m. at Hope Church on 8500 Walnut Grove Road in Cordova. That will be followed by a Sea of Blue ride across Memphis to honor Officer Triplett.

His funeral is scheduled for 11:00 a.m. Friday at Hope Church on Walnut Grove Road.

With sadness, we announce the passing and official funeral arrangements for Officer Christopher Scott “Scotty” Triplett,...