'You better get it now' | Memphis small businesses buy earlier for holidays, urge you to start shopping now

A Global supply chain crisis is forcing local businesses, including toy stores, to buy goods earlier as demand challenges intensify ahead of the holiday season. 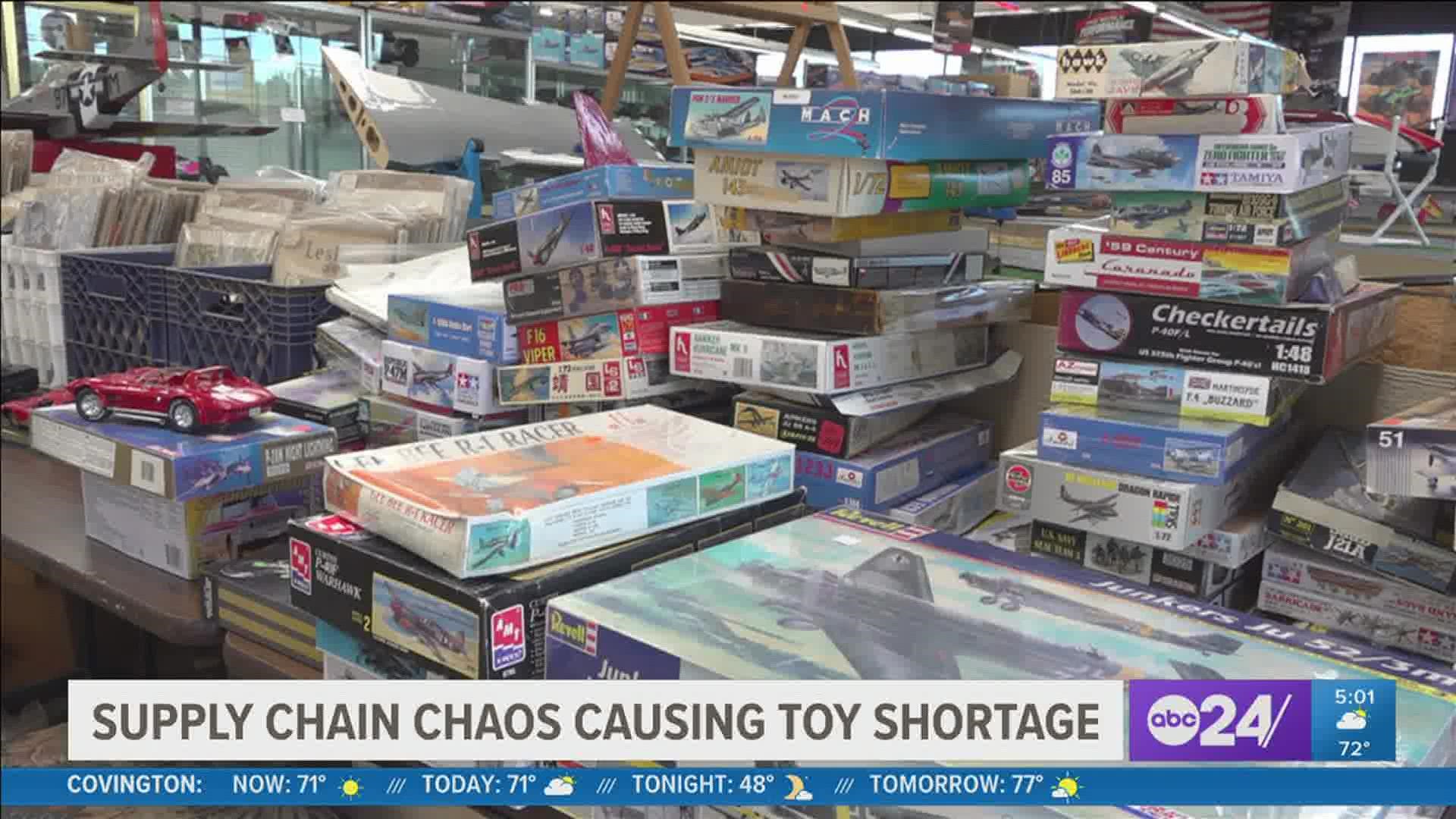 MEMPHIS, Tennessee — Shoppers listen up: you need to get a start on your holiday list, sooner than later. Even before Halloween.

As we've told you about the supply chain crisis, independent Memphis small businesses are finding new ways to combat growing international challenges, with surging demand for goods expected through the holidays.

Economists expect certain items will be harder to find, likely pushing back the traditional shopping season for some earlier than ever.

At Mid-South Hobbies & Games, owner Emmo Hein is taking extra precautions now to get ahead of a likely holiday shopping crunch later.

For him, empty shelves aren't an option - as his bottom line is at stake - since holiday sales typically bring in about 40% of all annual sales alone.

"I don't think you can compare it because it's never happened like this, not in 25 years," Hein said.

That's why the business owner for a quarter century did something unprecedented ahead of the upcoming holidays.

"You better be in front of this or you'll be in trouble," Hein added.

As he witnessed a growing global supply crunch late spring into summer - especially with toys and goods coming from Asia into the Port of Los Angeles - Hein bought up for the holidays earlier than ever before.

"If you know what you want, you better get it now," Hein said.

He focused especially on battery controlled cars, trucks, and airplanes - even the batteries and chargers themselves.

"We've probably got the biggest inventory we've ever had, maybe by double at this point preparing for the holiday season, because I think it's going to be close to impossible to reorder some of these things until early into 2022," Hein said.

Now, with his holiday toy inventory largely secure before Halloween, Hein offered this message to shoppers.

"Now is the time to think ahead. If you wait to think ahead until end of November, well that puts you buying in the middle of December and that's probably bad news this year," Hein said.

Hein expects the next four weeks - especially around mid-November - will be as busy as mid-December holiday shopping in pre-pandemic years.

Tonight at 5 & 6 @ABC24Memphis: This independently run Mid-South toy store spent the past months buying ahead before what’s expected to be a very challenging supply year for holiday toys. That includes electric airplanes, battery run cars and batteries themselves. pic.twitter.com/vE3tzxyzbY