The intent was for people to disconnect from social digital platforms and reflect on the death of George Floyd. 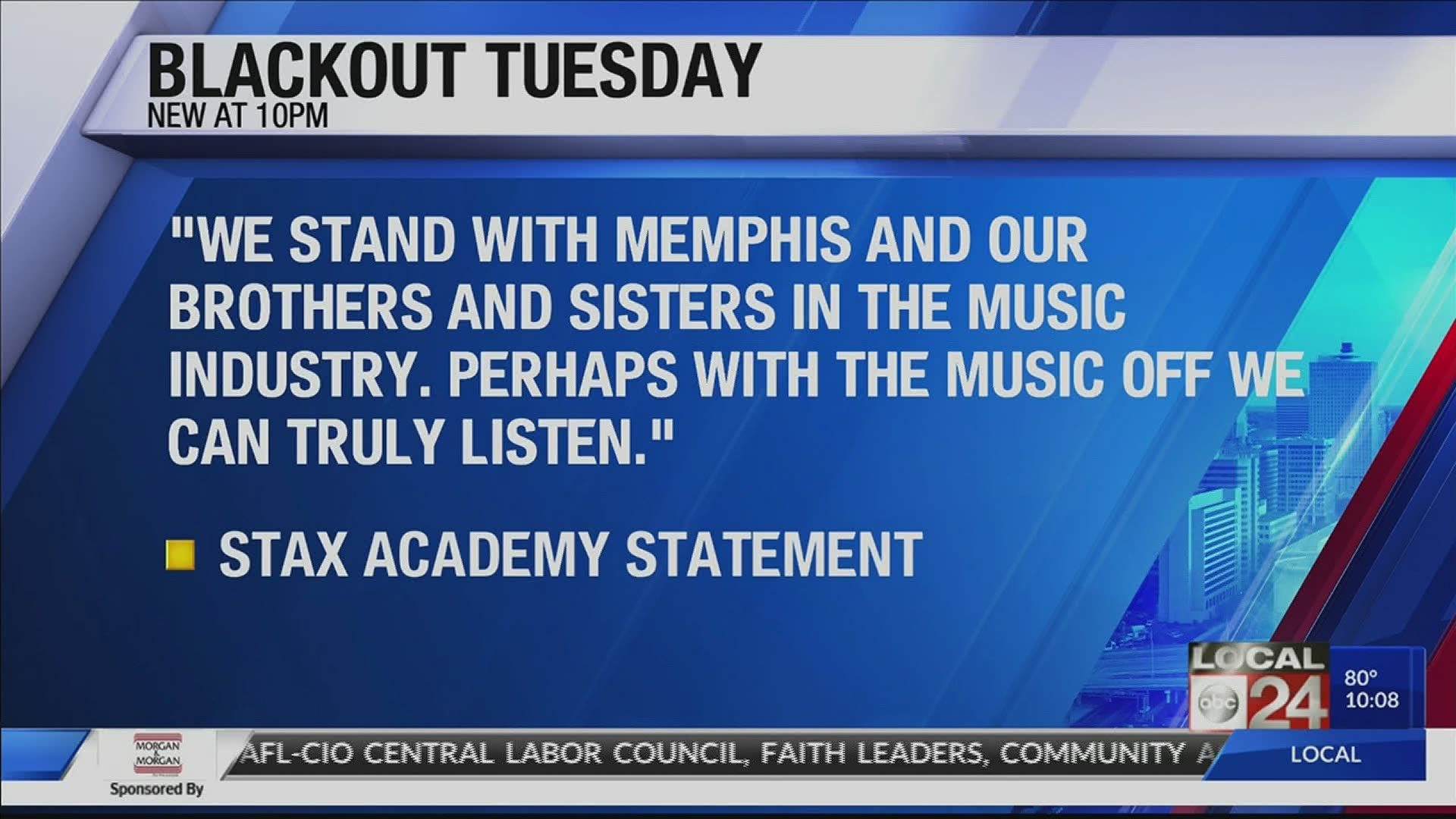 MEMPHIS, Tenn. — In the spirit of peaceful protest thousands around the world participated in Black Out Tuesday.

What began as the brainchild of 2 music industry executives quickly became a social media show of solidarity.

The intent was for people to disconnect from social digital platforms and reflect on the  death of George Floyd.

The 2 black women who created the hashtag "The Show Must Be Paused," said the purpose of Black Out Tuesday was never to mute information from the Black Lives Matter movement.

Their purpose of the demonstration was to disrupt.

Here in Memphis the Stax Music Academy participated in the digital protest as student's disconnected from digital platforms and online classes were suspended.

In a statement Stax Academy said in part:

"We stand with Memphis and our brothers and sisters in the music industry. Perhaps with the music off we can truly listen."