Mid-South attorneys come together for march against racism

Memphis bar associations held a march Wednesday to recognize racism in the legal system and community. 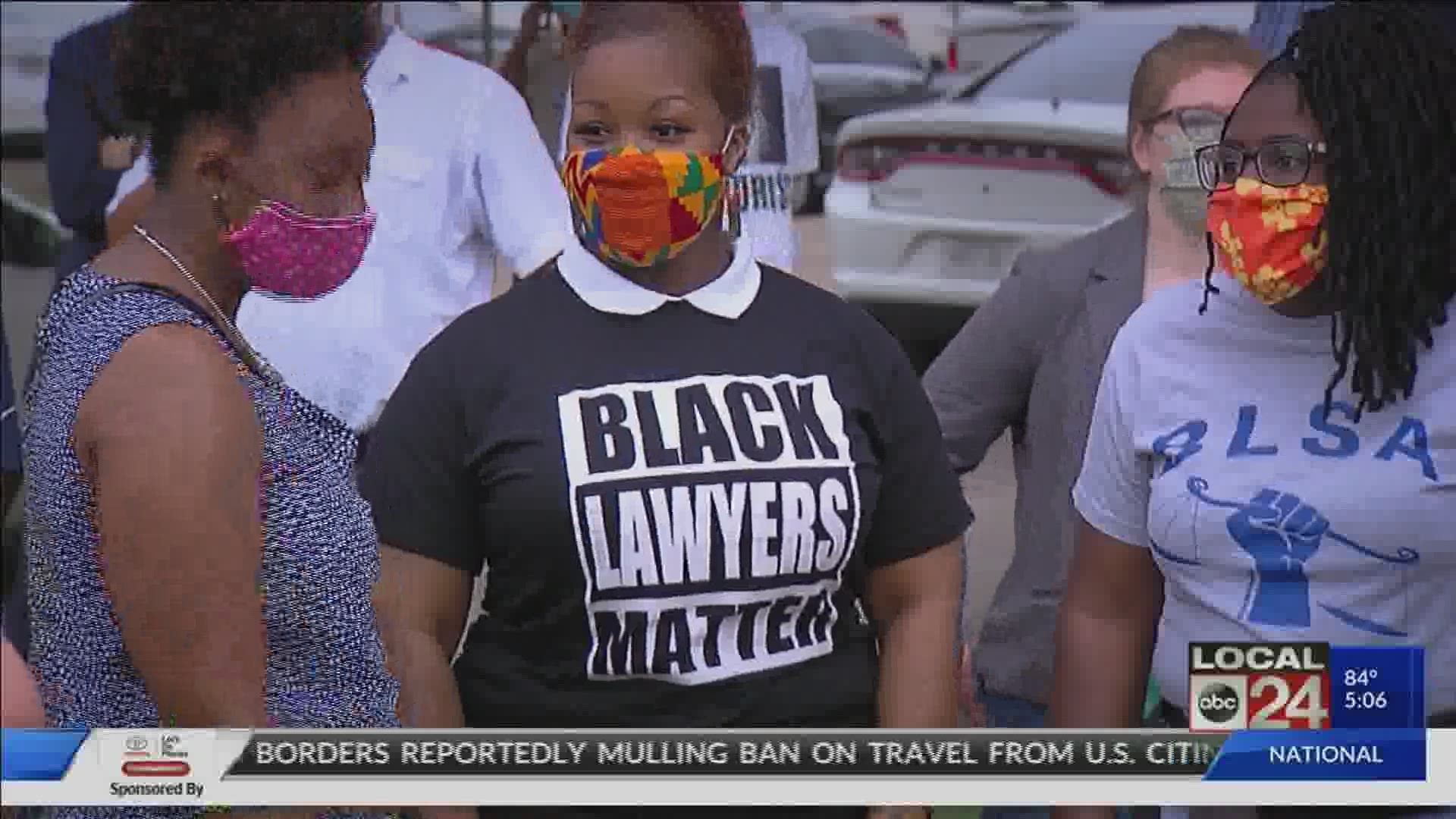 MEMPHIS, Tenn. — Outside of 201 Poplar, a large group of local lawyers gathered for the Bar Unity March to recognize the injustices in the justice system.

The march began at 201 Poplar at 8:46 a.m. Wednesday, a time that symbolizes the amount of time the officer held his knee to George Floyd's neck.

The event began with speakers, followed by an 8 minute 46 second moment of silence, before the group marched down Washington Street around the courthouse and down past juvenile court.

“We wanted to do a unity march to try and focus on ways that we can improve the legal profession. It’s clear that systemic racism and discrimination hits people in variety of facets of life,” Quinton Thompson said.

Thompson is the Vice-President of the Ben F Jones Chapter, a black attorney association, which organized the event with the Memphis Bar Association and the Association for Women Attorneys.

The purpose was to recognize that racism must be addressed in the legal community and legal system.

“We have a duty to stand against racism. This issue impacts our justice system and affects us all. It stunts the growth of the entire community,” Terica Smith, Tennessee Bar Association Young Lawyers Division President, told the crowd.

As highlighted by local lawyers, racism lies on both sides of the law. The ACLU reports black people are incarcerated at five times the rate of white people. The American Bar Association says only 5% of lawyers are Black. 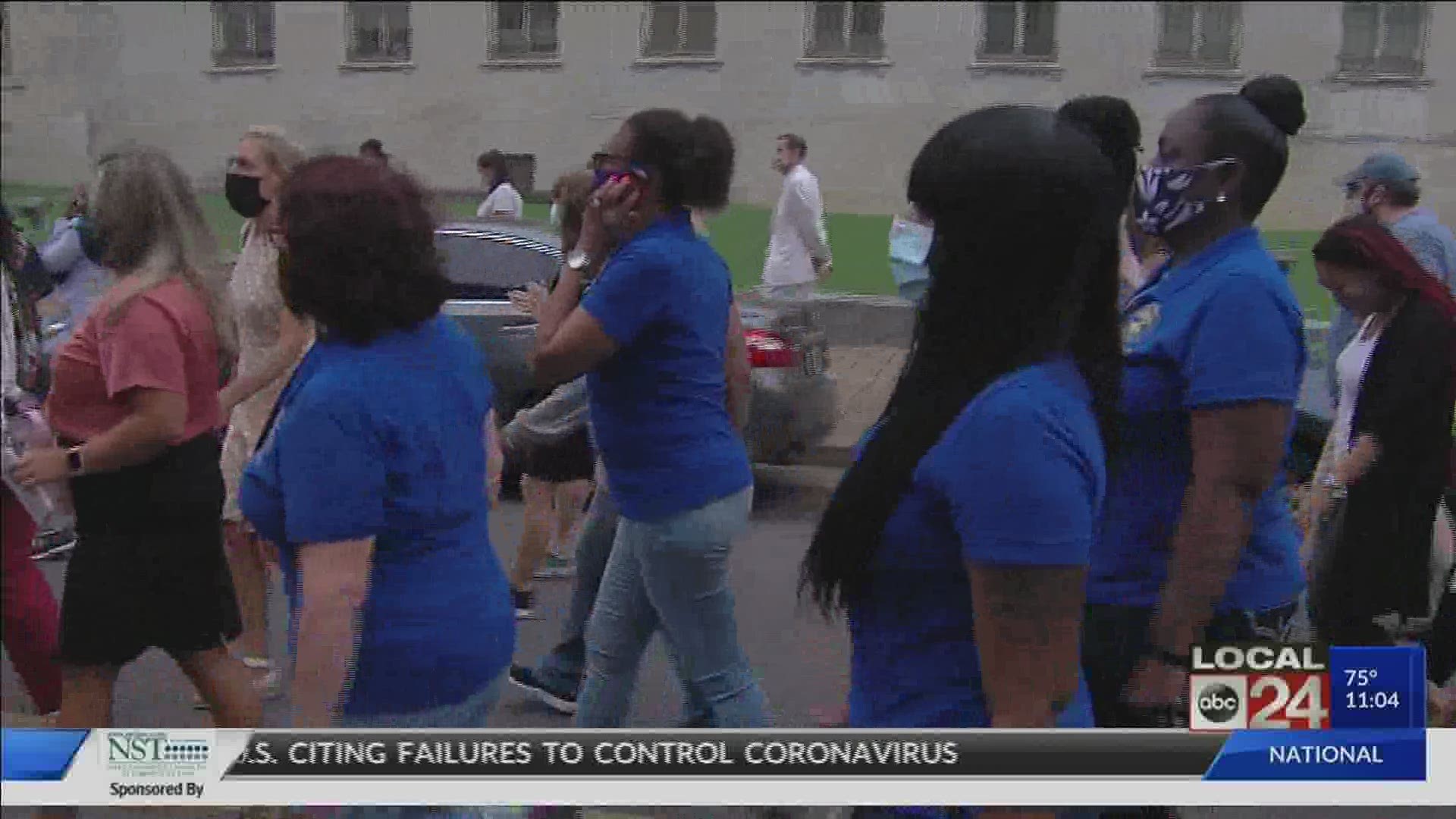 Thompson said the legal community has been “too white for too long.”

RELATED: Protesters are protected by the First Amendment and will not be cited any violations if they remain peaceful

Together, lawyers urged for accountability in the profession and to root out discriminatory policies.

“And fight for those who don’t always have a voice and who are systematically oppressed,” Smith said.