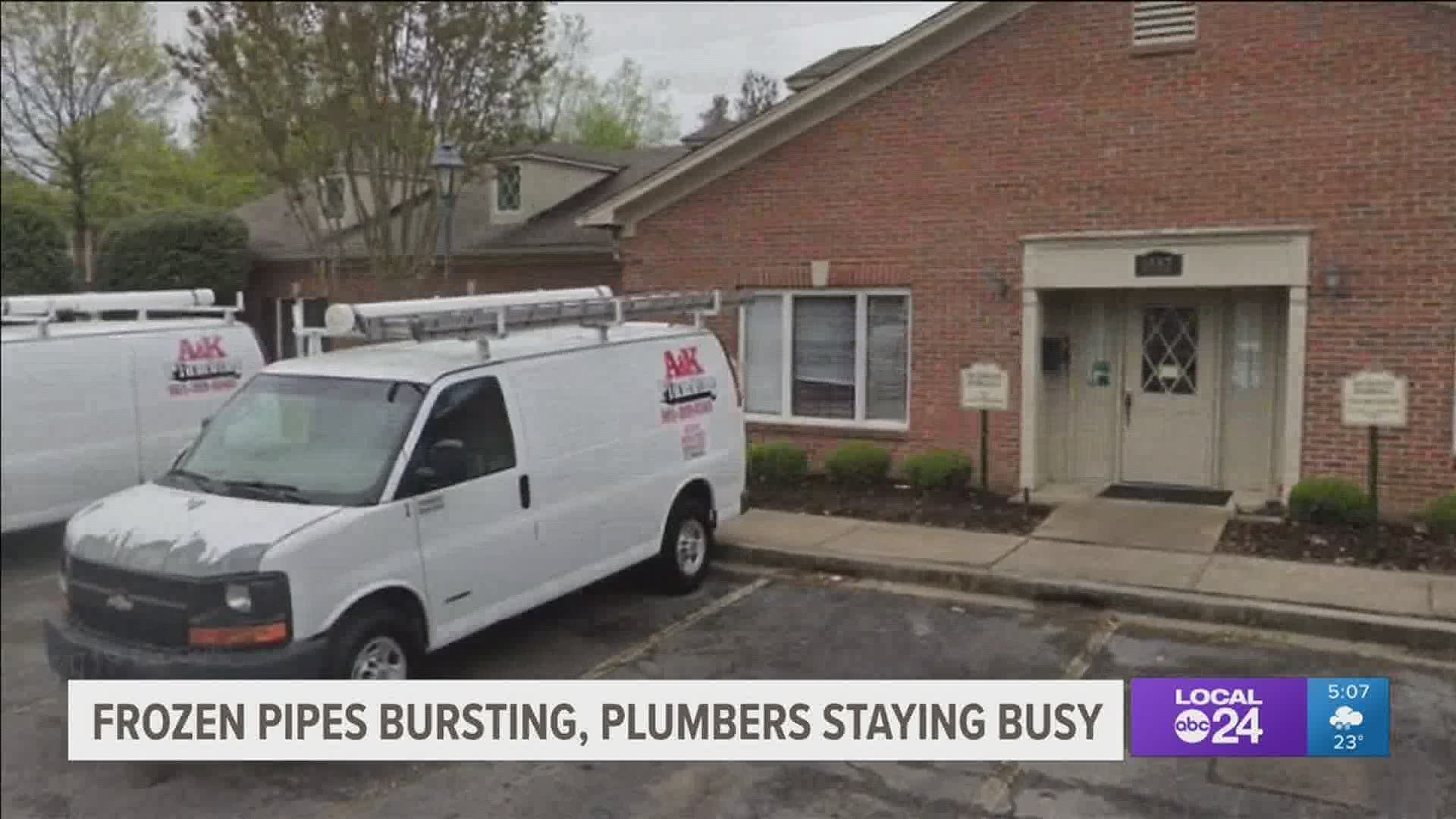 MEMPHIS, Tennessee — "It sounded like a monsoon outside our office window. I mean it looked like monsoon," Kristin Young said.

That was Young's reaction Wednesday, following dramatic moments Tuesday night when frozen pipes in her east Memphis attic busted and left behind a major mess.

"The ceiling is going to have be completely replaced," Young said.

"It's been crazy, the phone has not stopped," A&K Plumbing Company Owner Alan Wilson said.

Wilson said that business had a list of more than 100 people calling about repairs in recent days.

"It's hard in this kind of weather to see people suffering so bad without water. And you have elderly people having problems, it's hard to deal with," Wilson said.

"The weight distribution on those vans, if you turn a corner a little too fast, the back end wants to slide around. So they have to be really careful. It's really tough," Wilson said. 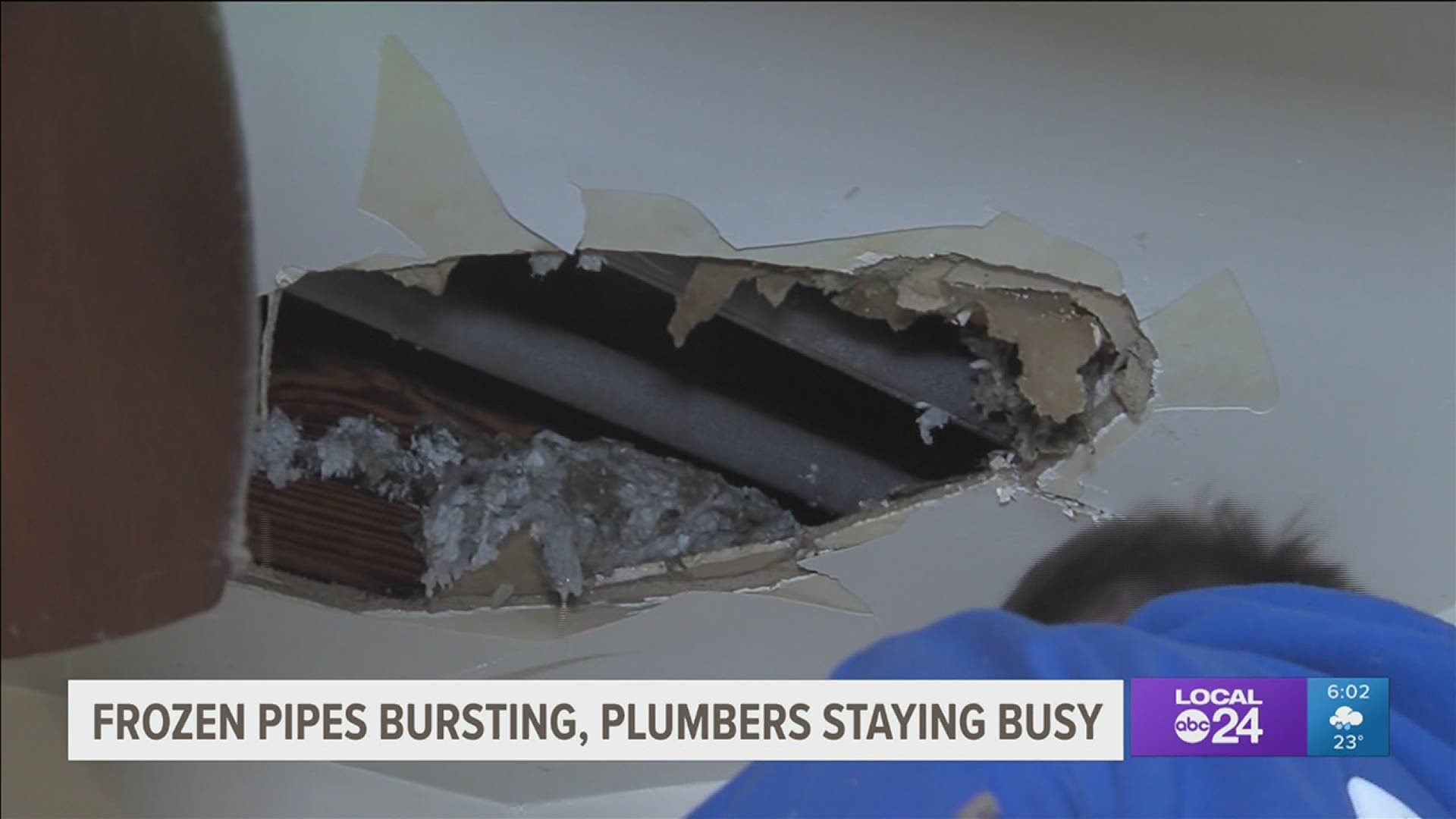 The plumbing company owner reminded the public to warm potentially frozen or challenged pipes with things like a space heater, and also familiarize where to cut off water inside your home or on your street.

"Once it gets starts getting warmer, the pipes will start popping, or thawing, and then when you start realizing the leaks. That's when you need to be ready," Wilson said.

According to the National Weather Service, Memphis has been below freezing for six straight days as of Wednesday, the fourth largest streak since weather records began in 1875.

The NWS expects based on the forecasts, the area should be able to tie the record of nine consecutive days.

Preventing & Thawing Frozen Pipes
The Red Cross provides information and suggestions about how to prevent water pipes in the home from freezing, and how to thaw them if they do freeze.