Mid-South restaurants struggle to hire as business picks up

Another new health directive will start Saturday, making it easier for restaurants to operate, but the challenge for many is now focused on hiring. 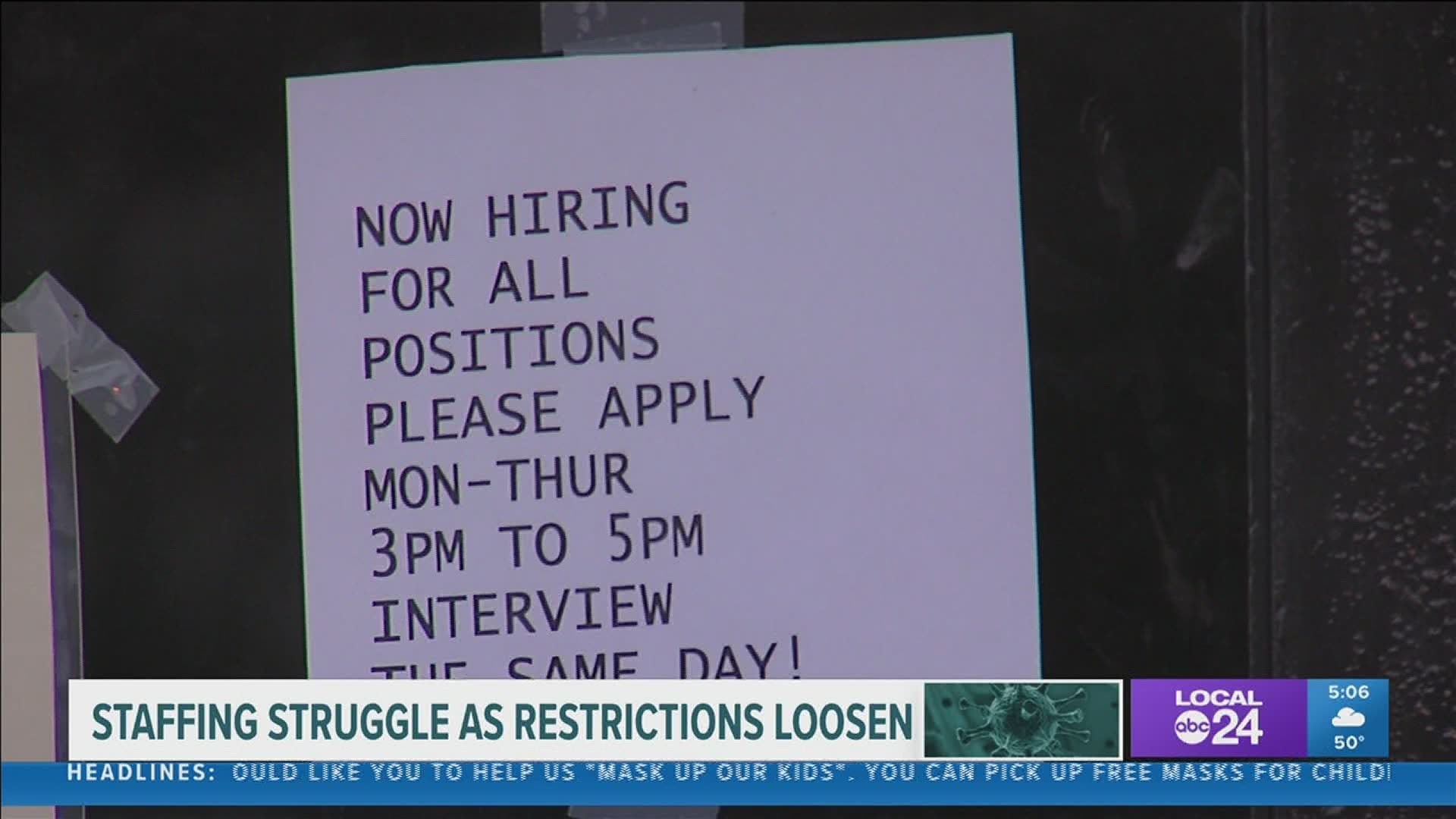 MEMPHIS, Tenn. — A new health directive for restaurants kicks in on Saturday, loosening some restrictions. But as restaurants anticipate a gradual return to normal, they're finding another challenge - finding employees.

"Now hiring" signs are plastered on businesses throughout the Mid-South, a sign of a struggle to bring staff back into restaurants.

"Horrendous," he said. "These days its particularly difficult. If you look across social media, you’ll see virtually everyone out there’s got a, 'Hey, we’re hiring and we’re looking for qualified people.' It’s definitely a daily struggle to find quality people.”

If you need a job pretty much every single restaurant and bar in town is hiring.

A series of loosened restrictions, more vaccinations, and fewer cases has led to a pop in business for restaurants after being slowed down to nearly a stop for much of the last year.

"There are a lot of folks who are still drawing unemployment benefits that were equal too and sometimes, in more cases, more than what they were making before. So the motivation to get out and work is certainly questionable for those people that are doing that," Miller said.

During the pandemic, many restaurants added patio seating. Miller was one of them. He said the addition of the patio, plus the anticipation of being fully open, has meant more restaurants will need even more employees than the started with.

Preparing for that, Miller said has been a challenge. Even to just bring in four to six more people, like he intends to.

"You take four to six people and that’s all across the restaurants out there and some of them are in different shape than we are," he said. "You look at a lot of restaurants who have been more severely impacted with this or have not returned their staff to work, so they’re looking for all of those people.” 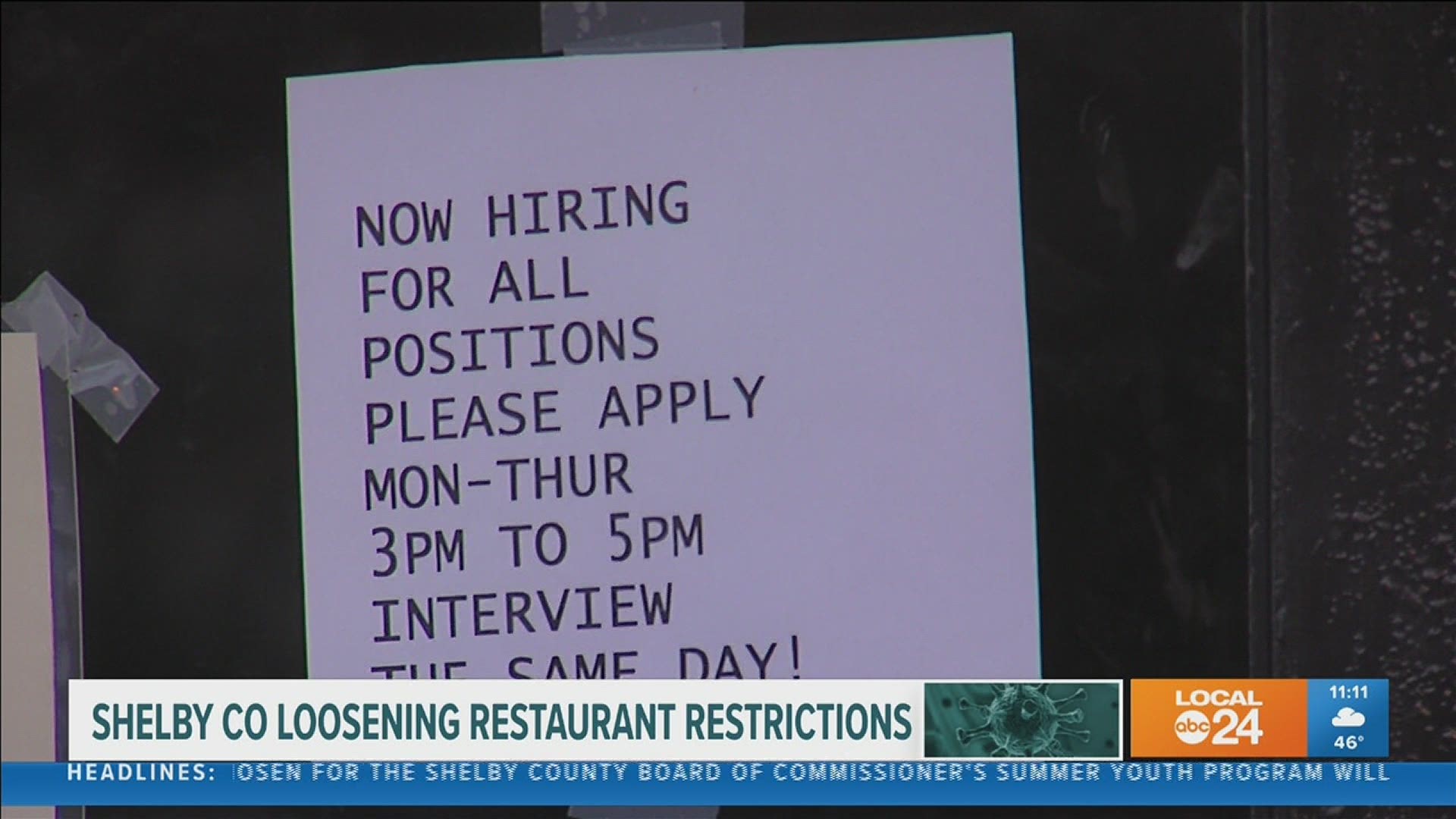