A man hit and killed on the busy stretch of Union Avenue outside Kroger in Midtown Memphis has some calling for change. 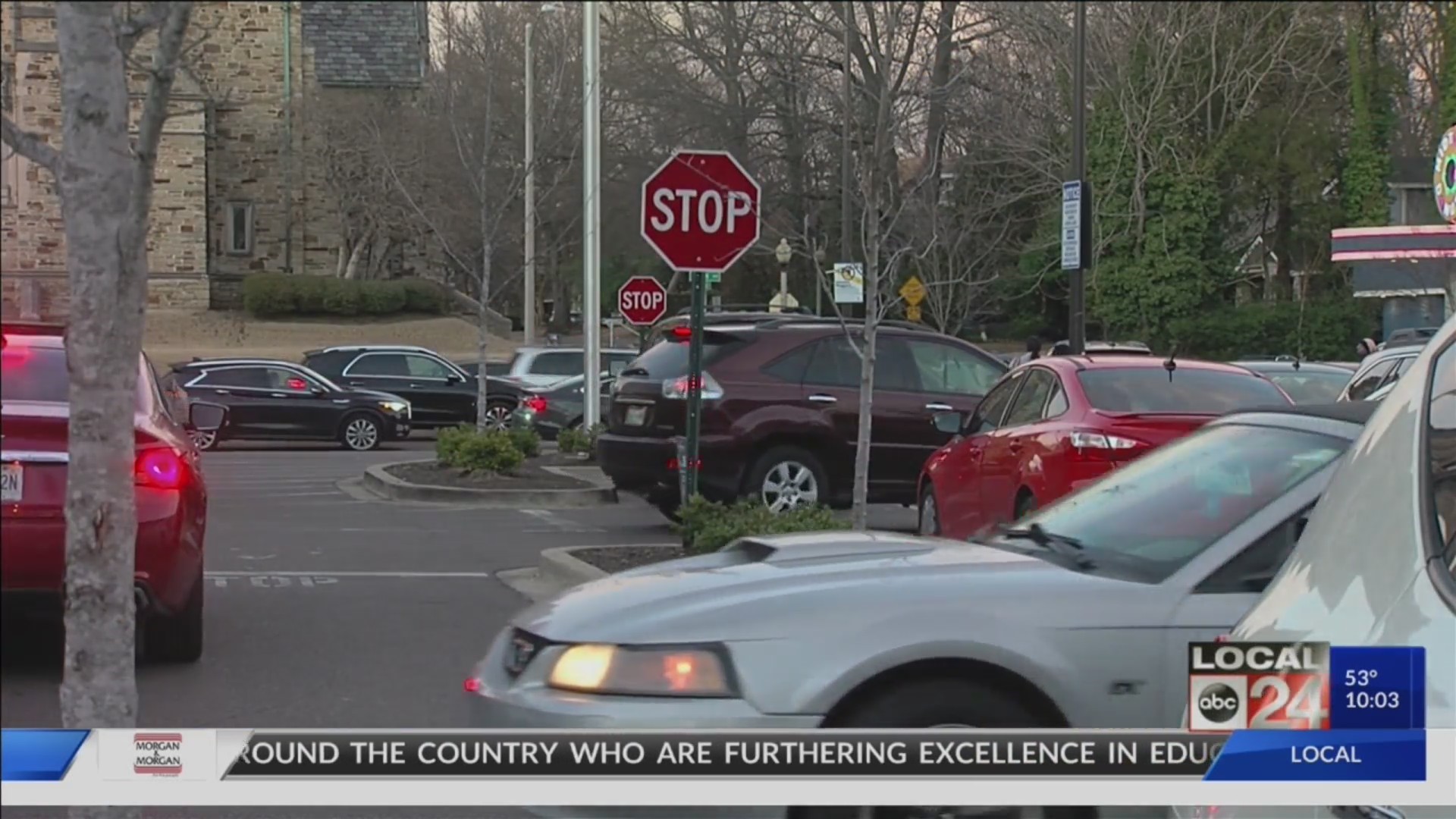 MEMPHIS, Tenn. (localmemphis.com) –  A man hit and killed on the busy stretch of Union Avenue outside Kroger in Midtown Memphis has some calling for change.

A 55-year-old man was carrying groceries home when he was hit.

“It’s just heartbreaking to think that something as simple as going to the grocery could cost you your life,” said Cathy Armstrong, who witnessed the accident.

Narrow lanes plus congestion on Union Avenue puts no driver at ease.

“I don’t like walking with my dogs down that road,” said mother Jenny Garcia who walks to Kroger from her home.

If you’re traveling near the Kroger in Midtown Memphis, there’s even more people turning in and out, and Tuesday it proved deadly. A driver was seen turning out of the store lot around 1 p.m., when she hit a man with grocery bags in the street.

“A gentleman was attempting to cross the street and a car that was turning left, coming out of Kroger hit him,” said Armstrong.

Armstrong travels the area frequently and wants  a crosswalk to the store.

“I know that we all want to get where we’re going as quickly as possible,” she said. “But after witnessing someone who actually lost their life, just trying to do something as simple as buy groceries for themselves, it was pretty unsettling.”

“The Kroger itself is responsible for slowing down and backing up traffic,” said shopper Ceylon Mooney.

Mooney believes the four-stop near at McLean isn’t enough for pedestrians.

“If you’re taking a right in here, then you’re going to have to deal with the crosswalk where people are coming into the store from the sidewalk and that backs traffic up a good bit,” Mooney said.

“I really would say no. Because 35 miles an hour I mean how slower do you want to go?” questioned Reginald Herron, who is also a Kroger shopper.

Armstrong said she previously would have agreed.

Memphis police say the driver did stay on the scene after the crash. So far, no charges have been filed.

The city nearly doubled its number of pedestrian deaths over six years and from 2012 to 2016, ranked among the top 25 large cities for its fatality rate.

Local 24 reached out to the city and this district’s commissioner to see if there are any plans for a crosswalk and is waiting to hear back.